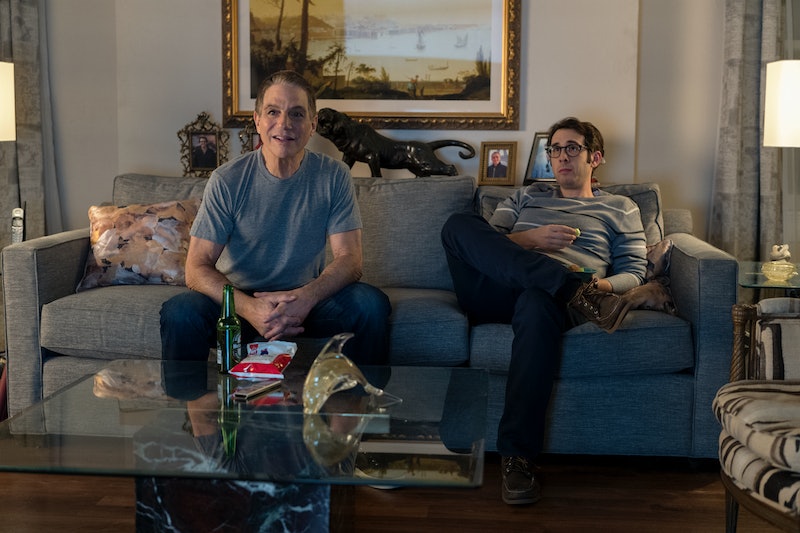 When Josh Groban first released "You Raise Me Up" in 2003, no one could've predicted that 15 years later he'd be the co-lead in a cop drama with Tony Danza, but here we are. After years of small television appearances on shows like The Office and Crazy Ex-Girlfriend and a memorable Broadway debut in Natasha, Pierre & The Great Comet of 1812, iconic singer Josh Groban has taken on his first major television role ever in Netflix's The Good Cop, premiering on Sept 21. However, those familiar with the singer may be surprised to learn that despite his legacy as your mom's favorite crooner, Josh Groban does not sing in The Good Cop, not even the theme song.

It's not surprising for a singer to take on a non-singing role in television or movies and knock it out of the park. Rihanna doesn't sing in Ocean's Eight. Former teen pop singer Brie Larson didn't need to sing to bring home the Oscar for Room. Despite appearing as Wolverine in ten films, song-and-dance man Hugh Jackman never sings once in the entire X-Men franchise. It's not odd for a singer to leave their vocal chops behind for the sake of a show, and The Good Cop has chosen to actively play with the audience's perception of Josh Groban as a straight-laced singer instead of taking the easy route of just having all of Groban's character's police interrogations become musical duets.

In an interview with TV Insider, Groban explained that not only does his character Tony Jr. not sing in the series — the character cannot carry a tune. "I thought it would be funny if TJ was tone deaf and can’t sing to save his life," he says. However, just because Groban won't be singing doesn't mean that he won't be bringing his musical talents to the show. Groban elaborates " [Tony Jr.] can play piano, though, so there’s some father-son accompanying." That's right, Tony Danza will be doing most of the singing in The Good Cop, and the long-time television star even sings the show's theme song.

The irony is not lost on Tony Danza that he, known mostly for playing tough New Yorkers named Tony in Taxi and Who's The Boss?, is doing the singing for a show where he acts opposite Josh Groban.

The fact that Groban doesn't do any singing may seem like an odd choice, but Groban revealed to the Los Angelas Times that the choice to have his character subvert his well-known public persona was an intentional one. "I’m doing it in a tongue-in-cheek way." Groban says, "[Showrunner and creator] Andy Breckman was always going to do things with a wink and a nudge — that did not go unnoticed by me when I read the pilot," Groban fans shouldn't worry that his voice will be absent from the show — he's releasing an album later this year — but don't expect The Good Cop to become a full-on musical any time soon.