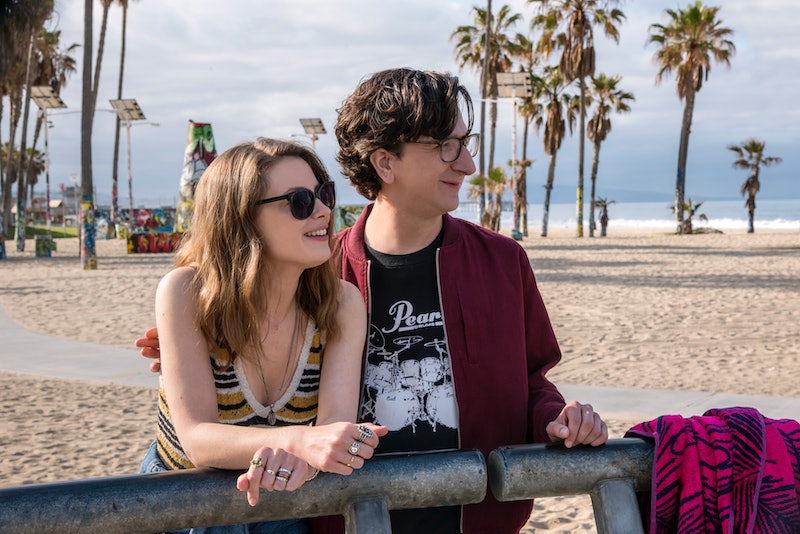 Don't get me wrong, I love Love. But despite its stellar talent — Gillian Jacobs as one of the leads, Judd Apatow behind the camera — it always seemed like an underdog. So the claim that, according to Apatow in a new interview with Vulture, Love allegedly beat House of Cards, presumably in ratings, may seem kind of surprising one. After all, House of Cards coverage is everywhere for a good reason. According to data scientist Sebastian Wernicke, Netflix used data to deliberately create a show that would be every bit as addictive as the likes of Breaking Bad. But while Netflix ratings are a mystery to many, thus making Apatow's words difficult to confirm with hard numbers, in my opinion, Love captures the zeitgeist in a way that House of Cards doesn't.

When asked about the kind of feedback he's gotten on the show considering there are no solid ratings to track, Aparow laughed and said, "Netflix is like, 'We didn’t think anything would beat House of Cards, but you did it.'" And would that really be a surprise? We're living in an age where far fewer cinema-goers pay to see romantic comedies than in, say, the '90s or '00s. There's presumably a whole bunch of reasons why — far less romantic comedies are being made, and there's what Vox calls "the collapse of the mid-budget movie" — but I'd argue that there are also factors beyond the studios themselves.

Like the declining numbers of millennials choosing to marry, with Pew Research Center reporting a record number of Americans who had never married in 2014. Could it be that we've given up, if not on relationships, then on the idea of one relationship to last us the rest of our lives?

Cue Love. It occupies a space somewhere between rom-com heaven (two adorable leads who overcome obstacles to get together) and being entirely opposed to rom-coms. In the words of Paul Rust, who plays Gus, "If we could break up some relationships, we’ve done our work." The joy of Love is that it deliberately refuses to endorse that rom-com philosophy that it's possible to find your happy ending and solve all your problems simply by finding the right person.

Instead, it takes a more refreshing approach. None of the characters' problems are due to the villainy of other people — as Rust explained to Vulture:

The thing that I like about Judd’s work is that usually there are no bad guys. A lot of time, it’s just people getting in the way of themselves. I recognize that’s not always people’s cup of tea. It is something that’s born out of therapy, in which you go, “Oh, right. I’m my own worst enemy. I can’t blame anybody else.”

On one hand, that feels exhausting for all the reasons I guiltily adore rom-coms. There won't be any neat, bow on top, happy ending where everything's worked out in time for the closing credits and the loving duo swoon into each other's arms in front of a sunset or at a wedding (happily foreshadowing their own). But, in its messiness, it feels closer to life. Besides all of which, it's strangely empowering. It suggests that you're not unhappy because you didn't get the guy or girl (or that gender neutral dreamboat), or because you did but it's complicated. You're unhappy because of your own issues.

So if you're craving a rom-com that's a little more realistic and nuanced about relationships and happily ever afters than your average '90s Julia Roberts fare, bump Love Season 2 to the top of your to-watch list. You won't regret it.