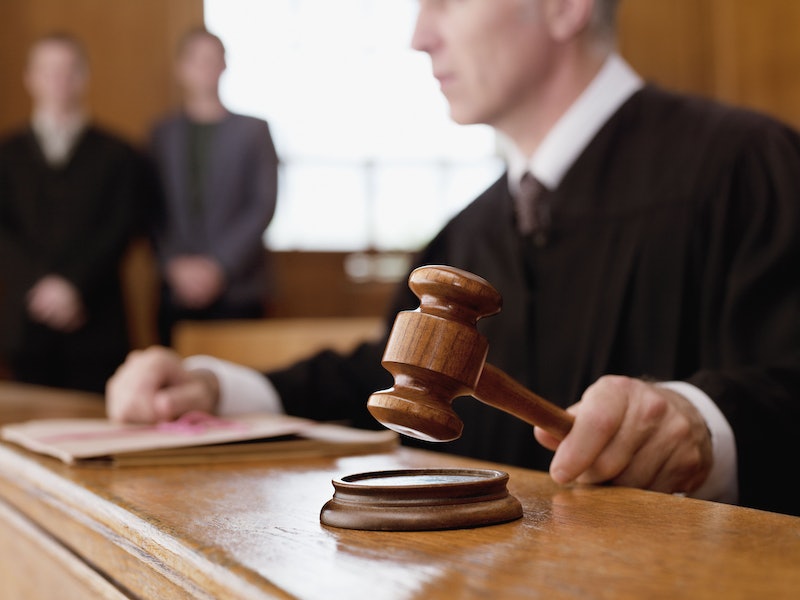 During a recent trial in Canada, a judge called a sexual assault victim "overweight" but complimented her "pretty face," and suggested that she was "flattered" when her assailant forcibly groped her and licked her face. Judge Jean-Paul Braun made the comments while presiding over a case in which a 17-year-old was assaulted by her taxi driver.

The driver was ultimately convicted of assault, but Provincial Justice Minister Stéphanie Vallée has nevertheless filed a complaint against Braun for his comments. Although Braun made the remarks back in May, it was only on Wednesday that a Canadian newspaper, Le Journal de Montreal, obtained recordings of them.

"It can be said that she is a little overweight, but she has a pretty face, huh?" Braun said in the courtroom, according to Le Journal de Montreal. He also implied that the victim was "a little flattered" by the driver's uninvited overtures, because "it was perhaps the first time that he was interested in her."

In addition to commenting on the victim's physical appearance, Braun also suggested that the level of consent required for a kiss is "not the same" as the level of consent required for other intimate contact. "It's not the same consent to kiss someone and consent to [grab somebody's butt]," Braun said, according to the BBC's translation of his comments. "I conclude that he tried to kiss her, that can be an acceptable gesture."

Vallée called the comments "unacceptable," according to CBC News. She has filed a complaint with Quebec's magistrates council, but the council refused to comment on the case. Per protocol, the council will first decide whether to accept the complaint; if it does, it will then carry out an investigation to determine whether or not to sanction Braun, according to the Huffington Post.

"These comments are completely unacceptable," a counselor with CALACS West Island, a support group for sexual assault survivors, told CBC News. "They're unacceptable from anybody, but especially coming from a judge."

Jean-Francois Lisee, the leader of a Québécois political party, called on Braun to recuse himself from future cases.

"This is very serious,'' Lisee said in comments reported by the Huffington Post. "We turn to our judges for wisdom and [upholding] the law, and we have had neither.''

During the May trial, Braun also went out of his way to commend the 49-year-old assailant's presentation and manners.

"He looks good and doesn't seem his age," the judge said, according to CBC News. "We can see from his testimony … that he has nice manners and that he likes to wear cologne — with Versace when he goes out, and with other less-expensive colognes during the week."

This isn't the first time a Canadian judge has been criticized for comments they made during a sexual assault trial. In 2014, then-judge Robin Camp asked an alleged rape victim why she couldn't "just keep your knees together" to prevent her assault, and incorrectly referred to her as "the accused" throughout the trial. The Canadian Judicial Council launched a 15-month review of the case and concluded that Camp "relied on discredited myths and stereotypes about women and victim-blaming during the trial," and Camp resigned in 2017.

In a similar episode that attracted nationwide attention in the United States, a Montana judge said that a 14-year-old rape victim was "older than her chronological age" and "as much in control of the situation" as the man who pleaded guilty to raping her. The victim took her own life while the case was pending; the judge, G. Todd Baugh, ultimately sentenced the girl's rapist to 31 days in prison, and was later given a lifetime achievement award by his local bar association.