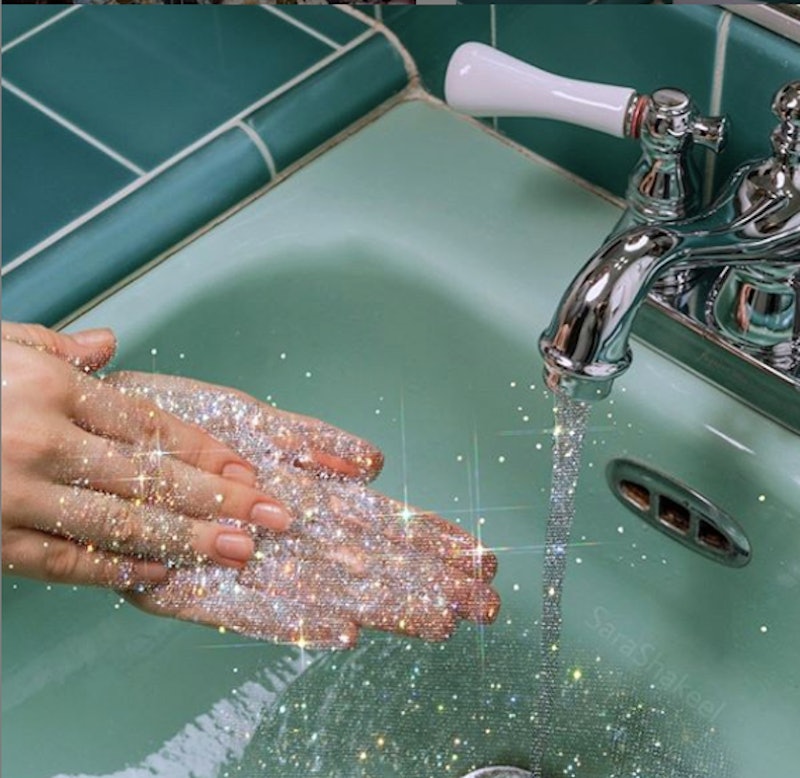 As news on the coronavirus pandemic rolls on a loop, celebrities have taken to social media to urge fans to wash their hands thoroughly, in order to prevent further spread of the disease. And it's making for a great playlist...

Last week, soul singer Gloria Gaynor led the A-list squad, posting a video to Twitter and TikTok, while washing her hands to her legendary disco hit 'I Will Survive'.

Next up, The Killers’ frontman Brandon Flowers, who posted to the bands Twitter and Instagram on 16 March, singing of one of our old-school favourites, 'Mr Brightside', to himself in the bathroom mirror – while washing his hands, of course. It's a great a cappella rendition.

Flowers' video was in response to the uplifting footage of an Italian neighbourhood singing the same chorus in unison from their balconies, while quarantined. It's worth watching back and joining in from your sofa.

Then there's the Dame herself, Judi Dench, who literally purrs her way through the classic children's poem by Edward Lear, 'The Owl and the Pussycat', alongside writer, speaker and former MP, Gyles Brandreth. The post to Brandreth's Twitter and Instagram was entitled a "public service poem", and it's exactly the kind of announcement we're here for right now.

Meanwhile, actor Hugh Jackman had to post a "take two" of his hand washing video, after fans called him out for leaving the tap running throughout in take one. Sadly, he didn't treat us to a song from The Greatest Showman or Les Misérables, instead just offering the sound advice: "Wash your hands - but don't keep the tap running."

Never one to miss out on the musical spotlight, Mariah Carey and her two children washed their hands in a golden sink, to Dirty Ol' Bastards remix of her 1995 hit 'Fantasy'.

Others are taking the recommended 'Happy Birthday' to the next level – cue the inimitable Billy Porter, dressed in faux fur and Swarovski crystal-encrusted spectacles, while serving his hand washing technique in style.

For more hand wash soundtracking, this Twitter thread gone viral has some solid suggestions - and a few of our fave celebs jazzing up your hygiene routines to boot: