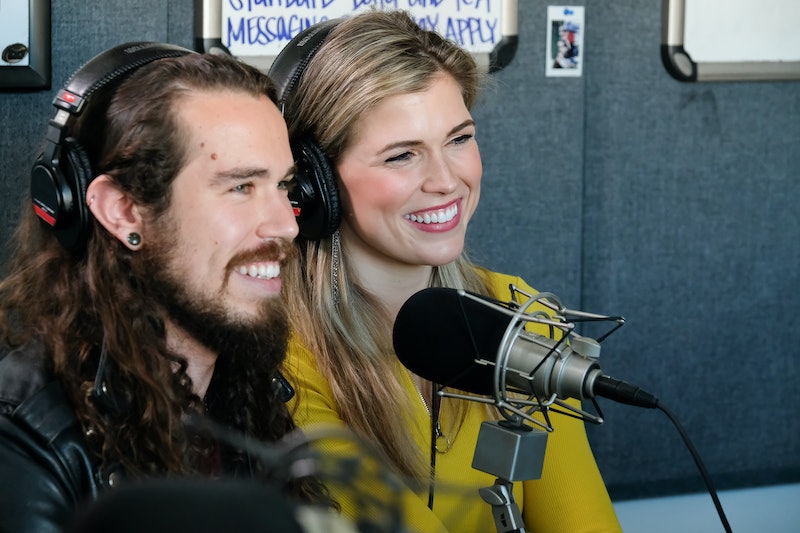 Having caught the eye of both Sheridan and Josh, Julia from The Bachelor: Listen to Your Heart already seems to be a hot commodity on the show. And it's easy to see why: her inspiring backstory makes her someone you want to root for. Learn more about her below.

Who Is Julia from Listen to Your Heart?

The 27-year-old from Wayne, Pennsylvania, wears a lot of hats: according to her Instagram bio, she's a musician, model, and actress. She's also an entrepreneur: Julia explained on the show that she was born with cystic fibrosis, which inspired her to create a nonprofit organization that funds music therapy for children's hospitals. On top of that, she's a former pageant queen who won the titles of Miss Philadelphia and Miss Pennsylvania Teen.

What Kind of Music Does Julia Make?

Per her ABC bio, Julia is a pop singer who began recording professionally at 15. She released her most recent single, "Wishing Well," earlier this month.

Julia's Instagram is full of modeling shots, adorable videos with her pup Boo Radley, and videos of her dancing for the Jumbotron at a Sixers game that apparently caught a lot of attention. More than anything, though, Julia's social media makes her passion clear.

"Music is in my soul. I've felt it since literally day 1. So when this opportunity knocked on my door, I answered," she captioned a February post of her singing as a kid, seemingly referencing Listen to Your Heart. "It's exciting and terrifying and overwhelming and beautiful. It's my life. My fears. My joy. My dreams. My greatest leap of faith and vulnerability. But in the words of one of my idols, 'I'm on the right track baby, I was born to be brave.'"

Hopefully it will be worth the leap.

Is Julia Single After The Bachelor: Listen to Your Heart?

From the start of the season, Julia has found herself drawn to two very different guys. There's Brandon, with whom she shares an intense physical attraction, though he’s shown interest in several other women. Then there’s Sheridan, who has been extremely vulnerable and honest about his intentions, making it clear that he has feelings for Julia and Julia alone. So, naturally, she’s leaning more toward Brandon. However, that could all change now that he gave his rose to Savannah over her during last week’s elimination ceremony. Let’s hope this puts an end to this ongoing love triangle once and for all before someone’s heart — most likely Sheridan’s — gets broken in the process.