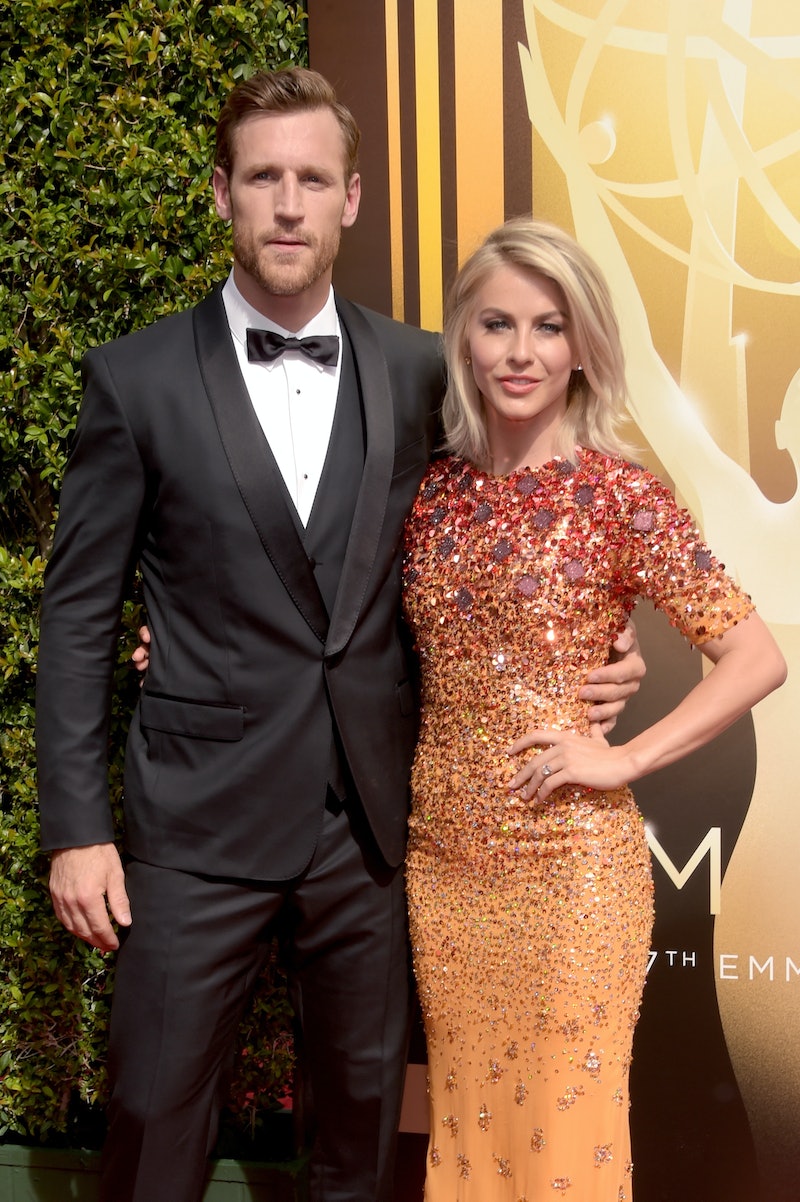 It looks like Julianne Hough and Brooks Laich will be dancing with one another for life. Hough and Laich got married on Saturday, as People exclusively reported. The actor and Dancing With the Stars judge officially tied the knot with the NHL player on Saturday during an star-studded ceremony near Coeur d'Alene, Idaho, the same city in which Laich popped the question two years ago. When speaking about her wedding ceremony, the dancer-singer-actress told People, “I don’t think I ever really necessarily dreamed about my wedding as a kid. But I know I will always cherish and remember it for the rest of my life.”

The ceremony boasted an all-star guest list which included Hough's own brother Derek, who served as a groomsman, The Vampire Diaries' Nina Dobrev as well as Aaron Paul and Mark Ballas, accoring to People. Hough was walked down the aisle by her father, and the couple's adorable set of Cavalier King Charles Spaniels acted as the event's ring bearers. The wedding was designed and planned by Troy Williams of Simple Troy Lifestyle + Events. The bride wore a custom-made, white Marchesa gown and accented her look with Lorraine Schwartz jewelry, meanwhile Laich kept things simple in a Brooks Brothers tuxedo, according to People.

According to E! News, the newlyweds began dating in 2013, after meeting through a mutual friend. Just two years later, they announced their engagement via a sweet Instagram photo posted by Hough.

"We are overwhelmed with joy and excitement to share with you our recent engagement! #fiancé #love," she captioned a photo of the two embracing each other. Laich later took to his own Instagram and posted the same photo with the same caption.

Hough previously gushed about her relationship with the hockey player in an interview with Redbook, opening up about how she knew he was the one.

And it sounds like wedded bliss for the newlyweds.