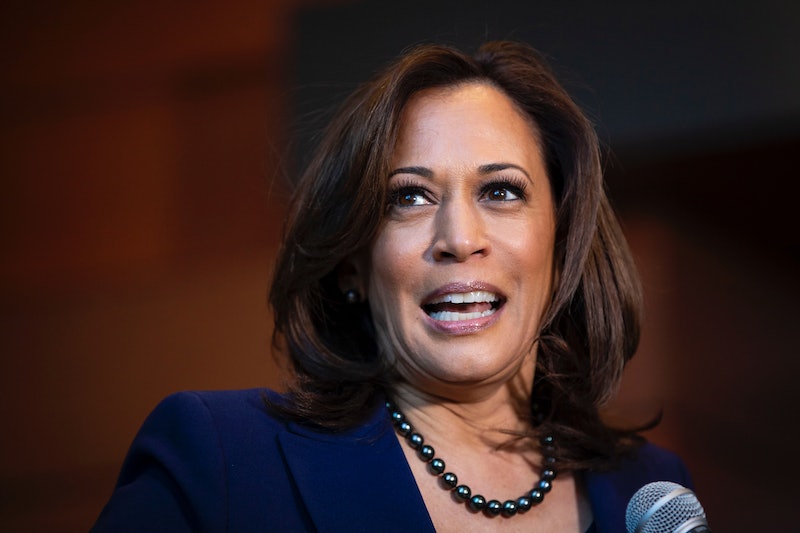 In her first town hall meeting as a presidential candidate, Sen. Kamala Harris backed Medicare For All, and that she has no problem abolishing private health care entirely. CNN host Jake Tapper asked the California senator Monday about the single-payer bill that she's endorsed, which would provide everybody with free or low-cost health care and largely wipe out the private insurance market.

"I believe [the bill] will totally eliminate private insurance," Tapper said at the forum. "So for people who out there who like their insurance, they don't get to keep it?

"Well, listen, the idea is that everyone gets access to medical care," Harris responded. "You don't have to go through the process of going through an insurance company, having them give you approval, going through the paperwork, all of the delay that may require. Who of us has not had that situation? Where you gotta wait for approval and the doctor says, 'well, I don't know if your insurance company is gonna cover this?' Let's eliminate that, let's move on."

The legislation in question was originally introduced by Bernie Sanders, who's been championing single-payer health care — also known as Medicare For All — for many years and made it a signature issue in his 2016 presidential run. After he unveiled the latest version in 2017, over a third of the Senate Democratic caucus co-sponsored it.

Single-payer health care is wildly popular among rank-and-file voters, and has received majority support from both Democrats and Republicans in several recent polls. In a survey released Friday by the Kaiser Family Foundation, 56 percent of respondents said they support Medicare For All, while an August poll by Reuters found that 70 percent of adults are in favor of the policy. In both of those surveys, the majority of Republican voters — 52 percent in the Reuters poll and 53 percent in the one by Kaiser — said that they support single-payer.

The phrasing of Tapper's question to Harris was a reference to Barack Obama's claim, which he made several times prior to the passage of the Affordable Care Act, that "if you like your health care plan, you can keep it." That turned out to be untrue; although the law gave health coverage to around 20 million people who didn't have it before, 3.5 million Americans' existing insurance policies were initially canceled under Obamacare when it first took effect in 2013.

Polling data suggests that this is an important point for Democrats to consider as they propose expanding health care. In the Kaiser survey, support for a voluntary Medicare For All system, in which Americans would have the option of keeping their existing private insurance plans, was 18 percent higher than support for "pure" single-payer, which would abolish private insurance altogether.

Harris isn't the only Democratic presidential contender to throw her support behind single-payer. Of the declared candidates so far, Sens. Elizabeth Warren and Kirsten Gillibrand, Julian Castro, Rep. Tulsi Gabbard, South Bend Mayor Pete Buttigieg and entrepreneur Andrew Yang have all either expressed support for or outright endorsed Medicare For All. Sanders and Sen. Cory Booker, both of whom have reportedly been weighing presidential bids, also support the policy.