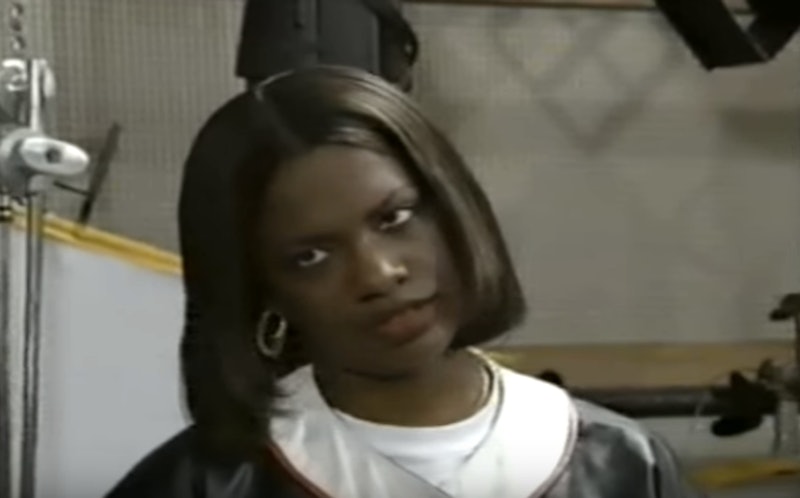 TheMMCchannel/YouTube
By Allyson Koerner
May 31, 2017

Here's a little '90s throwback for my fellow Real Housewives fans. If you haven't seen this yet (the video was originally uploaded in 2011), there is a Mickey Mouse Club video with Kandi Burruss, Justin Timberlake, and Ryan Gosling that Bravo viewers, but especially Real Housewives of Atlanta fans, need to watch immediately. Back in the day, Burruss appeared on the Disney Channel hit series alongside her former girl group, Xscape. Let's just say that they had quite the interaction with Timberlake and Gosling.

As you can and must watch for yourself below, the La La Land actor and former *NSYNC member are really interested in why the four women decided to call themselves Xscape. Gosling and Timberlake come up with some pretty over-the-top theories, but Burruss, Tameka "Tiny" Cottle, Tamika Scott, and LaTocha Scott, explain that their group name has nothing to do with explosions or terrorists. Yes, those are the ideas presented by the two young men.

Obviously, Gosling and Timberlake are beyond adorable in the video, but what makes the clip so amazing is Burruss. I am a huge fan of RHOA and consider the reality star my favorite of that particular series, so to see her back in the '90s chilling with her band and these two celebs who are now super famous is beyond entertaining.

Plus, it's good to see that Burruss hasn't changed one bit. The woman Real Housewives fans see on TV is the same as she was in the '90s. She has the same facial expressions and her attitude is on point. Oh, and she even told Gosling and Timberlake about Xscape, "We wanted to do our own thing. We don't want to do everything that everybody else was doing already." Doesn't that sound like something 2017 Burruss would say?

To prove my point further, here is a gif of Burruss from her time on The Mickey Mouse Club:

And here is a gif of her on RHOA:

Kandi Burruss has always been a woman who doesn't have time for nonsense and will let you know without saying one word.