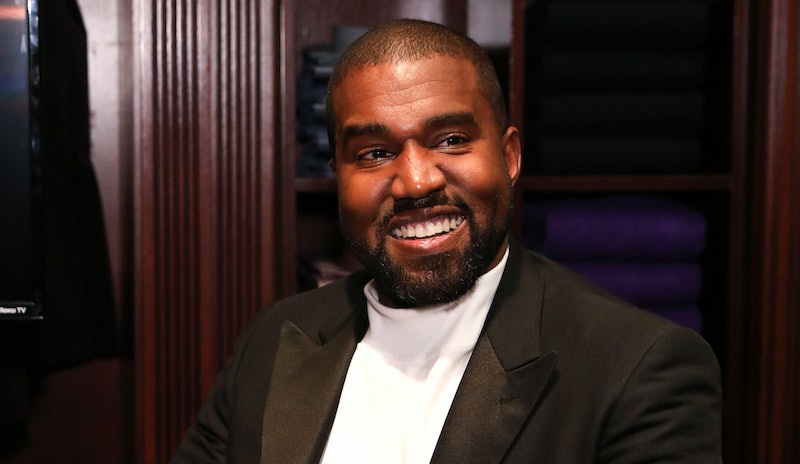 Rapper and “Make America Great Again” devotee Kanye West implied he’ll vote for Donald Trump in the November presidential election. In an interview with GQ published on April 15, West cited better “real estate” for his preferred presidential candidate and pointedly said, “And we know who I’m voting on.” The Jesus is King rapper also added that he is “definitely voting this time” after he sat out the 2016 presidential election, but declared that he “would’ve voted for Trump" if he voted.

“I’m definitely voting this time; and we know who I’m voting on,” West said, heavily implying he would be voting for Trump. “I’m not going to be told by the people around me and the people that have their agenda that my career is going to be over, because guess what: I’m still here!” Citing the success of Jesus is King, he said, “I was told my career would end if I wasn’t with [Hillary Clinton]. What kind of campaign is that, anyway? That’s like if Obama’s campaign was ‘I’m with black.’” West continued, “What’s the point of being a celebrity if you can’t have an opinion?”

West also addressed the political dissonance of proudly sporting a MAGA hat after once proclaiming that “George Bush doesn’t care about black people.” He told GQ, “I buy real estate. It’s better now than when Obama was in office.” West continued, “They don’t teach you in school about buying property. They teach you how to become somebody’s property.”

The GQ interview comes after West addressed the tolls of his advocacy for Trump in an interview with WSJ Magazine in March. "I'm a black guy with a red [MAGA] hat, can you imagine?" West told WSJ. "It reminded me of how I felt as a black guy before I was famous when I would walk in a restaurant, and people would look at you like you were going to steal something.” He continued, “‘This is your place, Ye, you're black, so you're a Democrat.'"

West and Trump’s friendship dates back prior to the 2016 presidential election. When West met with Trump at Trump Tower a month after he won the presidency in December 2016, Trump told reporters that the two have been “friends for a long time.” West later tweeted that they met to “discuss multicultural issues.” He wrote in now-deleted tweets, per CNN, “I feel it is important to have a direct line of communication with our future President if we truly want change." Change doesn't sound so bad.