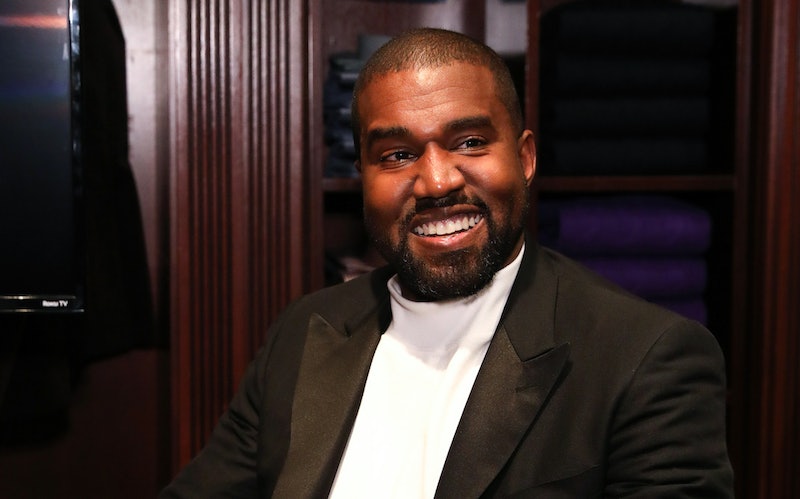 Attendees of “Brunchella” may have felt bamboozled, hoodwinked, and led astray. Kanye West’s latest Sunday Service concert is drawing Fyre Festival comparisons. On Friday, Nov. 1, the “Jesus Walks” rapper and his Sunday Service choir performed at Bethany Church in Baton Rouge, Louisiana to promote his newest album, Jesus is King. While admissions for the concert was free, guests were given the opportunity to opt for a $55 “Brunchella” breakfast buffet, which would raise money for the church, according to Entertainment Tonight.

Concertgoers, however, weren’t exactly satisfied with the offerings, which included some pancakes, bacon, and sausage patties on a Styrofoam plate. On social media shortly after, the comparisons between “Brunchella” and the ill-fated Fyre Festival poured in with the hashtag #YeezyFyreFestival following suit. In a Facebook post shared on Twitter, one concertgoer wrote alongside a photo of her meal, “This is the wonderful & COLD brunch BUFFET we are being served by Boil & Roux Br. & the server looked at me crazy when I asked for another pancake.”

After the photos circulated, the event caterers Lauryn's Fine Catering took responsibility for the meals in a statement issued to the Daily Mail and TMZ. The statement said that West and the Sunday Service “should be disassociated with such claims surrounding the food at the event." It read, in part, “The catering company acknowledges it did not provide adequate food for ONE attendee and a social media post went viral. Any further inquiries or food complaints associated with the event can be directed to Lauryn's Fine Catering."

“Brunchella,” of course, invoked the ill-fated luxury music festival Fyre Festival that experienced a swift rise and fall in April 2017. The disastrous festival, orchestrated by Fyre CEO Billy McFarland, resulted in a legal storm after it fell apart due to poor planning and execution. The inaugural weekend left thousands of concertgoers stranded on the Bahamian island of Great Exuma with virtually no infrastructure and sad cheese sandwiches. McFarland was sentenced to six years in prison for fraud in October 2018.

More like this
The 12 Most Controversial & Unexpected Grammy Moments Ever
By Jake Viswanath
Taylor Lautner Thought Taylor Swift's 2009 VMAs Interruption Was A "Skit"
By Alyssa Lapid
Everything You Need To Know About Kanye's Post-Kardashian Dating Life
By Bustle Editors
The Meaning Of Steve Lacy’s “Bad Habit” Lyrics
By Radhika Menon
Get Even More From Bustle — Sign Up For The Newsletter
From hair trends to relationship advice, our daily newsletter has everything you need to sound like a person who’s on TikTok, even if you aren’t.