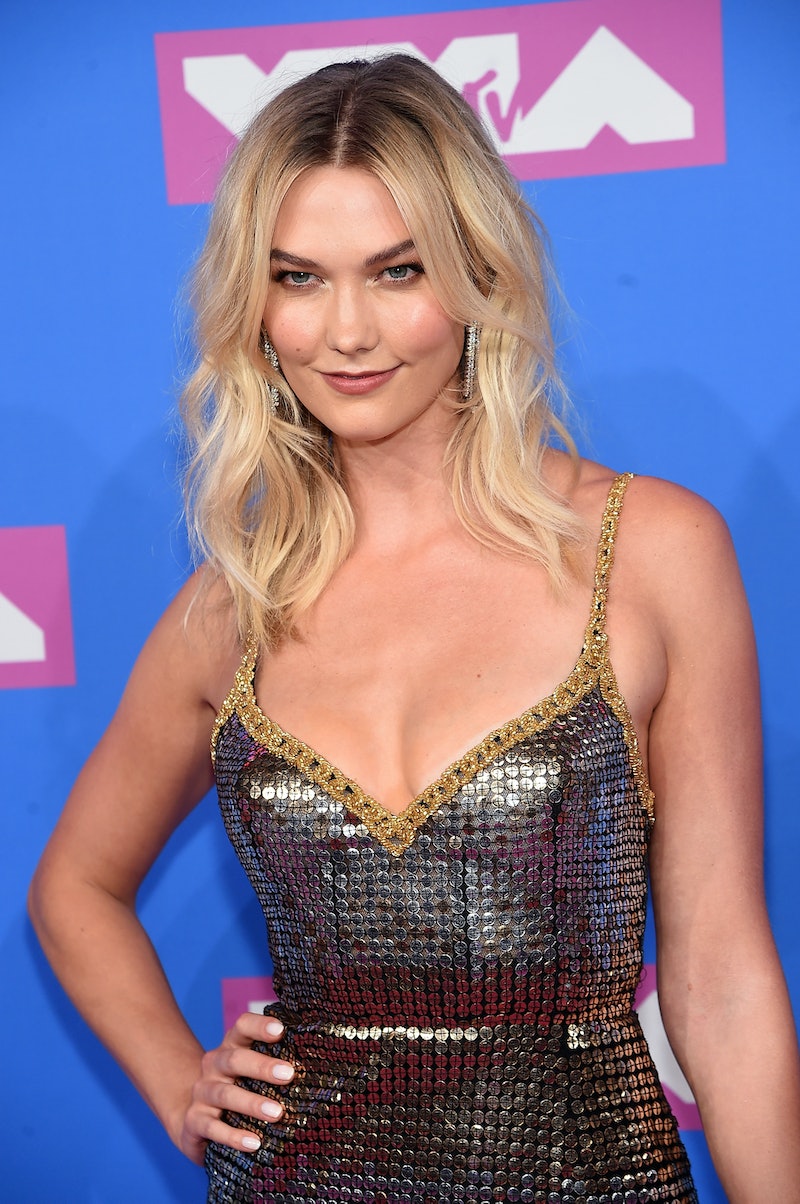 On Oct. 18, Karlie Kloss dropped a major surprise on Instagram: A wedding photo. According to that Instagram photo, Karlie Kloss married Joshua Kushner on Thursday. In the photo's caption, Kloss simply wrote the date, "10.18.2018," accompanied by a heart emoji. A rep for the model and host confirmed to People that Kloss and Kusher tied the knot on Oct. 18.

People reported that Kloss and Kushner's wedding was a small, intimate Jewish ceremony at a venue located in upstate New York; less than 80 people were in attendance. The publication reported that the couple reportedly will "host a larger celebration for friends and loved ones in the spring." Kloss reportedly wore a custom Dior gown during the nuptials. It hasn't been publicly reported if Kloss' friend Taylor Swift or Kushner's brother Jared were in attendance or had roles in the wedding

Kloss and Kushner confirmed their engagement earlier this year in a July 24 Instagram post. Kloss posted a sunset selfie of herself and Kushner, which she captioned: "I love you more than I have words to express. Josh, you’re my best friend and my soulmate. I can’t wait for forever together. Yes a million times over 💍."

Kushner further confirmed the couple's engagement on his own Instagram account. On Jul 24, he posted a photo of Kloss in what looks like Random Internation's Rain Room exhibit. He captioned the photo with one word: "fiancée ❤️." According to People, Kushner reportedly proposed to Kloss in Upstate New York.

As confirmed by Kloss on Instagram, she and Kushner met in June 2012. She captioned a romantic 2016 selfie with the following: "Four years ago today I met my best friend. I love you more everyday." The duo was first publicly spotted together a few months later at the 2012 Victoria's Secret Fashion Show afterparty.

Throughout the years, the couple has documented many of their globetrotting trips together, including attending Coachella in 2013, and traveling to Iceland in 2013 and Burma in 2014.

Earlier this year, People reported that Kloss reportedly converted to Judaism, Kushner's religion, in June 2018, signaling that the couple could be ready to take the next step.

Kushner is a businessman who is the founder and managing partner of the venture fund Thrive Capital. He is also the younger brother of Jared Kushner, who is the senior adviser to President Donald Trump. And that means the younger Kushner's sister-in-law is Ivanka Trump.

Kloss is a model, known for her stint as a Victoria's Secret Angel, and the founder of Kode With Klossy, a national computer programming coding camp for girls launched in 2015. Last week, Variety reported that Kloss is going to be the new host of Project Runway when it returns to Bravo for its upcoming season. “As someone who grew up watching Project Runway, I could not be more excited to host and produce a series that provides a platform to aspiring American designers as they pursue their creative and entrepreneurial dreams,” she told the publication.

Many congratulations to the happy couple.