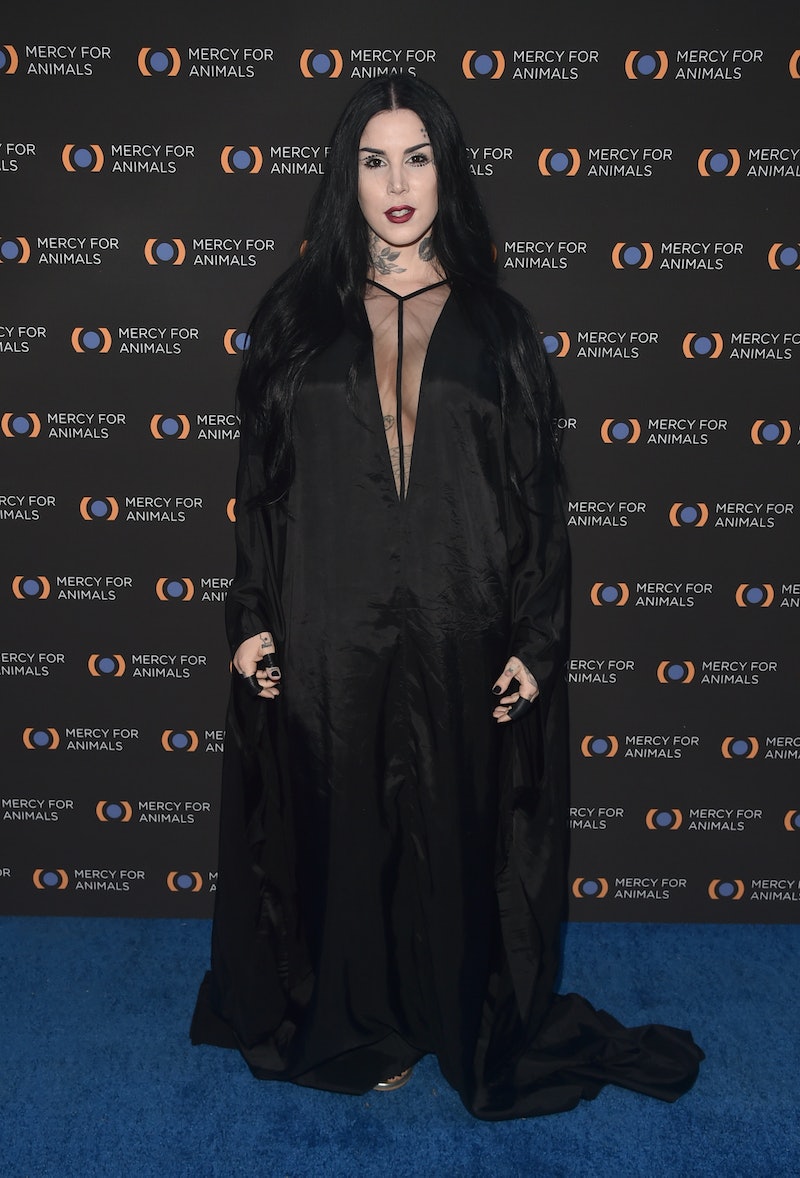 Kat Von D getting a tattoo isn't exactly a surprise. She is a tattoo artist, after all. Kat Von D's new tattoo completely blacking out her arm, though? Well, that's another story.

Von D, creator of an eponymous makeup brand Kat Von D Beauty and owner of High Voltage Tattoo, took to her Instagram account on Nov. 4 to showcase her latest tattoo, and it was a big one. According to Cosmopolitan UK, the brand owner explained in now deleted comments that she chose to get the all black tattoo over her forearm to cover up older designs. In responses to fans, Von D allegedly explained that she's tried getting laser treatments to remove the old pieces as well as additional tattoos as cover-ups, but the result just ended up making her arm look "blurry." That's certainly not the case anymore.

The tattoo, done by artist Hoode who appears to specialize in blackout pieces, covers nearly all of Von D's forearm, beginning at her wrist and extending all the way past her elbow. In slides posted to her IG stories, fans can see multiple views of the deep black ink coating her arm as well as the residual swelling along her elbow caused from getting the tattoo done.

While the tattoo covers the vast majority of Von D's forearm, Hoode left some of the beauty brand owner's original art visible. When she flips over her arm, a tetrahedral kite is still visible on Von D's skin.

The tattoo artist posted about the kites and her tattoo just a few days before getting the new all black ink. In the post, Von D explains that she had a tetrahedron in she and her partner's garden for years until, due to its wooden composition, it began to waste away. She recently had one rebuilt by an artist, and the shape will be the cover of her upcoming album. Clearly, she has a connection with the kite as it's the only tattoo (created by artist Dillon Forte) that she did not cover on her arm.

While some celebrities have opted for subtle cover-ups of old tattoos (like Ariana Grande's Myron tattoo), Von D went full steam ahead with her black out ink. Honestly, the result is pretty amazing.