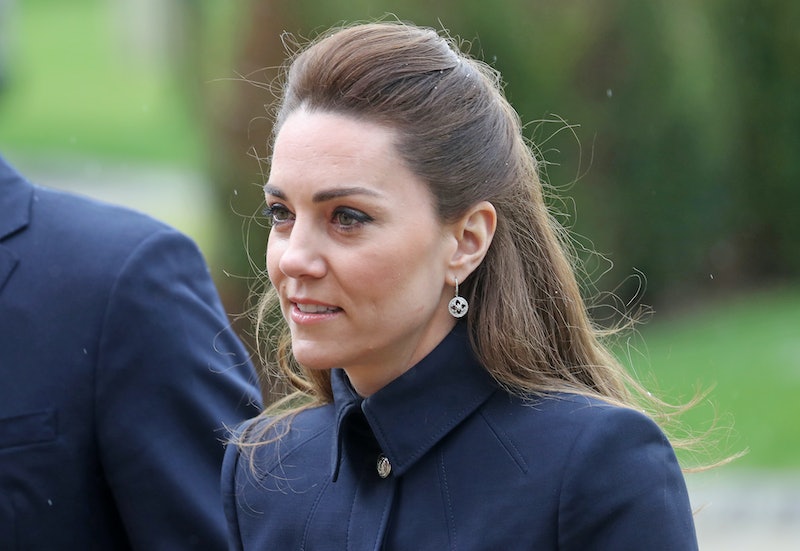 February 11 marks the 10th anniversary of designer Alexander McQueen’s untimely death, and Duchess Kate Middleton celebrated his legacy with a recent look. For an appearance at the new Defence Medical Rehabilitation Centre in Loughborough, she wore a long navy skirt and military jacket from the brand. She finished her outfit with a black mini bag complete with top-handle. On her feet were suede pointed-toe knee-high boots.

While she did not speak specifically to the choice to wear the late designer’s pieces, it’s hard to imagine her look was merely a coincidence. Middleton’s style choices are often intentional, whether she's wearing a local designer on a trip abroad or mixing in affordable high street brands.

Of course, Middleton is a documented fan of the fashion house. Not only has she worn several Alexander McQueen looks over the years to various appearances, but her iconic wedding dress was designed by the current Creative Director Sarah Burton in 2011.

That she wore Alexander McQueen on the 10th anniversary of the designer's passing is a sweet and subtle nod to his enduring legacy. It's especially touching in the middle of a Fashion Month as Burton prepares to debut the brand's Fall 2020 collection.