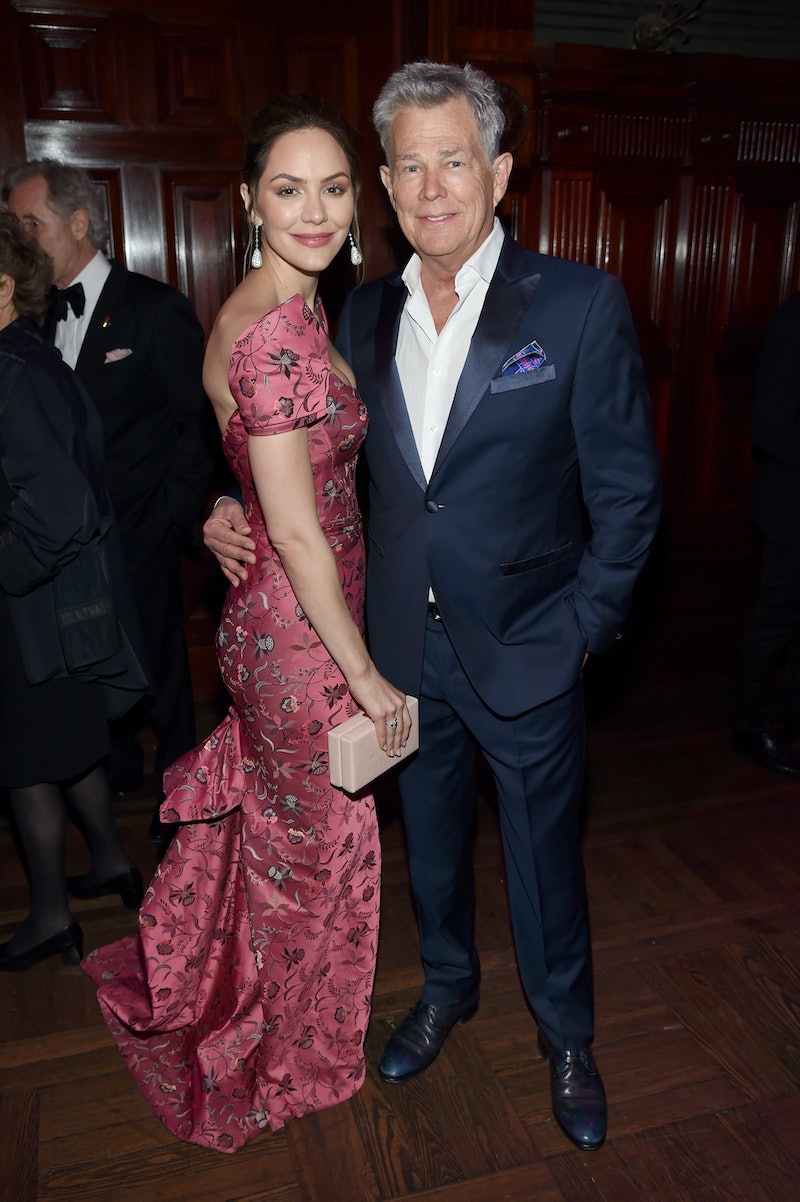 Wedding bells are ringing — and Katharine McPhee commemorated her big day with some singing. McPhee married David Foster on Friday, June 28, in London at the Church of Saint Yeghiche in South Kensington, per People. But the day is actually doubly meaningful for the newlyweds.

McPhee tweeted news of her nuptials, and revealed to fans that her and Foster's wedding happened on a very special anniversary for the pair. The Smash star tweeted:

"Exactly 13 years ago today my very first single, "Somewhere Over The Rainbow," was released right after Idol. Today, I'm marrying the man who produced it. Life is full of beautiful coincidences, isn't it? Thank you for taking me over the rainbow, David."

Alongside the caption, the new Mrs. Foster posted a throwback video of herself singing the song while her future-husband accompanied on the piano. It was also revealed that Foster played piano at McPhee’s February 2008 wedding to her first husband, Nick Cokas. McPhee and Foster originally met in 2006, while McPhee was a contestant on American Idol. It is the second marriage for McPhee and fifth for Foster, who was most recently married to former Real Housewives of Beverly Hills star Hadid.

People reports McPhee wore a gown by designer Zac Posen, who was also a guest at the event. Meanwhile, Foster donned a tuxedo by Stefano Ricci. Around 150 guests reportedly attended the wedding, including all of Foster's children. One of Foster's daughters, Erin posted a picture of herself and boyfriend Simon in their wedding wear with the caption, "Le Wedding." In the past, Erin and her sister Sara have lovingly joked about the 34-year age difference between their father, 69 and McPhee, 35. "Excited about my new stepmom," Erin jokingly wrote on her Instagram Stories in December 2017, continuing: "My parents."

The Scorpion actor also gave her followers a peek into her pre-wedding prep. On her Instagram Stories, she posted a video of her getting a facial in the hours before her vows. "The secret to a calm and collected bride," she wrote. "And maybe a little Xanax. But this girl makes me feel soooo good."

Foster, who is a prolific music producer, proposed to McPhee on a vacay in Anacapri, Italy, in July 2018. McPhee announced the engagement on Instagram amidst a difficult period in her life. Following the passing of her father, McPhee shared her father's excitement for the love she found with Foster. Alongside a photo of herself holding up her gorgeous engagement ring, McPhee wrote:

"My dad was so happy for me. My ring was the last thing I showed my dad before he passed and makes me smile when I look at this as a reminder of our last conversation. And now I'm ready to share with all of you what has been my sunshine amongst this painful loss. My love wisely said to me the other day that 'death is the only thing that is 100 percent inevitable and the thing we are least prepared for.' So today we're celebrating life and not forgetting love."

Clearly, the couple that harmonizes together, stays together. Congratulations to the couple!