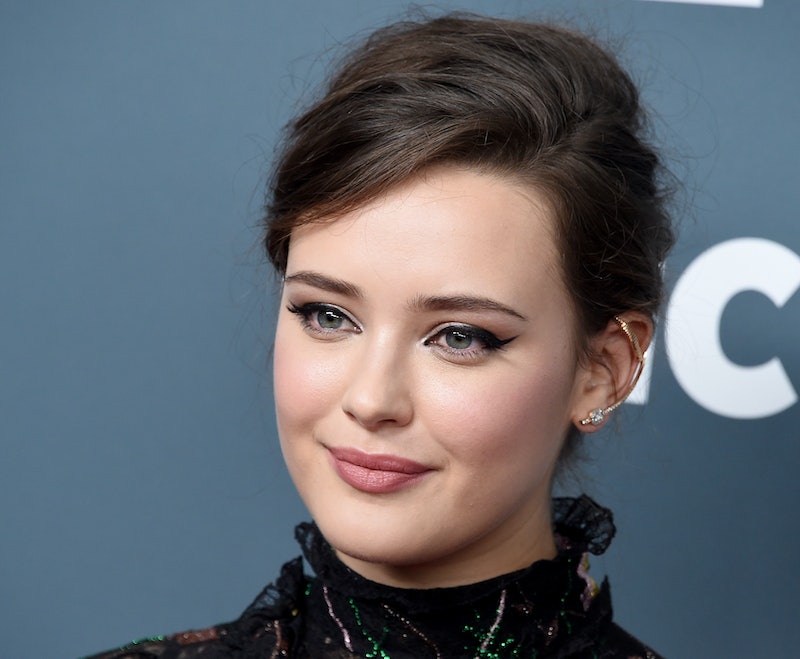 As it turns out, the actor's mystery role was cut from the film, but we now have more insights into the role she was slated to play — and it's seriously so unexpected. In conversation with Josh Horowitz on his Happy Sad Confused podcast, directors Joe and Anthony Russo revealed that Langford actually played the teenage version of Tony Stark's daughter, Morgan Stark. Wait, what? Yes, it's true. As Joe Russo explained to Horowitz in his podcast,

"There was an idea that we had that Tony was going to go into the metaphysical way station that Thanos goes in when he snapped his fingers. And that there was going to be a future version of his daughter in that way station.” He continued, “The intention was that his future daughter, because these films are dealing with magic, his future daughter forgave him and sort of gave him peace to go. And the idea felt resonant. But it was just too many ideas in an overly complicated movie."

Honestly, the addition of a future Morgan Stark would have probably just given us more perilous feels times 3,000. We're still pretty much reeling from Tony and Peter Parker's reunion during the big battle scene against Thanos an entire week after the fact.

So, why was the scene cut in the first place? According to the directors, test audiences had a difficult time following the addition of a brand new face in the already-familiar universe. Anthony Russo said of the scene, "What we realized about it was we didn't feel an emotional association with the adult version of his daughter. So it wasn't ringing to us and resonating with us on an emotional level."

Avengers: Endgame follows the remaining Avengers (Captain America, Bruce Banner, Black Widow, and Thor) as they concoct a risky plan to bring back their allies vanquished by supervillain Thanos, as seen at the end of Infinity War. As Variety reported, the superhero flick experienced massive box office success, becoming the second-highest grossing film of all time. Endgame grossed over $2 billion in sales in just 11 days, surpassing cinema giants such as 1997’s Titanic.

According to the directors, Iron Man's ultimate demise was the most challenging aspect to bring on screen. In an interview with The Hollywood Reporter earlier this month, the Russo brothers said they sought Robert Downey Jr.’s approval for the storyline. Anthony told THR, "Once we decided we wanted this kind of ending for the character, we certainly wanted to make sure Robert was comfortable with it, just because of his enormous contribution to the MCU. I think Downey may have had mixed emotions about thinking about [where Tony Stark ends up in Endgame], but I think at the end of the day, he totally accepted it."

Suffice to say, Tony Stark's fate isn't something we've totally accepted just yet. As for Langford's deleted scene as Morgan Stark, perhaps Marvel fans will get a chance to see jer performance in the future. Deleted scene features in the film's packaged release, anyone? Given her father's fate, it's what we deserve.