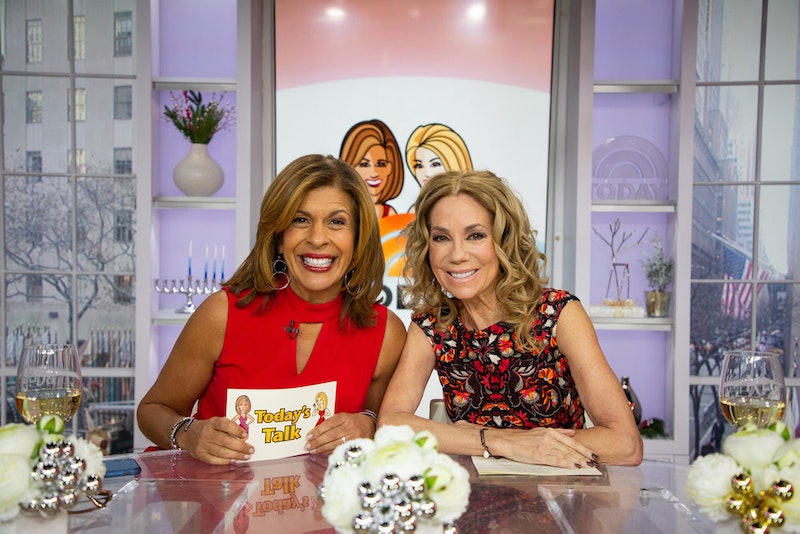 After hosting alongside Hoda Kotb for more than a decade, Kathie Lee Gifford announced she is leaving the Today show on her 11th anniversary, in April 2019. Gifford announced the bittersweet news during her Tuesday morning segment of the franchise on Dec. 11. She has been hosting the show's daily fourth hour since 2008.

In addition to Gifford's tearful on-screen announcement, NBC News chief Noah Oppenheim wrote a memo to the staff, obtained by Deadline, which goes into further details about Gifford's departure and the reason behind this major transition. “As we all know, Kathie Lee’s plate has been overflowing lately with film, music and book projects, and after giving us eleven extraordinary years, she’s decided to focus her attention full-time on those other creative endeavors,” Oppenheim wrote, as per Deadline. He also shared a special message from Gifford herself, which reads as follows:

"In 2008, I joined the TODAY Show family intending to spend one year. But something unexpected happened along the way: I fell in love with a beautiful, talented, extraordinary Egyptian goddess named Hoda, and an amazing group of individuals who work tirelessly and joyfully at their jobs, many of them starting at midnight, creating an unprecedented four hours of live television. I stayed year after year making a million memories with people I will never forget. I leave TODAY with a grateful heart but I’m truly excited for this new creative season in my life. Many thanks to all the wonderful people who made the years fly by."

Gifford continued with her emotional farewell announcement live on Tuesday morning. "It’s an exciting time for me, and I’m thrilled about the projects coming up, but it’s also hard because the reason I stayed longer than a year is because I love everybody here," she stated. "I have been in this business 120 years and never worked with a more beautiful group of people who just give, give, give every day, four hours of live television five days a week."

As for when exactly Gifford will be parting ways with Today, Oppenheim mentioned in the memo that Gifford's final day would be April 7, 2019. And while the producers have yet to announce who will be replacing Gifford, or how that hour-long segment will change in her absence, Oppenheim assured staff that the show will "continue to include Hoda."

However, there's no denying that, regardless of what happens, Gifford's departure will be a heavy loss for the show, given that she made the final hour segment of the Today show the huge success that it is. "When we first launched this incredible hour, no one could have predicted the lightning (or rather, wine) in a bottle that is Hoda & Kathie Lee," Oppenheim noted in the internal memo. "Whether in studio or on one of their many road trips, they have delighted our audience with their distinct brand of fun, friendship and adventure. During that time, Kathie Lee has cemented her status as one of the most enduring and endearing talents in morning television. In short — she is a legend."

And like all legends, she will be dearly missed. Let's just hope that whatever projects she has in store next, she'll take us along for the ride.