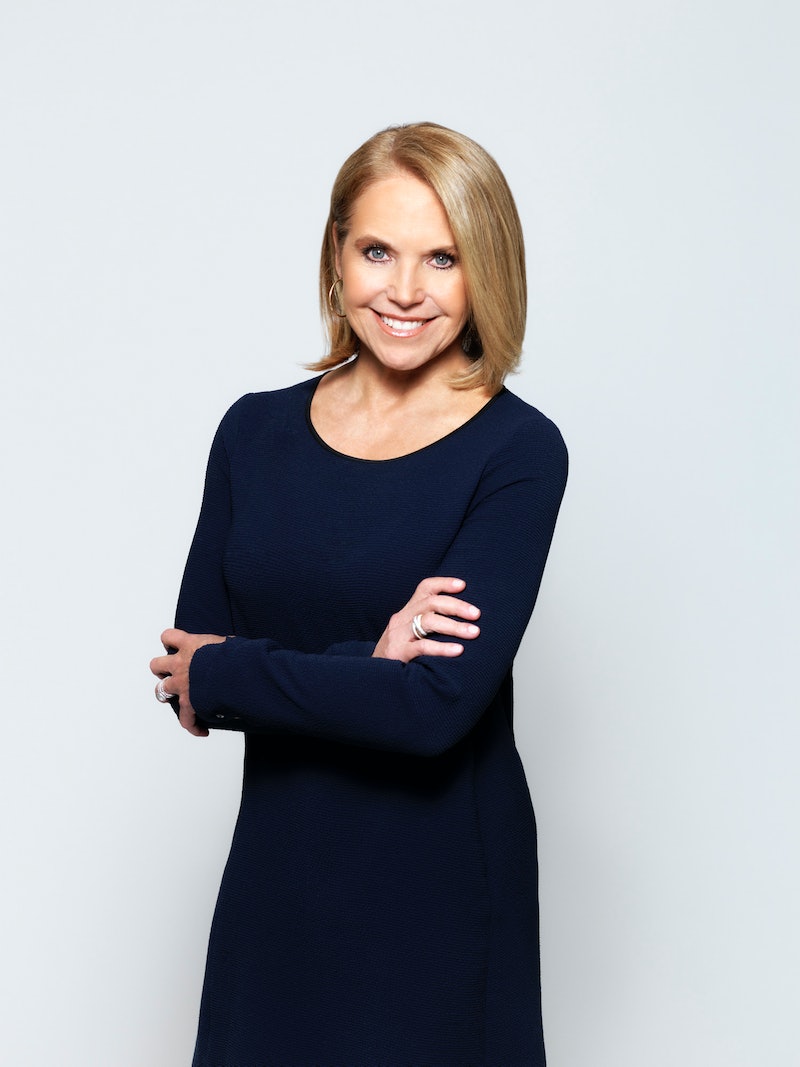 Do you have a relative who spends Thanksgiving dinner lecturing you about how climate change is a hoax? Or perhaps you have a friend who insists WebMD is more trustworthy than their doctor. Global skepticism toward science has increased in the past year, according to a study published this week by 3M, a company that specializes in scientific and technical innovation. One woman who's made a career out of getting to the truth is tackling this issue head-on: legendary journalist Katie Couric wants to make science more accessible to even the most dubious among us.

Couric has partnered with 3M in an effort to try and make scientific findings more digestible, a mission she hopes will combat growing skepticism. The study found that one in three people is a science skeptic.

"I think a lot of people hear conflicting reports, and they don't really know where to turn or what to believe," Couric continues. "Of course, that's compounded by the fact that people have information at their fingertips through the internet, and that's contributed to a feeling that maybe they're the experts and they don't necessarily have to believe the scientists."

A particularly troubling finding from the 3M study is that 45 percent of people say they only believe science that aligns with their personal beliefs. It's never good when the public — or politicians — cherry pick which scientific research to elevate. "[It] means that people are seeking affirmation instead of information," Couric says. "And I think that's a cause for concern."

The first step to battling this skepticism is for journalists and scientists alike is to make the information seem less intimidating, Couric says. She also hopes parents will encourage more kids to go into STEM fields, especially young girls and people of color.

"A lot of parents probably discouraged their kids inadvertently by saying, 'I'm not a math or science person,' or they don't feel they have the intelligence or the competence to excel in STEM fields," she explains. "When really, we need to make sure that people, A), have access, and B), have the confidence to pursue these careers."

Couric knows firsthand what it's like to be thrown into a sea of scientific studies and jargon that's overwhelming to process. Her first husband, Jay Monahan, died in 1998 of colon cancer. She remembers what it was like going through treatment with him, and has since become an outspoken advocate for cancer research, even co-founding the organization Stand Up to Cancer.

"I didn't have a science background or a medical background," she says. "So I had to sit still and synthesize these very complicated concepts about cancer so I could understand the best treatment for my husband." A revamped dialogue around science, and a renewed focus on presenting it in a way that's easier for people who aren't scientists themselves to understand, would no doubt lessen the load on people dealing with similar situations.

Couric hopes people take the time to realize we'd be nowhere without science, and that we really should put our trust in the people working on it behind the scenes.

As one of the most recognizable, trusted faces in journalism, Couric has championed truth and knowledge for decades. As an advocate for scientific appreciation and understanding, she's not showing any signs of slowing down.

More like this
13 Photos Of Princess Charlotte Loving The Commonwealth Games
By Sam Rogers
What Is Ben Affleck's Net Worth? At 50, The Oscar Winner Makes 8 Figures Per Film
By Meg Walters
Emma Mackey *Is* Emily Brontë In The First Trailer Of The Biopic
By L'Oréal Blackett and Sam Ramsden
Kim Kardashian Is Releasing A Line Of Earbuds With Beats
By Alexis Morillo
Get Even More From Bustle — Sign Up For The Newsletter