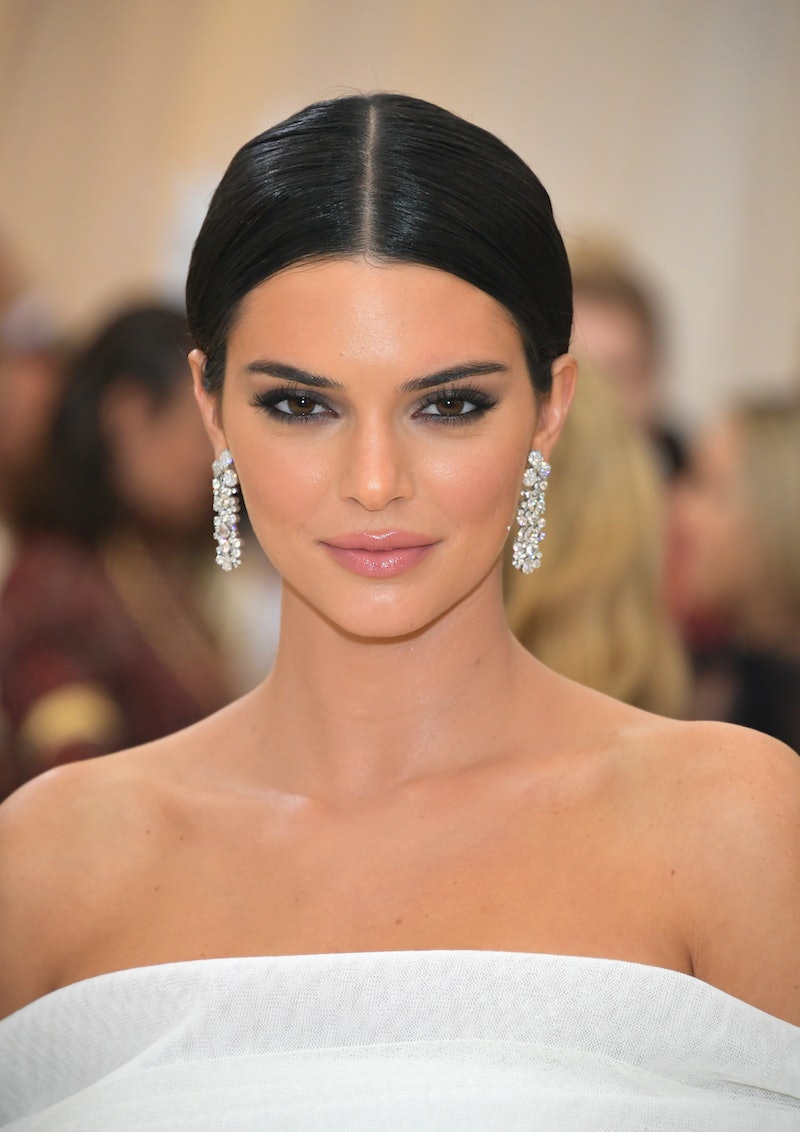 The fashion always takes center stage at the Met Gala, but there's usually a little drama, too. And this time, a member of the Kardashian-Jenner family is involved. People are buzzing about how Kendall Jenner shoved someone at the Met Gala, but after watching the footage, it's pretty obvious that's not quite what happened.

In the video, someone who appears to be working the event (either with Jenner or someone else) backs up while Jenner, who wore a white jumpsuit to the gala, is posing for photos. He ends up backing right into the shot, so she put her hand out and touched him to stop him, at which point he steps forward and she keeps posing for her photos. Watching it back, it's hard to imagine how this even became something that people are talking about, but it didn't take long before it went viral.

After witnessing that moment, Twitter exploded. The internet couldn't wait to call Jenner out for "pushing" and "shoving" someone out of her way so that he wouldn't ruin her shot, but that doesn't seem to be what happened here — instead, it just looks like she was stopping someone from running into her. And seeing it all play out, it's probably what most people would do in her situation. You can see the moment everyone's talking about here.

It's hard to describe what she's doing in this video as a "push" or a "shove." In fact, it almost looks like she was trying to stop him in the most polite way possible on a crowded carpet, but that's not what a lot of people are saying after watching this video.

Some think she wanted to keep him out of her spotlight:

And others can't believe she'd have the "nerve" to do that to someone after showing up in a "bland" outfit.

It's clear that plenty of people are convinced that she was trying to get this guy out of her way, and so many of them took this opportunity to shut her down for it.

If you're a fan of Jenner and her famous family, it likely doesn't come as a surprise to you that a lot of people out there will take any chance to point out something they've done wrong. But in this case, it doesn't seem like Jenner meant anything malicious by putting her hand out — it honestly seems like she was just trying to keep him from running into her.

And even though a lot of people are calling Jenner out, just as many have also come forward to defend her.

It really does seem like what some people see as red carpet drama was actually a total non-issue, and at this point, maybe we should just all agree to give Jenner a break. After all, most people's reflex would be to stop someone who was about to run into them, wouldn't it? Of course, most of us wouldn't be at the Met Gala when it happened (as it was caught on film) but still.

The Kardashian-Jenner family is dealing with enough drama right now, between Kanye West's controversial tweets and the Khloé Kardashian and Tristan Thompson situation. Maybe when it comes to Jenner, we can decide to give her a break? There are so many other, more exciting things to talk about when it comes to the Met Gala, like how truly amazing everyone looked in their outfits inspired by Catholicism. The fashion moments that happened on Monday night are far more interesting than Jenner putting her hand out, aren't they?