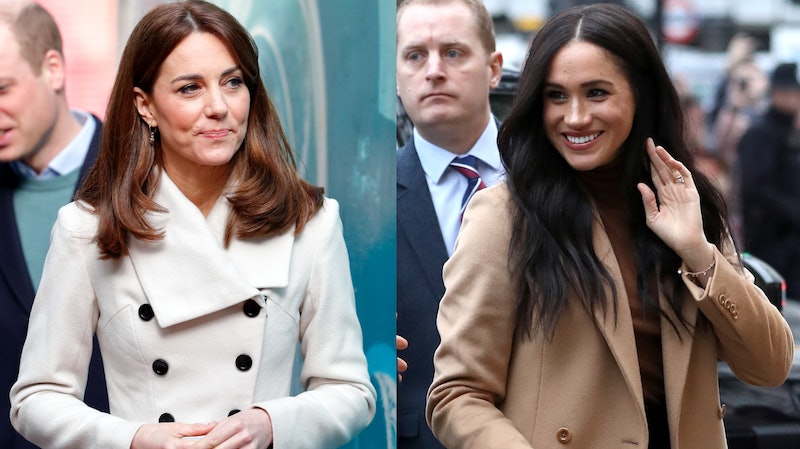 Kensington Palace has shut down claims made about Kate, Duchess of Cambridge, in an article by the magazine Tatler. On Wednesday May 27, they issued a statement refuting reports that The Duchess of Cambridge was "exhausted" after Meghan Markle and Prince Harry stepped down from their positions as senior royals and that Middleton and Markle had fallen out after a row over tights.

The statement is in response to a recent article which was published in Tatler's July/August issue. The article features a quote from a 'friend' of Middleton's, who said of her life after Meghan and Harry left: "Kate is furious about the larger workload. Of course she's smiling and dressing appropriately but she doesn't want this. She feels exhausted and trapped. She's working as hard as a top CEO, who has to be wheeled out all the time, without the benefits of boundaries and plenty of holidays."

Later in the article, another 'friend of the Cambridges,' says: "Meghan and Harry have been so selfish," before continuing:

"William and Catherine really wanted to be hands-on parents and the Sussexes have effectively thrown their three children under a bus. There goes their morning school runs as the responsibilities on them now are enormous."

The piece also claims that in the run up to Prince Harry and Markle's wedding, that she and Middleton argued over whether the bridesmaids should wear tights.

As well as the claims over Meghan and Harry's departure, Tatler also alleges that the Cambridges experienced a "falling-out" with their neighbours, Rose Hanbury and her husband, the Marquess of Cholmondeley. This was apparently due to Hanbury's "apparent closeness to William."

In response to the Tatler feature, which can also be read online, a Kensington Palace spokesperson said earlier today: "This story contains a swathe of inaccuracies and false misrepresentations which were not put to Kensington Palace prior to publication."

However, the publication has now responded, rebutting the Palace's claims they did not know about the feature.

"Tatler's Editor-in-Chief Richard Dennen stands behind the reporting of Anna Pasternak and her sources," a Tatler spokesperson told ET. "Kensington Palace knew we were running the 'Catherine the Great' cover months ago and we asked them to work together on it. The fact they are denying they ever knew is categorically false."

More like this
Matt Hancock’s TikTok Is The Most Matt Hancock Thing Ever
By Sam Ramsden
Dennis Quaid Dropped A Huge Parent Trap Revelation Via Taylor Swift's "Anti-Hero"
By Catharina Cheung
Gillian Anderson's New Netflix Drama Is *Nothing* Like 'Sex Education'
By Frances Stewart
Harry Styles Had A Major Stage Malfunction At The Grammys
By Darshita Goyal
Get The Very Best Of Bustle/UK
Sign up for Bustle UK's twice-weekly newsletter, featuring the latest must-watch TV, moving personal stories, and expert advice on the hottest viral buys.