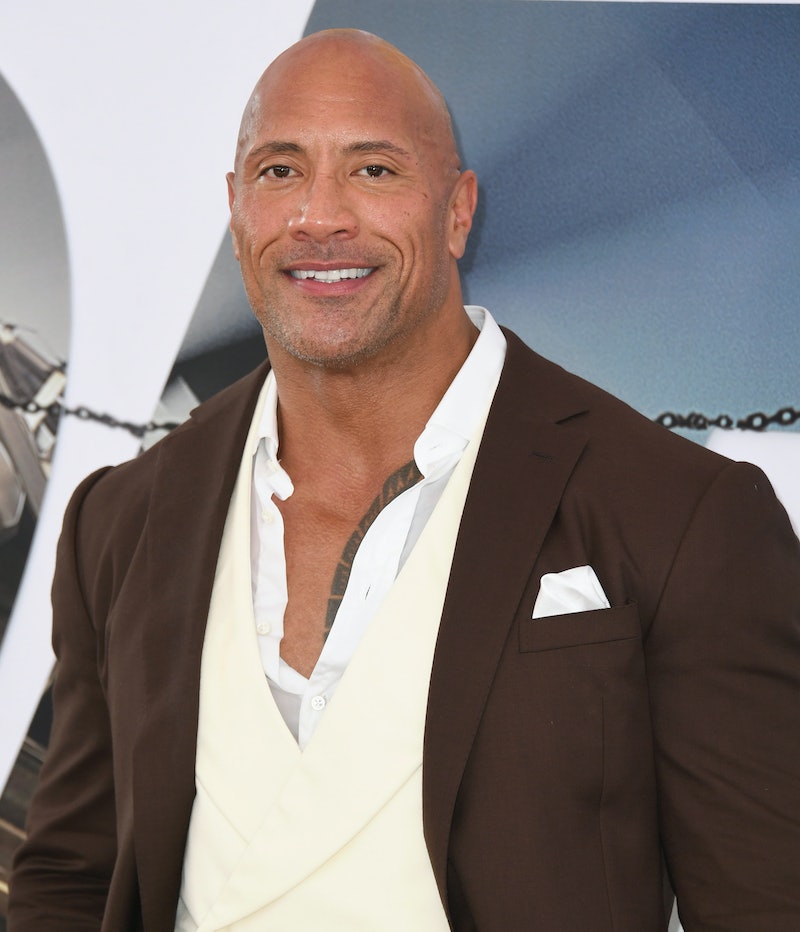 There's some positive news for fans of a certain comedian. On Monday, Sept. 9, Dwayne "The Rock" Johnson gave an update on Kevin Hart and his condition post-accident, reporting that "everything is good" with his longtime friend. On Sept. 1, Hart was involved in a car accident on Mulholland Highway in Malibu, sustaining major back injuries, according to CNN. Hart was scheduled to appear on the premiere episode of The Kelly Clarkson Show, but was unable to make the appearance due to his medical condition. Luckily, Johnson, a friend of Hart's, was able to leave his honeymoon early to step in for the appearance, as per Us Weekly.

Clarkson, after welcoming Johnson, assured the audience that Hart is doing well despite his absence. Johnson confirmed that the comedian was expected to make a full recovery. "I spoke with Kevin. I actually refer to him as my son," he told Clarkson. "I connected with him today." Johnson went on to joke, "And you know what, these things happen in life and thankfully he was strapped in nicely to his car seat."

Clarkson noted that Hart would appreciate the humor, saying, "That's real love." The audience laughed, and Johnson continued the bit, telling Clarkson he "spoke to the pediatrician" at the hospital.

Jokes aside, Johnson was sure to note that Hart was truly doing better following the crash. "Only kidding, he's doing very well, he's bummed he couldn't be here as you know," the Jumanji star said. "I love the guy, he's one of my best friends. And honestly, thank god, it could have been a lot worse, so he's a lucky man. He knows it too, and I wish him the best and a speedy recovery, and I'm going to see him soon."

The comedian was injured when his friend Jared Black reportedly lost control of the Hart's car, and crashed through a wooden fence into a ditch around 1am, according to People. Hart left the scene and was later taken to a local hospital to be treated. A third passenger, Rebecca Broxterman, was unharmed.

Johnson is not the first celebrity to reach out to Hart following the accident. On Saturday, Tiffany Haddish reported Hart was already walking during a Harper's Bazaar ICONS event according to ET Online. "He's ok. He's doing fine," Haddish said. "He's already walking. He's good." The Night School star went on to add that Hart's "back gonna hurt", but that there was no reason he wouldn't make a full recovery.

Haddish also joked that Hart made fun of her for sustaining a knee injury in the past, and that she intended to tease him back. "He was making fun of me because I tore my meniscus. I was wearing a boot while we were doing press for Secret Life of Pets 2," she said. "And now I'm gonna make fun of you. When you get back, moving good, Kevin, I'm coming for you. I'm coming for your back."

It may be a long road to recovery for Hart, but support from Johnson, Haddish, and other friends should help. It's clear that the comedy community is rooting for Hart to heal quickly, and from their reports, it sounds like the star is on his way.