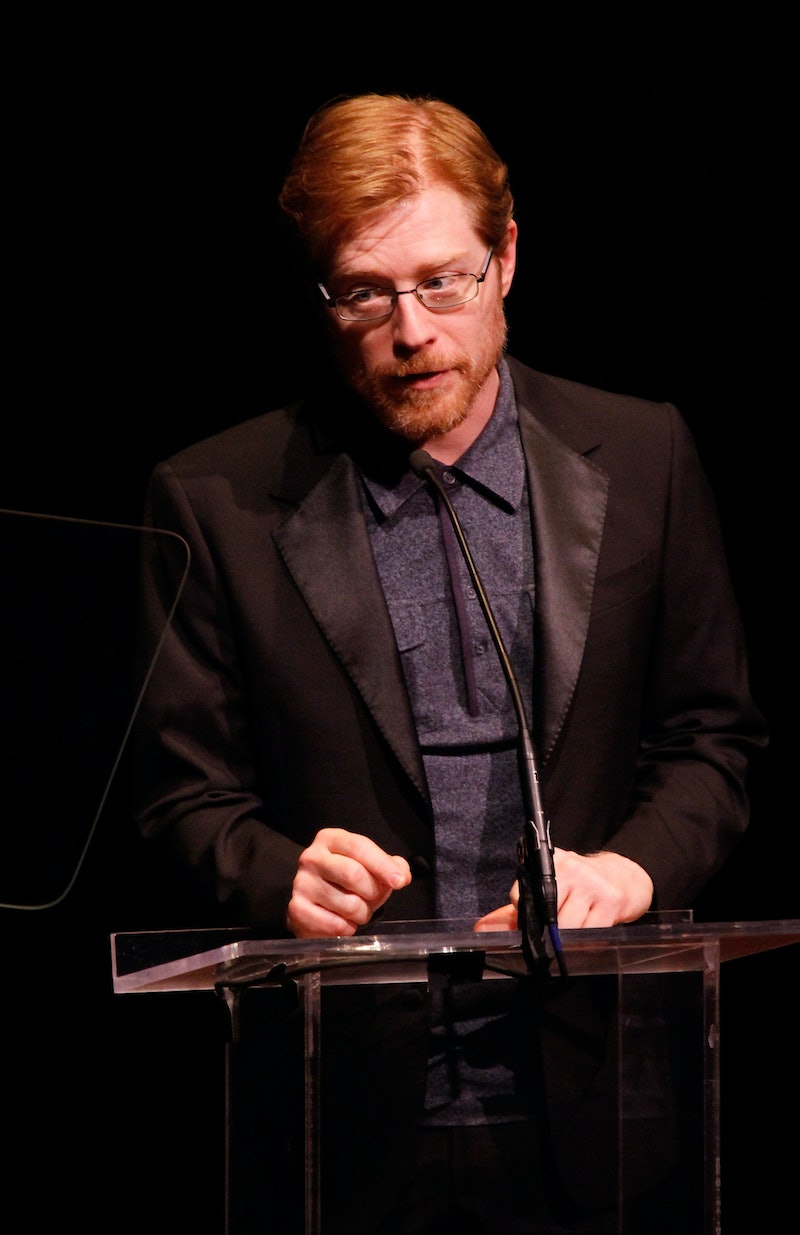 After actor Anthony Rapp revealed to BuzzFeed News that Kevin Spacey had allegedly tried to sexually assault him when he was just 14, Spacey responded by coming out as gay. While the elder actor called the alleged behavior "deeply inappropriate," he also said he didn't remember the encounter and opted to reveal his sexual orientation. This caused many LGBTQ activists, celebrities, and others to question the timing of his coming out and accused Spacey of downplaying Rapp's abuse accusations with a "bigger" reveal.

Spacey took to Twitter after the news broke regarding the accusations. "I'm beyond horrified to hear this story," Spacey wrote. "I honestly don't remember the encounter." After noting that it was more than 30 years ago and apologizing, Spacey said it "would have been deeply inappropriate drunken behavior."

But then he added the controversial bit:

I have loved and had romantic encounters with men throughout my life, and I choose now to live as a gay man.

Julie Carrie Wong, a reporter for The Guardian, noted how quickly the media ate up the "news." "Part of the horror of Spacey's cynical ploy to use his coming out to deflect abuse allegations is how well it is working," Wong tweeted.

Newspapers from around the world lead with the information that Spacey was gay, rather than he allegedly tried to abuse a teenager, as the headline. "Kevin Spacey statement in full: Actor reveals gay sexuality" starts the headline of The Independent in the U.K. In Spain, El País reads, "Kevin Spacey se declara gay," and in Italy, "Kevin Spacey: 'Sono gay'" in La Republica.

"As detailed and as thoughtful as the Anthony Rapp interview in Buzzfeed was, a lot of the media coverage is, 'Oh, Kevin Spacey did this,' and they are ignoring Anthony Rapp's story," Michael Bronski, a professor of media and activism in the Women, Gender, and Sexuality studies department at Harvard, tells Bustle. "Maybe Kevin Spacey's not deflecting it so much as the mainstream news coverage is ... Maybe the closet is so strong still that somehow — no matter what the story is — that becomes the story."

Everybody from the president downwards deflects when they're accused of something ... It's a complicated case, a bit, because Kevin Spacey has never come out. He's never denied it — he's said it's his privacy even though the [National] Enquirer had a front page story about him frolicking around with a younger man in Central Park. I think we have to acknowledge that everybody comes out in the way that they feel they have to come out ... Somebody who is outed might feel it necessary to address it then.

Critics on Twitter largely condemned the statement. Actor Billy Eichner, of Billy on the Street and Parks and Recreation, wrote on Twitter that "Kevin Spacey has just invented something that has never existed before: a bad time to come out."

"'Sure, I may have tried to rape a 14-year-old boy when I was 26, but I'm gay!' is a pretty horrible defense," added syndicated columnist Ben Shapiro. "Note to media: when an A-list actor quasi-admits to attempted molestation of a 14-year-old, the headline isn't that he's coming out as gay."

And perhaps most bitingly, conservative podcast host Michael Knowles wrote that "it took 58 years for Kevin Spacey to cash in his gay out of jail free card."

Paul Liggieri, a sexual harassment lawyer in New York City, who has represented people in cases of same-sex sexual assault and harassment says that now was the time for Spacey to come out — and that most of the people he represents end up coming out when accusations are made. "I condemn anyone who says, 'Well, Kevin Spacy's wrong for coming out about this now,'" Liggieri tells Bustle. "When was he supposed to say it? Was he supposed to wait and let the rumors rule even more?"

It could say more about society and its views on LGBTQ people, even among those within the community, than it does about Spacey, Bronski adds. "At least since Stonewall, we're looking for people to be role models and looking for people to be exemplary. And clearly hardly anybody is exemplary. We all have thorns and flaws," Bronski says. "This is a particularly thorny problem at this moment for Kevin Spacey."

"He's not anybody I want to defend," Bronski continues, "but there's a great line in a play called Galileo by Bertolt Brecht, where Galileo is being persecuted by the Vatican and his assistant says, 'Pity the country that has no hero,' and Galileo says, 'No, no, pity the country that needs a hero.' Putting that onus of a hero or a good example or a positive role model, or whatever you want to call it, may be unfair."

Sara Kate Ellis, president and CEO of GLAAD, which monitors how LGBTQ are portrayed in the media, didn't agree. "Coming out stories should not be used to deflect from allegations of sexual assault," she says in a statement provided to Bustle. "This is not a coming out story about Kevin Spacey, but a story of survivorship by Anthony Rapp and all those who bravely speak out against unwanted sexual advances. The media and public should not gloss over that."