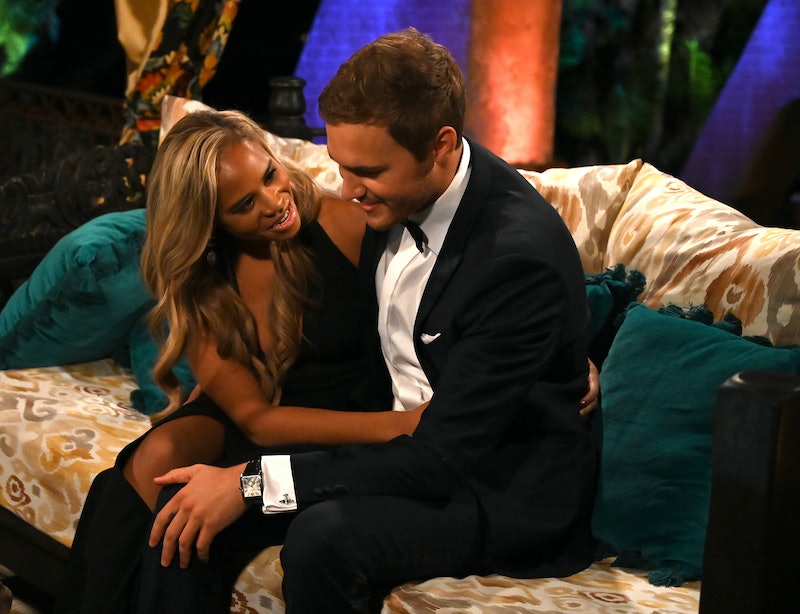 If you're even vaguely aware of who Peter Weber is, you probably know that he's a pilot. Every part of his Bachelor promo has made that abundantly clear. But if there's one thing he cares about more than flying, it's his family — which is why Bachelor contestant Kiarra could be a good match for him. The two share a lot of the same core values.

According to Kiarra's ABC bio, she's a 23-year-old nanny from Kennesaw, Georgia. Her biggest fear is being trapped at the top of a roller coaster and she loves napping more than any other activity (same), but the the standout detail about her life is that she's extremely close to her mother, much like the Bachelor himself.

Peter's mom, Barbara, pops up numerous times on his Instagram feed. In fact, he recently posted a message about her for her birthday, which included a small glimpse into how much she means to him. "Happy Birthday to this amazing woman I'm lucky enough to call my mom. I love you," he wrote in the caption alongside a photo of him and his parents standing outside the Bachelor mansion.

Peter's family has clearly had a big impact on who he is, as well as what he wants in a partner. He told Entertainment Tonight in December that he looks to his parents' marriage as inspiration for the kind of relationship he wants with his future wife. "I have never been one to settle for anything that I know is not that ultimate, fierce type of love and I've seen what my parents have," he said.

Kiarra's Instagram account demonstrates a similar adoration for her mother and the positive impact she's had on her life. "Happy Mother's Day to my favorite woman in the world who will always have my back & always working to do whatever it takes to make my life better," Kiarra captioned a 2015 photo of she and her mom gazing lovingly at each other. "Always doing what's best for me even if I don't understand it in that moment. I love you and can't express how thankful I am for you & turning me into the person I am today."

Given what a prominent part family plays in both Peter and Kiarra's lives, it could very well serve as common ground as they begin to establish their relationship. Whether that will lead to the fairytale marriage Peter is waiting for, we'll have to watch and see.