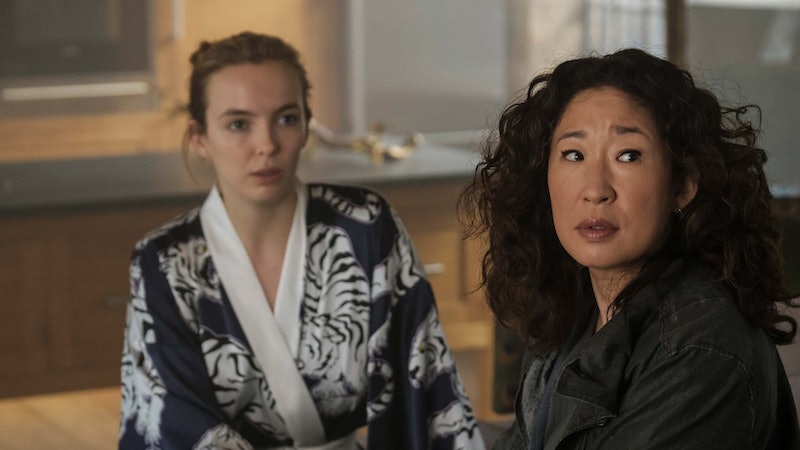 Bosses of hit show Killing Eve have responded to criticism of their writing team, which was recently revealed to be all-white and lacking in racial diversity. Killing Eve producer Sally Woodward Gentle has said that the show is aiming to make "concrete change," as "a show like Killing Eve should be able to do better.”

The criticism over the lack of diversity came after Kayleigh Llewellyn, who is a writer on the show, shared a Tweet saying “15 weeks later, it's the final day of the Killing Eve writers room." The words were accompanied by a picture of nine writers raising a glass on Zoom, all of whom appeared to be white.

Twitter user @jesthevu responded by writing: "Killing Eve has an Asian lead, but the writers’ room doesn’t have a single Asian writer?"

Gentle later addressed the situation in a virtual panel, which was held for SeriesFest. "The make-up of the room should be more racially diverse than it is, and we’re really aware of that and I take full responsibility for it," she said.

“You look at that room and it’s full of brilliant female writers, we’ve got a really strong LGBTQ contingent, but it’s not good enough and we need to do better. We should do better… a show like Killing Eve should be able to do better.”

She continued: “The production from the ground up – the entire production – we’re looking at in terms of how we can make concrete change, because it’s incredibly important to us and it’s got to be change that lasts and is effective.

“I think this is an extraordinary moment, and we’ve got to make a difference. It’s not good enough.”

Sandra Oh, who plays protagonist Eve Polastri on the show, has previously discussed her thoughts on diversity in UK television.

While speaking to fellow actor Kerry Washington for Variety’s Actors on Actors series on YouTube, Oh noted: “The UK, I’m not afraid to say, is behind."

“I’m not only the only Asian person on set – sometimes it changes, [it’s] very exciting when that does, someone comes on set."

“But the development of people behind the camera is very slow in the UK. I don’t know about the rest of Europe. Sometimes it would be me and 75 white people and I have not come from that," she added.

“I have not come from that in my film career, which has been much more independent, mostly working with women and women of colour. And my relationship with television – and in the United States – hasn’t necessarily been all white.”