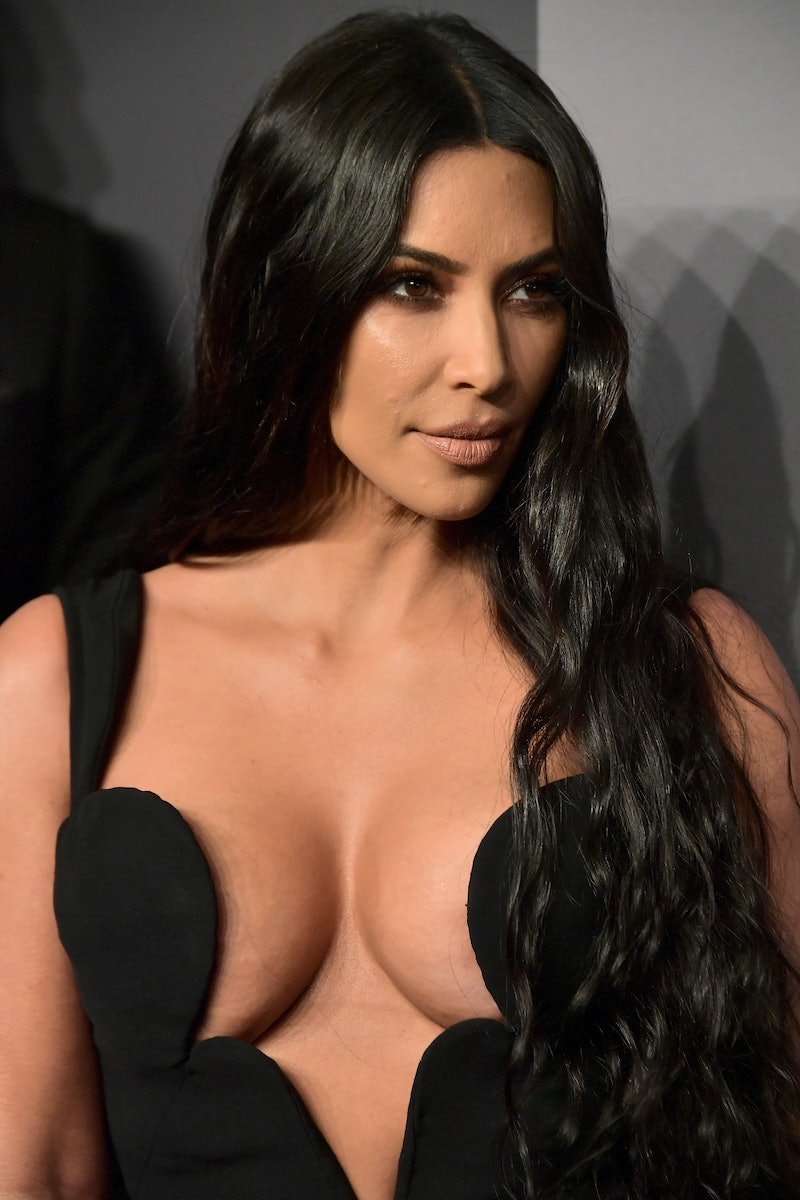 Kim Kardashian is known for her vintage designer collection, but she's not one to vacuum seal her collectibles and leave them on a shelf. Kardashian enjoys her pieces, and is even known to wear them out while doing mundane things, like running errands. Kim Kardashian wore a $35,000 Gucci bag while out shopping in Malibu on Sunday, Aug. 4. She paired the collector's saddlebag with a simple and dressed down outfit. The purse was donned with an over-sized purple t-shirt dress and a pair of white YEEZY Boost 700 V2s. It was the L.A.-version of yoga pants and a baseball cap, but Kardashian decided to elevate the look with a saddlebag that cost the same amount as a new car. As one casually does.

There are some tech-like details on the collector's purse as well, like headphone jacks serving as tassels. The purse first marched down the runway in Tokyo during Dior's Pre-Fall 2019 show. Even more impressive than the $35,000 price tag is the exclusivity of the bag. There were only 10 purses produced, and Kardashian is one of the proud owners.

The futuristic look of the bag and its collaboration with a Japanese artist was Jones' way of honoring Christian Dior. According to Vogue, Dior was involved in the art world before his move into fashion. Dior would exhibit Picassos in the late 1920s, hence the team-up with Japanese illustrator, Sorayama. In addition to that, Dior loved Japan and Japanese culture.

The exclusivity of the metal Dior saddlebag was an intentional move by Jones. In an interview with High Snobiety, the publication asked the designer why he created a hand-beaded shirt that took 1,600 hours of work by 15 people. Jones responded that he loved making pieces that felt museum-worthy. "That’s kind of something I love,” Jones said. “It’s a couture house, so you should celebrate those special pieces that someone that’s a billionaire or millionaire can go and buy, and may probably put on their wall.”

Kardashian's metal saddlebag cost $35,000 because it was made to be a collector's item. Fashion is now trending at auction houses like valuable works of art. "These types of creations are in many ways wearable works of art and act as a tangible expression of brands that push boundaries in the most creative ways," Caitlin Donovan, head of sales, handbags, and accessories at Christie’s, told High Snobiety. "It is the fashion-savvy connoisseurs that help shape the value trajectory of a fashion item, deeming some highly valuable, rising in value over the years, or, if not well received, we have seen special, limited edition pieces lose the initial draw, which is what commands high prices."

While the 35-grand price tag might make your head spin, chances are high that Kardashian got a bargain.