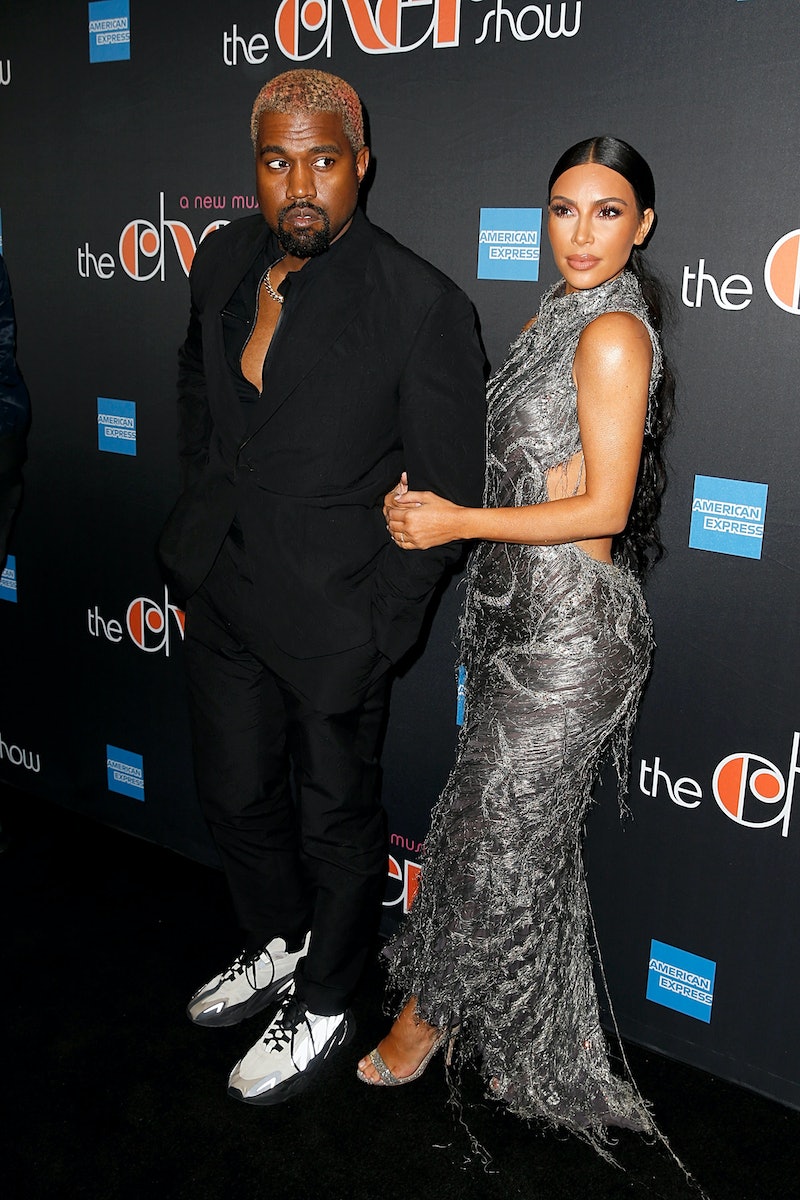 The Kardashian-West family have a new musical and spiritual tradition, which is also an opportunity for their kids to get moving. As seen in Kim Kardashian's latest video of North West dancing at Kanye West's Sunday service, her oldest daughter is a totally adorable scene-stealer at the weekly event. Kardashian has been sharing videos from the outdoor services on Twitter for the past couple of weeks, and the gathering brings a full choir, band, and congregation to Calabasas.

The tradition continued this past Sunday with prayer, music, and of course, lots of dancing. This week, everyone was decked out in black clothing, though last week most attendees wore white the week before. In one of the new videos, North dances with a friend as the choir sings and band plays. Kardashian captioned the clip, "Her favorite part of the week is dancing during Sunday Service." North wore a black dress that matched the rest of the service-goers, and definitely seem to be rocking out to the music.

The mom-of-three shared another video of North dancing to "Power", this time solo. In a separate clip, North dances to "Lift Yourself" with Kanye, who raps his notorious "Poopy-di scoop" verse while his daughter shows off her moves. Kardashian also shared a video of DMX leading a prayer, in which the rapper addresses the whole crowd.

This wasn't the first time the KKW makeup mogul has shared a video of her oldest daughter dancing at the service. In February, Kardashian posted a video of North at the gathering, this time held indoors. The event was formatted similar to the most recent service, with a choir, band, and the kids dancing up at the front. She captioned the video, "Part 3 Jesus Walks - North’s dancing" with a crying-laughing emoji. And on March 10, Kardashian tweeted a video of the service yet again.

It's clear that the whole family is making the most of the musical service, and the Keeping Up With The Kardashians star has started making these posts to include fans in the tradition as well.

Dancing might have been the highlight of the day for North, but it was a packed Sunday for the Kardashian-West family. On Instagram Story, Kardashian shared updates from Rob Kardashian's birthday party. Her brother turned 32 on Sunday, March 17, and the Kardashian-Jenner family celebrated with a festive St. Patrick's Day party.

Kardashian shared several moments from the party on her Story, including an outfit update for North. "Hey guys, for St .Patrick's day Northy has on my heels," she said. "You are styling North." The reality star also shared a picture of the Shamrock cake the family prepared for the birthday celebration, as well as Chicago's festive green outfit.

It was an eventful Sunday for the Kardashian-West family, but it's clear North West was most excited about dancing in the morning. The Sunday service seems to be a regular part of Kardashian's week, and fans can likely look forward to being included in the event via social media in the future, especially if North continues to show off her dance moves.