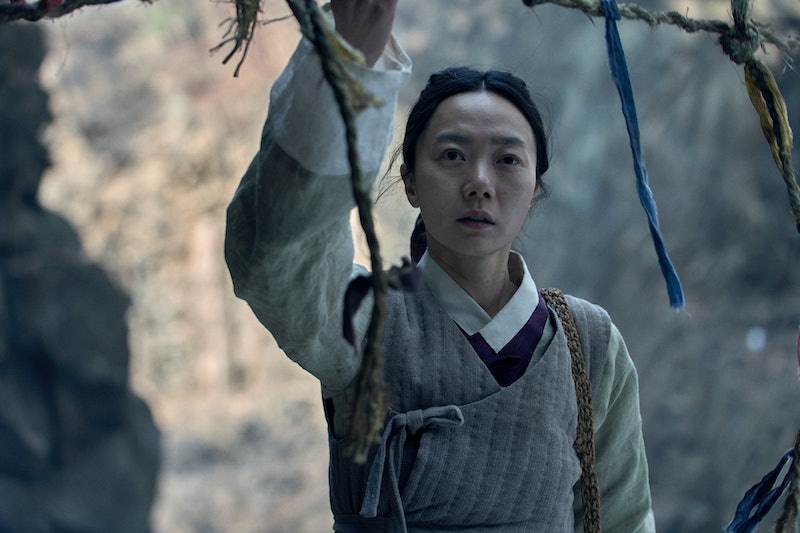 Netflix recently added Korean zombie period drama Kingdom to its line up. Season 1 dropped on Jan. 25, but with just six short episodes to devour, fans of the series could easily consume the whole thing in one gulp. Netflix is so confident that the show will leave fans wanting more that they already renewed Kingdom for a Season 2 ahead of the Season 1 premiere. They haven't announced just when Kingdom Season 2 will hit the streaming service yet, but based on the track record from Season 1, there could be some obstacles behind the scenes.

Speaking at Netflix’s See What’s Next: Asia event at the end of 2018, director Kim Seong-Hun explained that Kingdom has a relatively high production cost compared to other dramas, as reported by Geek Culture. Usually, shows have either zombies or period settings, but not both. "As we all know, the historical genre and zombie genre are both very costly," the director explained. "So putting them together leads to even greater production costs. And… not to toot our own horn, but with what we were able to create on that [revised] budget, Netflix felt that it was worth investing in a second season."

In an interview with Variety, Kim explained that although Netflix had set down certain parameters for the series, Kingdom went well over budget while making Season 1. "Initially, Kingdom was intended as an eight-episode series and production was supposed to be completed in four months," he said. "In the end, however, we took about six months on production and overspent the budget, for which we had to pay a penalty."

Ultimately, the season ended up containing just six episodes, which cost more than $1.78 million each, per Variety. At the time this article was published, Netflix hadn't announced just how many episodes they were aiming to include in Kingdom Season 2, but assuming it also contains six episodes, then it's possible the new season could drop within the year. Of course, other obstacles could arise at any time that might cause the schedule to shift, meaning an even later — or earlier — premiere.

Budget aside, Kingdom has come a long way since its initial idea. At Netflix’s See What’s Next: Asia event, writer Kim Eun-Hee explained that they hadn't initially envisioned the story as a live-action Netflix drama at all. "At the beginning, [Kingdom] wasn’t envisioned as a television series," she revealed. "We were trying to make a webtoon so the Crown Prince was a lot younger. A lot of details [have been added on], and looking back, it was really difficult. It was a long process."

Now that the writing team has hit its stride creating Season 1, hopefully Season 2 — which is already being written, according to Variety — will flow a little more smoothly. Either way, it sounds like Netflix and the rest of the team behind Kingdom are extremely invested in bringing viewers as much of this zombie apocalypse as they possibly can, no matter the price.