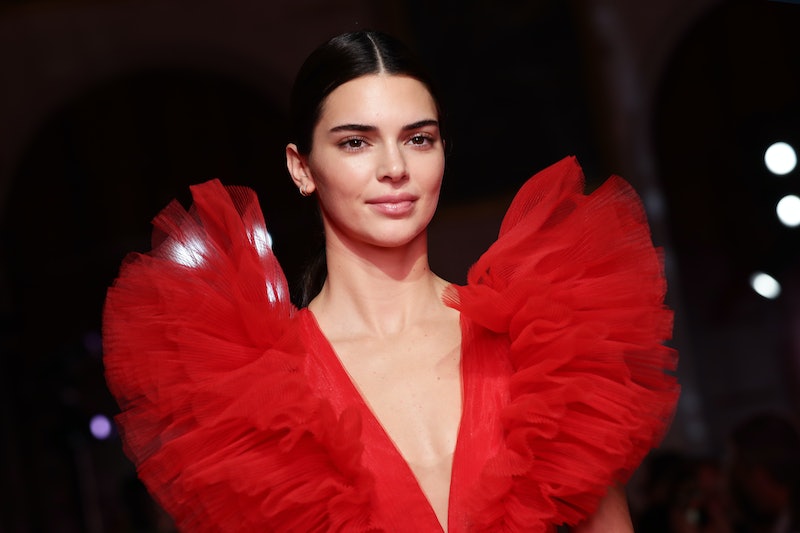 Just when you think it isn't possible to dive any deeper into the lives of the Kardashian and Jenner family, they manage to prove us all wrong. According to a press release provided to Bustle, Kendall Jenner is producing Kirby Jenner, a series for Quibi that will chronicle the daily life of her fraternal "twin brother" who goes by — you guessed it — Kirby Jenner. Referred to in the press release as the "‘unsung hero’ of the Kardashian / Jenner family," Kirby will be shown interacting with all members of his famous family, including his long lost sisters Kourtney, Kim, Khloé, Kylie, and, of course, Kendall.

He also evidently has the full support of mother and manager Kris Jenner, who is producing the series with Kendall. “Thanks, Mom," said Kirby in a statement, while Kendall added, "I’m thrilled that Quibi viewers will get an inside look at the life of my twin brother and he’ll finally have the opportunity to shine in this series."

The show, which serves as the latest spinoff of Keeping Up with the Kardashians, may sound a little odd, even by Kardashian standards, particularly since many viewers probably weren't aware that Kendall had a fraternal twin brother. That's because she doesn't. Not really, anyway. In real life, Kirby is actually a performance artist who became Instagram famous after he began photoshopping himself into Kendall's life through hilarious parodies. He now has over 1.2 million followers on his Instagram account as a result, and has received nominations for the Webby and Shorty Awards in social humor, best photography, and parody accounts.

As of now, it's unclear when exactly the series will debut for all to see, but given that Quibi doesn't launch until April 6, 2020, fans will have to wait at least another four months. Kendall, Kris, and Kirby will all serve as executive producers alongside McG, Howie Mandel, Ryan Seacrest, Mary Viola, Ali Brown, Rami Hachache, and Gil Goldschein.

Back in January, BuzzFeed spoke with Kirby about his rise to fame and what it's meant to him to be thrown into the spotlight. “As an amateur model, rollerblader, belly flop champion, aspiring novelist, and semi-decent stuntman, I figured I had a good amount of stuff to share with the world," he said at the time. “People have been super kind! Sometimes strangers will be like 'are you Kirby Jenner?' and I’ll say 'yes' and give them a hug or high-five.”

Now Kirby will finally be able to fully integrate himself into the Kardashian/Jenner fold, thanks to this new series. Let's just hope the world is ready for it.

More like this
Twitter Has Renamed Ekin-Su After *That* 'Dancing On Ice' Performance
By Sophie McEvoy
This Pre-'Love Island' Video Of Olivia & Zara Together Changes Everything
By Bustle UK
Rachel Fuda Gave Birth Just Weeks Before 'RHONJ' Season 13
By Brad Witter
Erika Jayne's Estranged Husband Tom Girardi Has Been Indicted On Fraud Charges
By Jake Viswanath
Get Even More From Bustle — Sign Up For The Newsletter
From hair trends to relationship advice, our daily newsletter has everything you need to sound like a person who’s on TikTok, even if you aren’t.