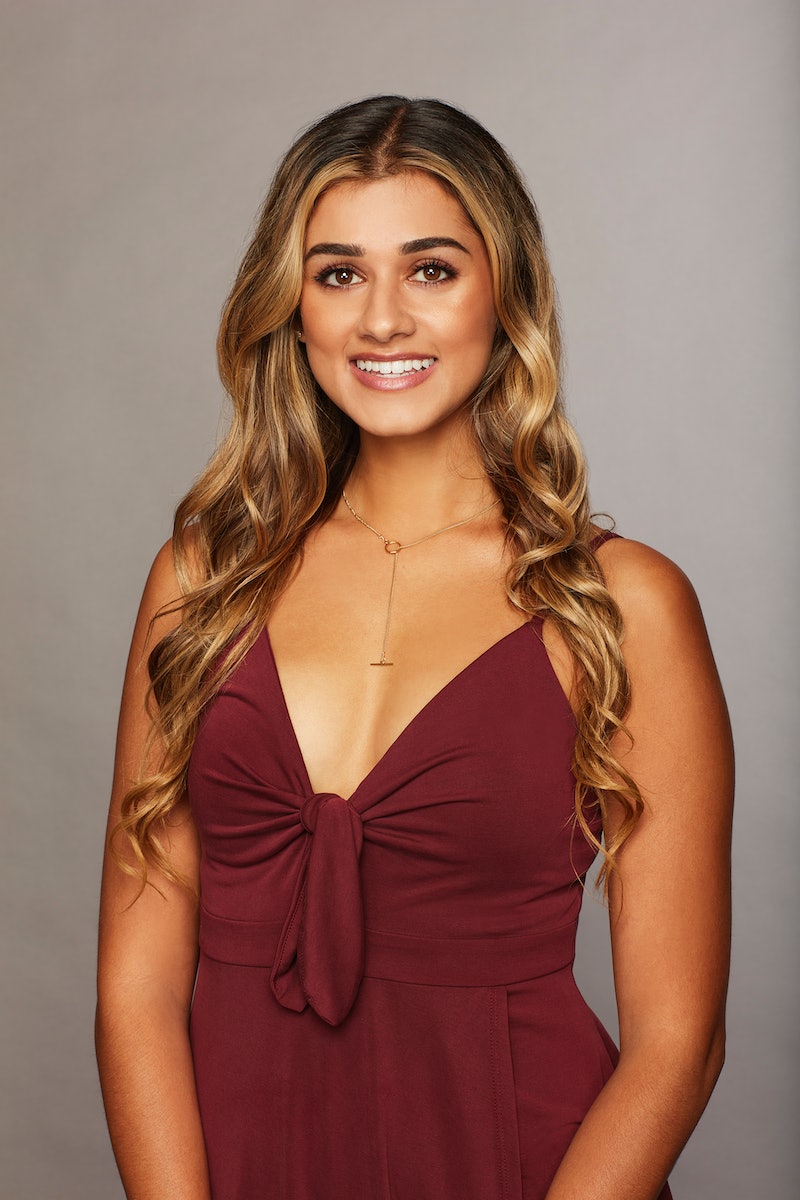 Could there be a new Bachelor couple on the horizon? Well, based on a new report from Us Weekly, there have been dating rumors regarding Bachelor stars Kirpa Sudick and Cam Ayala all thanks to some eyebrow-raising Instagram posts. But, one of the stars has spoken out about the rumors and clarified them with a very straightforward response.

The rumors sparked up due to a recent, love-filled Instagram post from Kirpa. On Sept. 15, the Bachelor alum, who competed on Colton Underwood's season, posted a series of photos, with one showcasing Cam giving her and fellow Bachelor contestant, Alex Blumberg, a leg up during a hangout session. She captioned the post with a shoutout to the Bachelor in Paradise star, writing, "happy birthday to this gem of a human. so glad you’re in my life @camronayala ❤️. Additionally, Kirpa and Cam posed in front of graffiti that read "I love you so much," which, understandably, caused some fans to wonder whether the two were a romantic item.

However, in Kirpa's own words, the pair are actually just good friends. She told Us Weekly, “We are just friends and not dating! I’ve just been very lucky to have met so many great people through The Bachelor!” The reality star also clarified her dating status to many fans who asked about whether the two were a couple, as she wrote, more than a few times, that she and Cam were "just great friends!"

On Sept. 15, Cam also posted some Instagram photos featuring his friend, Kirpa, from his birthday celebrations. The Bachelor alums, along with Alex and BiP heartthrob Matt Donald, all posed for photos for the special occasion. The polarizing Bachelorette contestant captioned the series of snaps with, "10 Year Anniversary of my 21st birthday 😂 👴🏼 🎂 thanks for the incredible weekend and all of the memories Austin, TX 😇🙏🏽 Houston... I’m comin home!"

Of course, since you undoubtedly remember the "ABC (Always Be Cam)" motto, he signed off the caption with a very appropriate, "CAM OUT!" and a couple of mic drop emojis. Based on all of the pics from Cam's birthday celebration, it sounds like he had a blast surrounded by all of his closest friends.

It's no surprise that fans were eager to see a potential coupling between Kirpa and Cam, as both of the reality stars were slightly unlucky in love on their respective seasons of The Bachelor, The Bachelorette, and Bachelor in Paradise. Kirpa went far on Colton's Bachelor season, but was ultimately sent home by the former pro footballer when he gave his rose to Cassie Randolph (the eventual recipient of his final rose) during instead of her during a group date.

As for Cam, he found himself in the midst of the drama on Hannah Brown's Bachelorette season pretty early on and was then sent home by the pageant queen. He later went on Season 6 of Paradise, where he found a connection with Caelynn Miller-Keyes. But, the two weren't meant to be and he was subsequently sent home when he didn't receive a rose from any fellow beach-goers.

But, even though they didn't find love on reality TV (or with each other), Kirpa and Cam did find something else important offscreen as the two clearly have an incredibly strong friendship.

More like this
Megan Mullally & Nick Offerman’s Relationship Includes Several Collaborations
By Caitlin Gallagher and Brad Witter
'Bachelorette' Vet Clare Crawley Unveiled 2 Special Wedding Day Accessories
By Stephanie Topacio Long
Hannah Ann Got Engaged 3 Years After 'The Bachelor' & The Proposal Was Dreamy
By Grace Wehniainen
10 Photos Of The Wildest Limo Arrivals From 'The Bachelor' Premiere
By Brad Witter
Get Even More From Bustle — Sign Up For The Newsletter
From hair trends to relationship advice, our daily newsletter has everything you need to sound like a person who’s on TikTok, even if you aren’t.