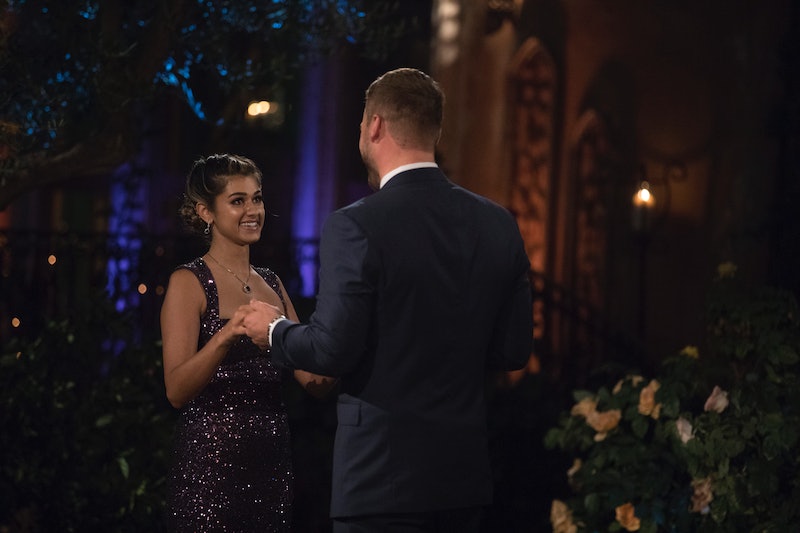 Another season of The Bachelor means meeting another group of women viewers are sure to become invested in over the course of Colton Underwood's journey to finding love. Of course, it won't be until the show gets started until we can start picking our faves for the season, but that doesn't mean we shouldn't try getting to know as much about these women as possible prior to the big premiere on Monday night. One individual worth paying attention to is Bachelor contestant Kirpa, who will be one of the many vying for Colton's heart.

So what makes her so special, you may ask? After perusing her official ABC bio, it's clear that Kirpa is someone who knows what she wants and makes no apologies for it — something that is both admirable and an attribute Colton is sure to admire in a potential life partner. For example, she even has a deal breaker when it comes to being in a relationship: the guy that she's with better floss, so if Colton hopes to be a ring on her finger by season's end, he better keep up with some healthy dental hygiene habits. Quite honestly, at the end of the day that's a pretty reasonable request.

However, there's another reason Kirpa desires her man to take care of his teeth and gums (you know, other than the fact that it just makes logical sense) and that's because she's a dental hygienist. In fact, she even works at her dad's dental business, so the desire for a healthy mouth clearly runs in the family. It also indicates just how close she is to the people she loves. (One would think working for your dad would be downright impossible if the two of you didn't get along really well.) All of this could definitely make her stand out to Colton and make her the one to beat this season.

Additionally, her bio reveals that Kirpa is 26 years old and from Whittier, California — though she makes a point in the "fun facts" section of mentioning that she thinks Denver, Colorado is the most romantic city in the United States. One can't help but notice that Colton lives in Colorado, so mentioning how much she loves it there can't just be coincidental, can it? Sounds like someone may be willing to relocate to such a "romantic" area if the opportunity presented itself. (As a side note, she lists her favorite date as being a trip to Disneyland, though that answer is bound to change if she's able to nab a one-on-one date in the coming weeks.)

Aside from that, there's not a whole lot of information out there about Kirpa thus far, though that's sure to change now that she's on The Bachelor. Her Instagram is mostly made up of gorgeous modeling photos, but there are a few fun pics thrown into the mix as well, proving once again how close she is to her family. (See image above.)

Needless to say, all signs point to Kirpa sticking around for quite awhile throughout Season 23. But will she be the one to walk away with a ring on her finger? You'll just have to stick around and see how this all plays out.