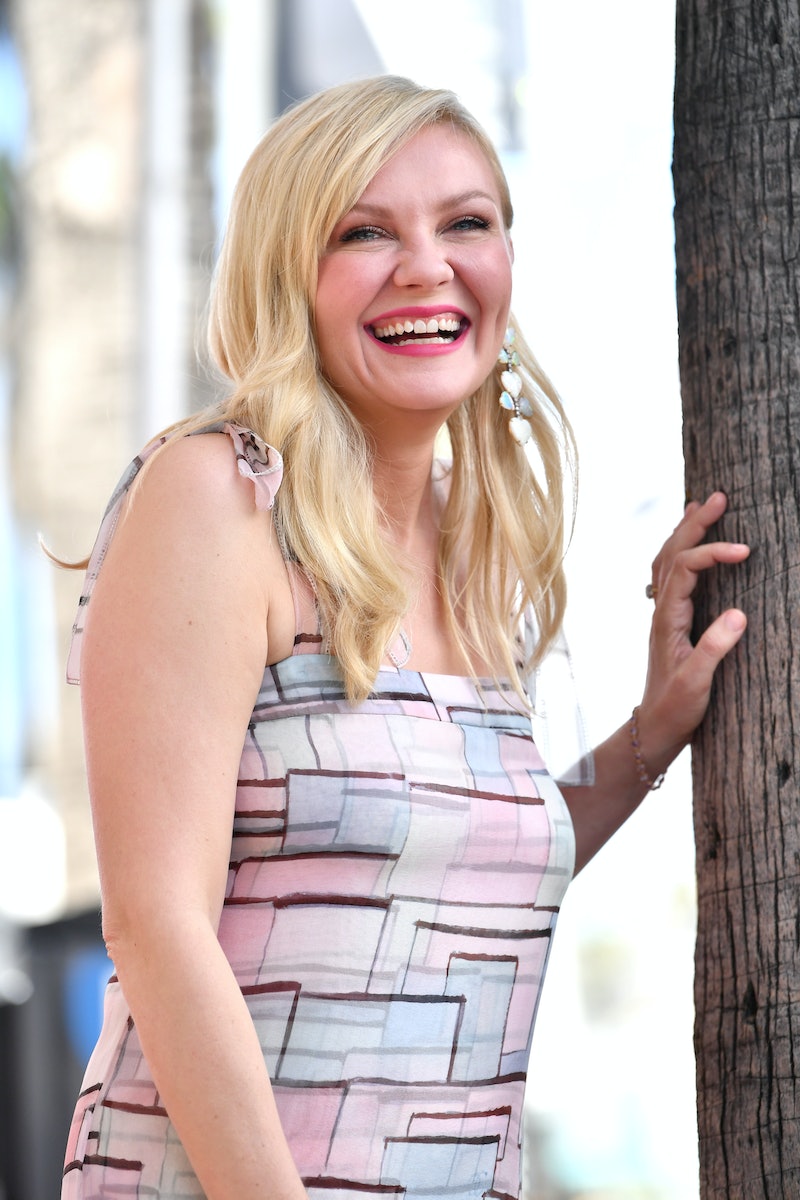 If you haven't seen it yet, Rodarte released its spring 2020 look book on Sept. 4 and the campaign includes many famous faces, including a Rancho Carne Toro and an East Compton Clover. Oh, yes, Bring It On's Kirsten Dunst and Gabrielle Union posed for Rodarte. Their photos are so good, even Dunst and Union couldn't help but reference Bring It On and just how much they brought it in each of their portraits.

On Thursday, Dunst tweeted images of herself and Union from the fashion shoot and perfectly captioned it, "It’s been brought @OfficialRodarte @itsgabrielleu." There's no doubt they're both sexy, cute, and popular to boot.

Union also got it on the Bring It On action when she retweeted Ira Madison III's tweet that read, "Isis and Torrance snapped @itsgabrielleu @kirstendunst @VogueRunway." Union also wrote, "Dare I say... We brought it." For those unaware, Dunst played Torrance and Union played Isis in the movie.

Bring It On may have been released in 2000 (19 years ago!), but the movie still resonates with fans. The cheerleading film is definitely unforgettable and one that apparently even the cast can't help but reference. Dunst and Union's appreciation for the movie that taught fans how to do spirit fingers the correct way truly means a lot.

The fact that both Union and Dunst were booked for the Rodarte campaign is no coincidence. According to Vogue, Rodarte founders, sisters Kate and Laura Mulleavy, chose women for the spring campaign who are not only their friends, but also inspire them. Actually, the designers have known Dunst for years. "Knowing Kirsten, we have such a sister relationship with her," Laura told Vogue. "She’s so important in our lives, shooting anything with her is so emotional. The moment we had her on set here was just a very special part of the day. She just has the most magic heart.”

As for Union, well she was first introduced to Rodarte by Dunst. At the 2017 CFDA Awards, Union wore Rodarte. During an interview with stylist Brad Goreski, the actor said about what it's like wearing Rodarte, “I feel like a badass, to be honest." She then revealed, "I discovered them from Kirsten Dunst. It goes back to Bring It On. It all goes back to Bring It On."

And now here Union and Dunst are appearing in the 2020 spring look book. If it wasn't for Dunst, Union may have never stumbled upon Rodarte and started wearing the Mulleavy sisters' designs. It's also nice to hear that everything goes back to Bring It On. One might think a movie that was released almost 20 years ago wouldn't still impact the casts lives, but that certainly doesn't seem to be the case.

Based on the most recent photos of Dunst and Union in Rodarte, they, just like Union expressed back in 2017, definitely look like badasses. There's no denying they know how to work it in all of the different pieces. Yeah, they both totally brought it.