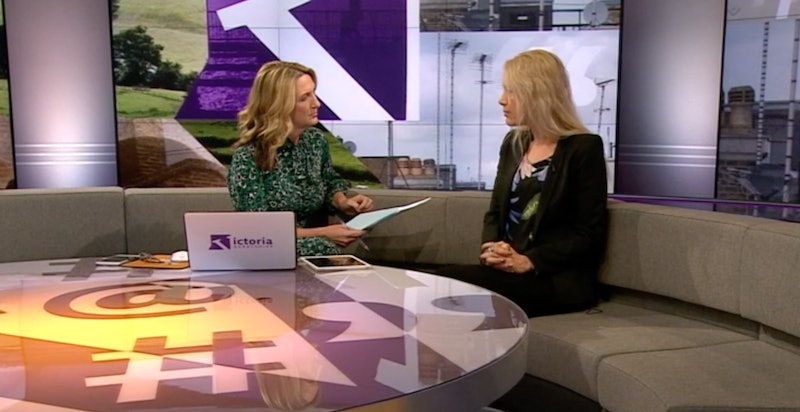 Despite being convicted of domestic assault in 1998, cricketer Geoffrey Boycott has been honoured by Theresa May with a knighthood, The Times reports. As part of the former Prime Minister's resignation honours, Boycott features alongside former England cricket captain Andrew Strauss for their service to the sport.

As The Times reports, the sportsman "was given a suspended three-month sentence in 1998 for attacking his girlfriend in France in 1996." He was actually awarded the title of OBE in 1981, but according to The Mail On Sunday (via The Times), Boycott hadn't received the honour until now as it had allegedly been "vetoed by officials because of the assault conviction."

According to The Guardian, Co-Acting Chief Executive of Women's Aid Adina Claire said: "Celebrating a man who was convicted for assaulting his partner sends a dangerous message — that domestic abuse is not taken seriously as a crime."

During an interview with BBC's Victoria Derbyshire, Claire once again expressed serious concerns, saying: "[Boycott] expressed no remorse, he doesn't admit his crime, he has been convicted, and I question whether any other violent crime or anyone convicted of any other violent crime would've received an honour in this way. It sends completely the wrong message to survivors."

Boycott appeared on BBC Radio 4's Today Show this morning (Sept. 10) to discuss the knighthood. When presenter Martha Kearney asked whether he thought the delay in receiving his OBE was due to his domestic violence conviction, the ex cricketer responded by saying that situation occurred "25 years ago." He went on to say, "I didn't do it. Move on. It's a cross I have to bear, right or wrong, good or bad, I have to live with it. And I do, because I'm clear in my mind, and I think most people in England are, that it's not true."

Kearney then put forward the comments from Claire, to which Boycott interrupted with:

"I don't care a toss about her, love. It was 25 years ago. You can take your political nature and do whatever you want with it. You want to talk to me about my knighthood, it's very nice of you to have me, but I couldn't give a toss."

And while May has yet to comment on the decision to include Boycott in her honour's list, the Mirror reports that Labour "have called for Geoffrey Boycott's knighthood to be revoked," citing May's choice as "an insult to victims and survivors of domestic violence."

Dawn Butler MP, Labour's shadow minister for women and equalities, has said (via the Evening Standard): "Celebrating a man convicted of assaulting his partner by giving him a knighthood is an insult to victims and survivors of domestic violence. Honouring a perpetrator of domestic violence just because he is the former Prime Minister's favourite sportsman shows how out of touch and nepotistic the honours list is." Butler continued: "Boris Johnson should rescind his knighthood today. The whole honours system needs radically overhauling, alongside peerages, so that our political system works for the many and not the few."

Mandu Reid, leader of the Women's Equality Party, called the move "astonishing and hypocritical," considering May introduced the Domestic Abuse Bill during her time as prime minister. Reid added: "It is clear that the political establishment does not care about the scourge of violence against women."