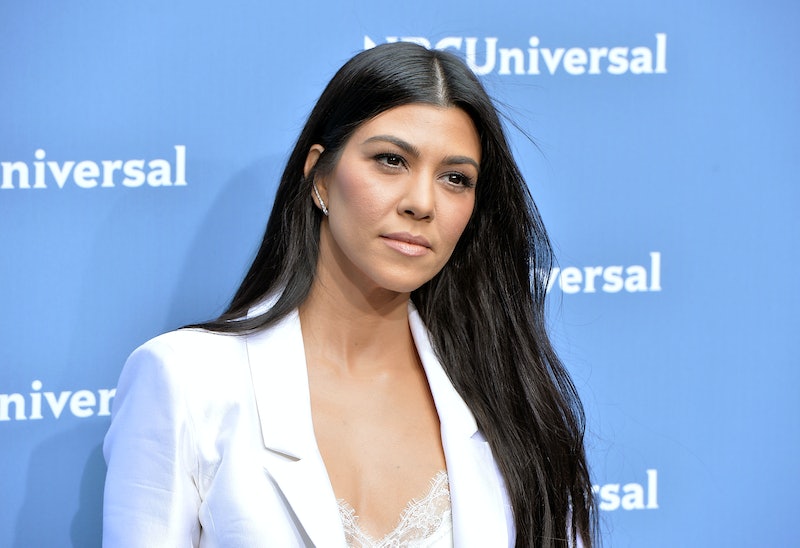 The Kardashians have taken Miami, New York, the Hamptons — and now one of them is taking Washington. On Tuesday, Kourtney Kardashian will speak on Capitol Hill about the need for cosmetics reform, The Hill reports. The eldest Kardashian sister will join Rep. Frank Pallone, Jr. (D-NJ) in calling for updates to the Food and Drug Administration’s (FDA) cosmetic requirements, according to the news outlet.

"While all other product categories regulated by the agency have been updated to keep pace with innovation and consumer expectations, the laws for cosmetics have been left untouched for nearly 80 years," Pallone said in January at a House Energy and Commerce Committee subcommittee hearing, as quoted by The Hill. "That is simply unacceptable, and we really should be taking this opportunity to consider legislation to give FDA the authority and the resources to ensure cosmetics are safe for the American people."

Two sisters in the Kardashian-Jenner clan have makeup lines, and Kylie Jenner announced last week that she'd teamed up with her oldest Kardashian sibling for a "Kourt x Kylie collaboration." Three collab mini eyeshadow palettes and three lipsticks will launch on Tuesday. There was also speculation earlier this year that Kourtney and Khloé Kardashian might be working on their own makeup brands called “Kourt” and “Koko Collection by Khloé Kardashian.” Kourtney Kardashian fueled the rumors by posting a picture to Snapchat of a potential "Kourt" logo in different fonts alongside a Kylie Cosmetics notepad.

Pallone has been calling for changes to cosmetic laws for years, as manufacturers are currently responsible for testing the safety of their own products. Pallone said in a 2015 press release on the subject that the FDA “does not have the framework or resources to review or approve the chemicals used in cosmetic products before they are sold to consumers.” He added: “Millions of Americans assume that the cosmetics they are using on a daily basis are considered safe, but that is a myth.”

One of the only exceptions for FDA regulation in makeup involves color additives, which must be approved by the FDA. The rules for sunscreen products, including makeup that contain SPF, are also a little different and are regulated as drugs, according to the FDA’s website.

Following reports that asbestos was found in cosmetics products sold at Claire's and Justice Retail in December, Pallone called for the FDA to investigate. Claire's said it took nine makeup products off the shelves and found no traces of asbestos when testing other product samples.

The FDA did announce in March that it would look into the reports of asbestos contamination, but advocates of cosmetics reforms want to see that be the norm not the exception.

Another problem Pallone sees with the system involves recalls. He said in 2016 that the FDA lacks the authority to recall a product that's caused serious health problems. “We owe it to American consumers to do all we can to ensure we have a robust cosmetic regulatory system that ensures the safety of the cosmetic products that Americans purchase and use each day," he wrote in a letter to Energy and Commerce Committee Chairman Fred Upton (R-MI) in 2016.

Kourtney Kardashian has previously been an advocate for organic and eco-friendly cosmetics, but it's unclear what specific FDA reforms — if any — she'll call for on Tuesday. Championing increased regulation of the very products her family produces would certainly be an interesting move, but it's probably no coincidence that Kardashian's Capitol Hill debut coincides with the release of the "Kourt x Kylie collaboration." If anything, the Kardashians are excellent at timing.