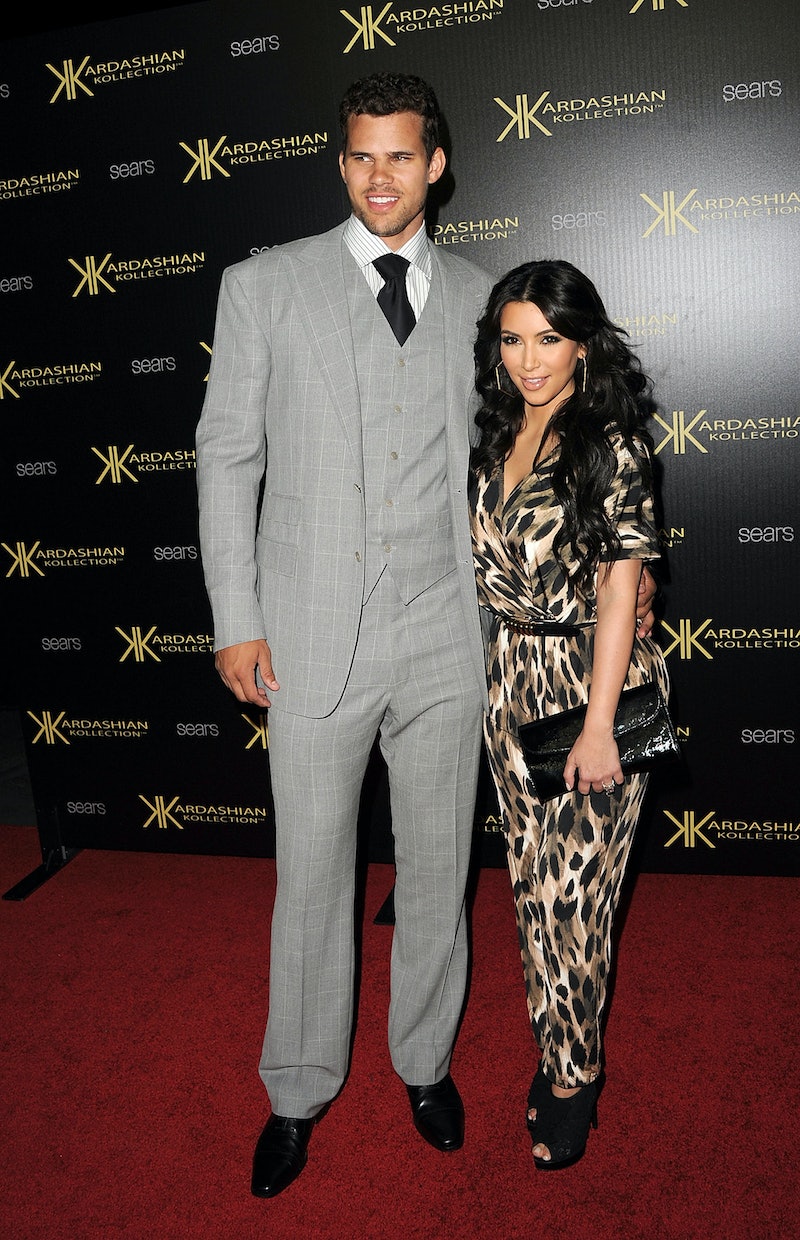 In a personal essay written for The Players' Tribune, Kris Humphries opened up about his marriage to Kim Kardashian. In the piece published on March 26, the former NBA star, who also announced his retirement from basketball in his essay, got real honest about his short-lived relationship with Kardashian. He even discussed how much their divorce truly affected him.

The athlete admitted that he felt like his life was finally where he wanted it to be nine years ago, but that all immediately changed upon meeting the Keeping Up With the Kardashians star. For him, all he "ever wanted to be known for was basketball," but obviously that didn't happen. Humphries wrote,

"Look, I should have known what I was getting into. I was definitely naive about how much my life was going to change. But the one thing that really bothers me is whenever people say that my marriage was fake."

The now 34-year-old (he was 26 when he married Kardashian on Aug. 20, 2011) wants everyone to know that his relationship with the reality star "was 100% real," despite their marriage coming to an end after only 72 days. At then end of October in 2011, Kardashian's rep confirmed the divorce in a statement given to The Hollywood Reporter that read,

"After careful consideration, I have decided to end my marriage. I hope everyone understands this was not an easy decision. I had hoped this marriage was forever but sometimes things don't work out as planned. We remain friends and wish each other the best."

Kardashian's decision to pull the plug on her second marriage was also filmed for Season 2 of Kourtney & Kim Take New York, which aired in 2012.

Kardashian previously told Watch What Happens Live With Andy Cohen in May 2017 that she knew her marriage to Humphries wouldn't last on their honeymoon. "At the time I just thought, 'Holy sh*t, I’m 30 years old — I better get this together. I better get married,'" she admitted. "I think a lot of girls do go through that, where they freak out thinking they’re getting old and all their friends are having kids."

Humphries admitted that he had a hard time dealing with the breakup in such a public way. So much so, he even found himself experiencing darkness regarding the ordeal, which he described as "brutal." He wrote,

"My whole life, I was a really confident, happy person. But nothing can prepare you for the feeling of walking down the street, or being anywhere, really — the grocery store, the gas station — and having people literally running up on you and trying to film you, trying to grab you, saying God knows what."

"I’ll be honest, I dealt with a lot of anxiety, especially in crowds. There was about a year where I was in a dark place. I didn’t want to leave my home. You feel like … I don’t know … the whole world hates you, but they don’t even know why. They don’t even know you at all. They just recognize your face, and they’re on you."

For a time, Humphries even felt like he "didn’t want to be Kris Humphries." He revealed, "It's the craziest feeling in the world, not wanting to be yourself. And I didn’t even want to say anything to defend myself, because it felt like I couldn’t win. You can’t go up against the tabloids. You can’t go up against that machine. There’s no point. And even if I played that game, I felt like it would be disrespecting the game of basketball."

The one-time professional basketball player recognizes that some people will forever view him as "That F*cking Guy from TV," which he said he understands. "I signed up for it," he wrote. "I don’t want any pity at all. But I hope that true fans of basketball remember me as a grinder, as a guy who transformed into a heck of a rebounder, and as a guy who always tried to put the game in the best light."

As Humphries wrote in his essay, he's in a better place today, but he still tries to "stay under the radar" as much as possible.

There's no denying his nuptials to Kardashian will forever go down in history as one of the most memorable celebrity marriages, but it's important to remember that they are simply two human beings who were once in love and unfortunately had to deal with a failed marriage in the limelight. They are clearly both two very different people today, who have also done the best that they can to move forward from a very painful and emotional time in their lives.