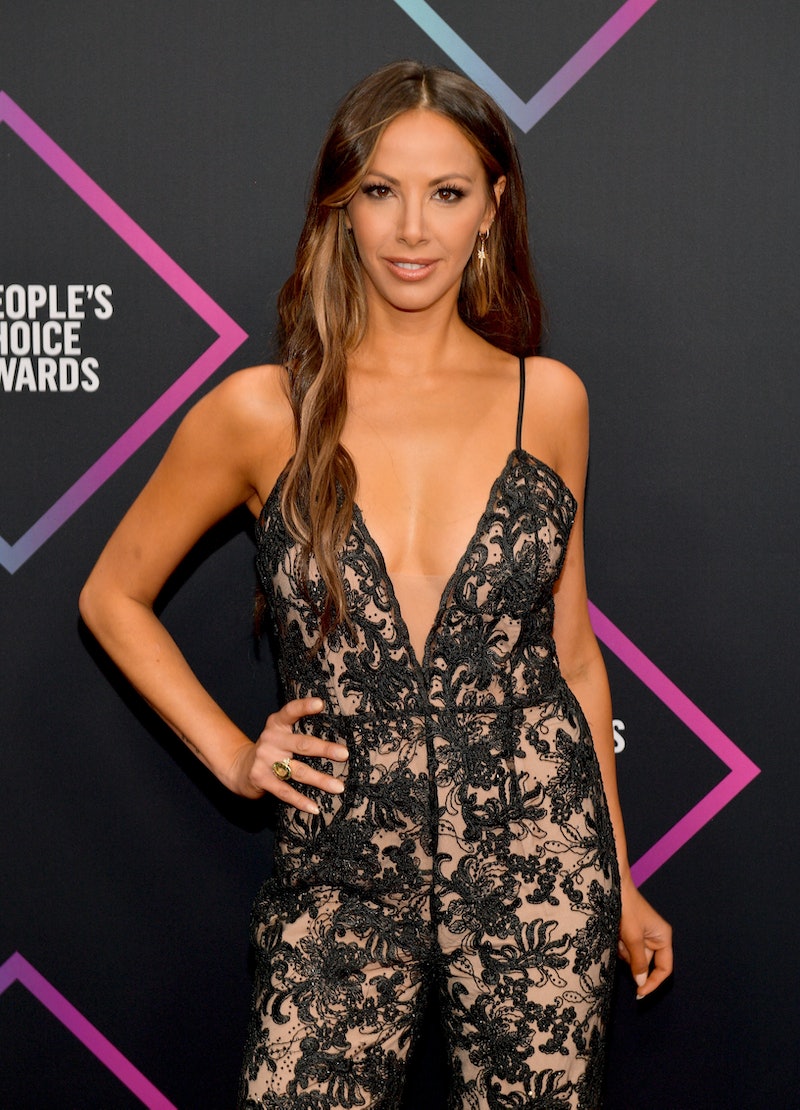 Vanderpump Rules cast member Kristen Doute has been in a stable relationship for three seasons. Even so, her boyfriend Brian Carter barely appears on the show. That could have been because of their (previous) lack of drama. Now, their relationship is a hot topic among fans. Kristen gave an update on her relationship status during a Feb. 18 appearance on Watch What Happens Live With Andy Cohen.

Kristen joined Andy Cohen in the Bravo clubhouse after a rough Vanderpump Rules episode that same night. According to Us Weekly, a caller asked Kristen about her current relationship status. SHE kept it real with her answer:

"You know what? Honestly, I bleed out for the show. Like, I show every single second of everything. And so for this, I’m just going have to say, like … we’re figuring it out."

An understandably emotional Kristen added, "Especially if you want to talk about what’s happening today, like, the show airing and what’s been going on in our relationship for the past year or more, like, we’re figuring it out. So we’ll let you all know when we get to that place." Get to what place? A good place... or the end of their relationship?

Andy told Kristen, "It doesn't sound promising." Unfortunately, it does not, especially given the Feb. 18 Vanderpump Rules episode. During the episode, Kristen stormed out of a girls trip after she received a text from Carter. In her absence, friends Katie Maloney and Stassi Schroeder discussed Kristen's (supposed) relationship problems. They claimed she's "unhappy" and pays for everything in her relationship. That had to be tough to watch — for both Kristen and Carter.

The WWHL episode wasn't the only time Kristen dished her love life on Monday. That same Us Weekly article reported that Kristen posted some videos to her Instagram Story. The t-shirt designer told her followers,

“I just really want to say, thank you guys for being so kind tonight. It was a really stressful Watch What Happens Live for me beforehand because it was a difficult episode, but you guys were really kind and sweet, and so thank you for that.”

She also admitted that she's going through "a little bit of a difficult time" these days.

Even though it's very unusual to hear about Kristen and Carter's relationship troubles on Vanderpump Rules, it wasn't a total surprise to anyone who keeps up with the cast members in between seasons.

In a Dec. 11 2018 interview with Who, Kristen teased relationship problems. She admitted,

"Carter and I have a little bit of a bumpy summer. No cheating or anything like that, but we’ve been together for three-and-a-half years and definitely had issues I was almost choosing to not confront."

Of course, Kristen didn't reveal any detailed spoilers in that interview. But she did explain a little further, saying, "Like we’d have a fight at night and just ignore it the next morning, and it just became a pattern. All my wonderful girlfriends were like, 'Look, you can’t hide this from the show. Because if you’re hiding it from the show, you’re really hiding it from your life.'"

If anyone can be considered "open" on Vanderpump Rules, it's Kristen. Even so, she told Who, "I’m not super-excited to watch that stuff, but I think it’s better for us in the long run."

Let's hope so — one good sign for Kristen and Carter's relationship is that Carter posted a sweet Instagram in honor of her birthday on Feb. 18. He wrote, "Got lucky with this one! She never let’s me take her picture; she said she doesn’t want me to see a bad picture of her. I replied, not possible here’s proof. @kristendoute I love you and every part, especially the crazy."

If Carter "especially" loves the crazy, then it's pretty promising that they'll be able to work things out as a couple. There are a lot of ups and downs that comes with dating a Vanderpump Rules cast member.

More like this
The 'Big Brother 24' Racism & Bullying Controversy, Explained
By Jake Viswanath
Everything To Know About 'RHONJ' Season 13
By Brad Witter and Jake Viswanath
Armie Hammer's Exes Share His Alleged Voice Messages About Cannibalism & Abuse
By Grace Wehniainen
All The Celebrity Relatives Revealed On 'Claim To Fame' So Far
By Brad Witter
Get Even More From Bustle — Sign Up For The Newsletter