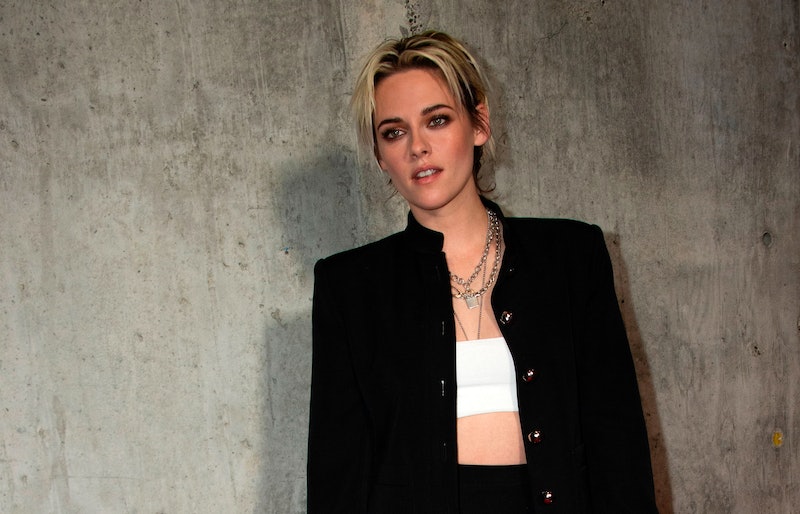 Move over, The Crown — there's a new royal project in town. According to Deadline, Kristen Stewart is set to play Princess Diana in a new biopic that will center around one of the biggest scandals in the royal family's history: her divorce to Prince Charles. Directed by Pablo Larraín, the film, titled Spencer, will explore a critical weekend in the Princess of Wales' life, which ultimately led to her decision to end her marriage and step away from royal life altogether.

As per the official description, the drama is set in the early '90s and takes place over the course of just three days during one of her final Christmas holidays in the House of Windsor, located on their Sandringham estate in Norfolk, England. Production for the project is slated to get underway in early 2021, which means further details about the film are limited, including who else will appear alongside Stewart. But even though Spencer is still in the very early stages of development — and will be introduced to buyers at the upcoming virtual Cannes market — Larraín is eager to explore this vital part of the former British royal's life and showcase how this fairytale ending got turned on its head.

“We all grew up, at least I did in my generation, reading and understanding what a fairy tale is,” Larraín told Deadline in a recent interview. “Usually, the prince comes and finds the princess, invites her to become his wife and eventually she becomes queen. That is the fairy tale."

However, in the case of Princess Diana, she opted to leave that life behind and walk away from what many had assumed would be her happily ever after. So what pushed her to that breaking point? That's a question that Larraín is hoping to answer. "When someone decides not to be the queen, and says, I’d rather go and be myself, it’s a big big decision, a fairy tale upside down," he continued. "I’ve always been very surprised by that and thought it must have been very hard to do. That is the heart of the movie."

Larraín is also equally excited with the casting of Stewart, who has firsthand experience with how overwhelming the spotlight can be, having risen to fame rather quickly during her portrayal of Bella Swan in the Twilight Saga. "Kristen can be many things, and she can be very mysterious and very fragile an ultimately very strong as well, which is what we need," Larraín added, explaining why he felt Stewart is the perfect fit for the role. "The way she responded to the script and how she is approaching the character, it’s very beautiful to see. I think she’s going to do something stunning and intriguing at the same time."

Sadly, Princess Diana's life was tragically cut short by her death in 1997. And while the film won't touch upon that heartbreaking ending, Larraín hopes Spencer will help give fans a better insight into who this iconic woman was outside of the crown. "We all know her fate, what happened to her, and we don’t need to go there," he explained. "We’ll stay in this more intimate space where she could express where she wants to go and who she wants to be."

More like this
Sandra Bullock’s Razzies Speech Proves She’s The Ultimate Miss Congeniality
By Sam Ramsden
You’ll Definitely Recognise The Stars Of Amy Winehouse’s Biopic
By Maxine Harrison
Anne Hathaway Shared A "Thrilling" 'Princess Diaries 3' Update
By Darshita Goyal
'Abbott Elementary' Fans Probably Missed This 'Parent Trap' Easter Egg
By Sam Ramsden
Get Even More From Bustle — Sign Up For The Newsletter
From hair trends to relationship advice, our daily newsletter has everything you need to sound like a person who’s on TikTok, even if you aren’t.