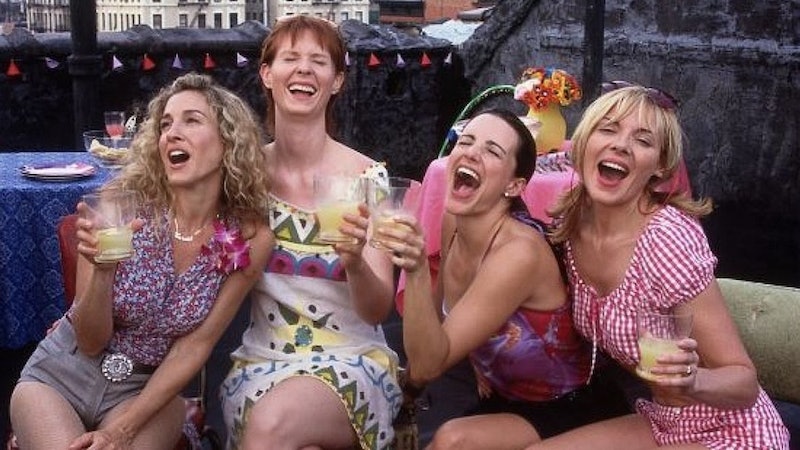 Carrie Bradshaw, columnist and… singer? Kristin Davis’ Sex and the City fantasy reimagines it as a Broadway musical. The Sex and the City alum appeared in a new episode of PEOPLE Now on Nov. 11 and dished on her fantasy spin-off idea for the beloved HBO series amid the era of revivals. Davis, who played Charlotte York for six seasons in the series and its two films, cited Mean Girls’ recent Broadway stint and said a live theater experience would be a new way to connect with fans. While she revealed that she can’t sing very well, Davis offered an alternative for Charlotte nonetheless.

When pressed on which former castmate is the best singer, Davis said Parker and cited her Broadway past in Annie, How to Succeed in Business Without Trying, and an upcoming role in Plaza Suite alongside husband Matthew Broderick. In her interview, Davis also reiterated that her ideas were all just a personal fantasy. “It’s not real, unfortunately,” she said.

Sex and the City followed the lives of sex columnist Carrie Bradshaw (Parker) and her friends Charlotte (Davis), Samantha (Kim Cattrall), and Miranda (Cynthia Nixon) as they navigated life and love in New York City. The comedy drama series ran for six seasons between 1998 and 2004 and resulted in two films. While a reboot doesn't appear to be on the horizon, Sex and the City author Candace Bushnell has a new TV series in the works for her follow-up novel Is There Still Sex in the City?, per TheWrap, but no actors are attached to the project yet.

Davis isn’t the only SATC alum with a revival on her mind. In September, Parker revealed she would be “curious” to revisit the series in today's landscape. “I’d like to see where all of them are,” Parker told Entertainment Tonight. “The world has changed so much [with] technology and social media… and the #MeToo movement and Time’s Up has really steered conversations about sexual politics. I think Carrie Bradshaw would just be so greedy to share her feelings and thoughts.”

More like this
Rupert Grint Just Shared A *Major* Update About Ron Weasley’s Future
By El Hunt
The Banned 'Friends' Ad Shows Monica As You’ve Never Seen Her Before
By Sam Ramsden
Ashton Kutcher Wants Danny Masterson “To Be Found Innocent” In Rape Retrial
By Jake Viswanath
'Abbott Elementary' Fans Probably Missed This 'Parent Trap' Easter Egg
By Sam Ramsden
Get Even More From Bustle — Sign Up For The Newsletter
From hair trends to relationship advice, our daily newsletter has everything you need to sound like a person who’s on TikTok, even if you aren’t.