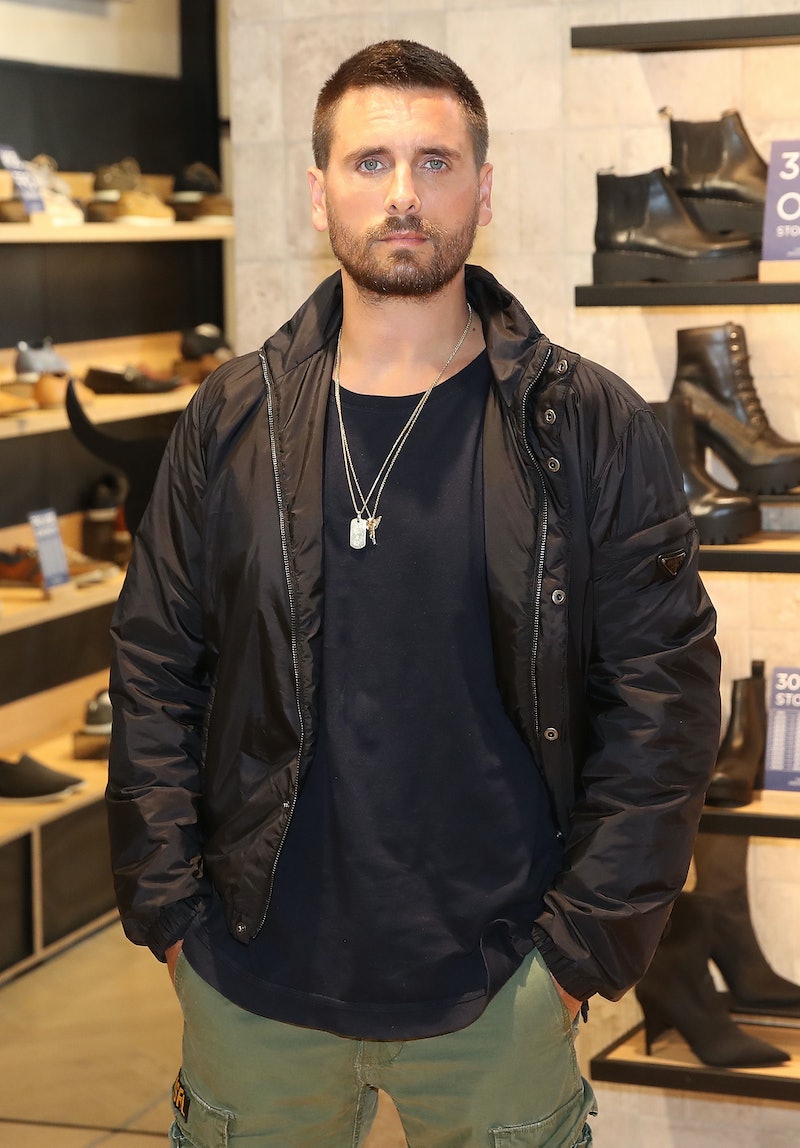 The Kardashian family trip to Bali had its fair share of drama, but Scott Disick stayed far away from it. In Keeping Up With the Kardashians' April 21 episode, Scott was a peacemaker and a model parent. Scott has grown so much on KUWTK, and fans are thrilled with where he is now.

During the vacation, Kourtney and Khloé were fighting pretty much as soon as they got to Bali. Kourtney told Khloé she was complaining too much, which was the last thing she wanted to hear after watching her sisters' kids while they both slept on the long flight. But the whole time they were snapping at each other, Scott was doing his best to keep the peace, talking to Khloé about her frustrations without taking a side or casting judgment.

Plus, Scott made sure the trip was fun for his and Kourtney's three children by spending plenty of time with them and doing kid-friendly things. After multiple excursions searching for "buried treasure" and money with metal detectors came up fruitless, Scott had the sweetest idea for a replacement activity. He and the kids made their own time capsule of sorts and buried it on the beach for another family of vacationers to find in the future.

"I'm so proud of Scott," one fan tweeted. "He's been such a good sport in this season/vacation and I'm so happy he prove [sic] everyone wrong."

Added another viewer: "Scott should win the award for most changed since the beginning of the show, he has always been my fav."

There was also a moment when Kendall and Kylie called the vacationing family members on FaceTime, and Kris' mom MJ got on the phone too. Scott told MJ that he missed her — a sweet nod to their growing bond. (Earlier this season, he and MJ had tea together, while she admitted that she didn't always feel she had enough attention from Kris.)

One person who was definitely impressed with Scott's behavior on the trip was Kourtney. Earlier this season, she'd expressed hesitance about letting him come on more family vacations, after he'd flown a woman out on a previous trip without letting the family know. But it looks like she made the right call, because he really did seem to be having a great time with everyone.

At the end of the episode, Scott captured a photo of Khloé and True on the beach at sunset. (Fans will recognize it from Khloé's Instagram — she shared it in October.) When he asked her to return the favor and take a picture of him, Kourtney stepped in and asked Khloé to get a photo of her with her ex. Khloé couldn't contain her surprise, joking that the photo was for "Co-parenting Magazine."

Scott has come a long way since KUWTK started, and Sunday's episode showed just how devoted he is to his family. His relationship with Kourtney may not have worked out, but they're working together to raise three great children.