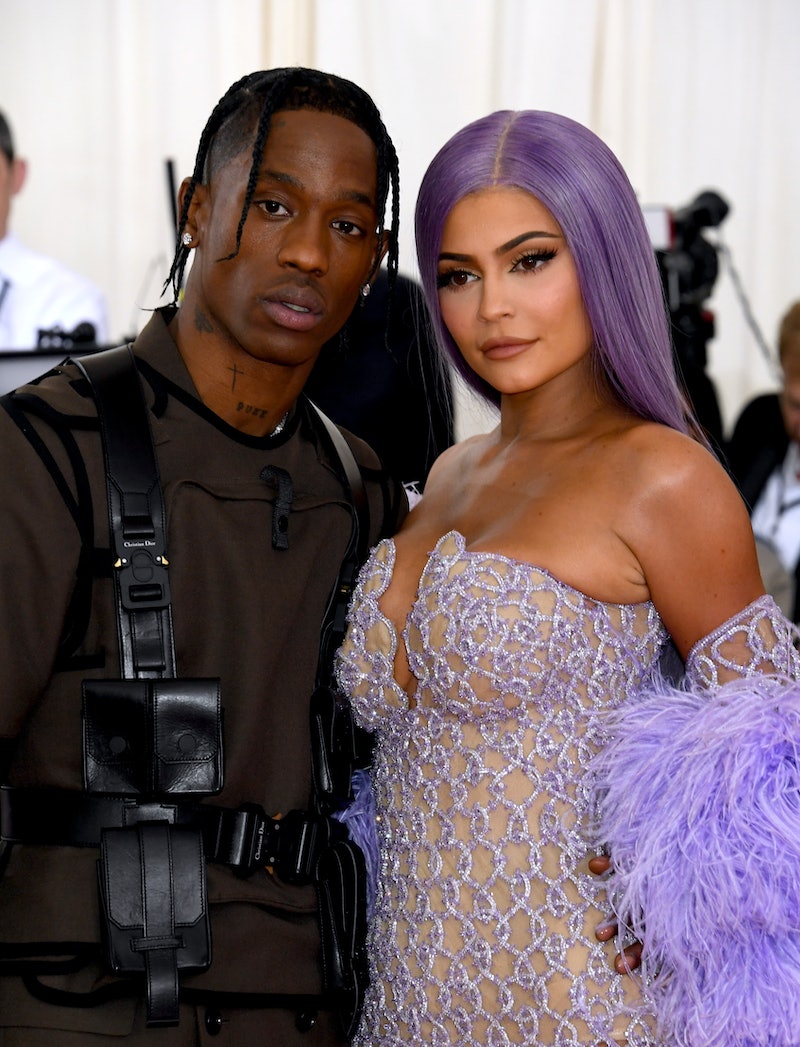 One month after she announced their separation, Kylie Jenner attended Travis Scott's Astroworld music festival, and it was reportedly a family event. "Kylie flew to Houston with a group of friends. She returns to LA this morning," a source told People on Sunday. "It was important for her to support Travis' festival. They are still very close and often hang out with Stormi."

As portrayed in his Netflix documentary, Look Mom I Can Fly, Stormi frequents his concerts and has attended the festival before with Jenner. The one-year-old's mom announced her split from the rapper via Twitter on Oct. 3. "Travis and i are on great terms and our main focus right now is Stormi," she wrote. "Our friendship and our daughter is priority."

So, it looks like Jenner and Stormi flew out to support their family and nothing more, except to maybe dance and have some fun. According to The Houston Chronicle, Jenner danced in the front row during Spanish singer Rosalía's performance (surrounded by security guards) and the singer even dedicated a song to her.

Later, Jenner's brother-in-law Kanye West made an appearance, per People, and performed "Can't Tell Me Nothing" and "Follow God," a song from his latest album Jesus is King.

On the day their breakup was announced, a source told People that "there is absolutely hope" that Jenner and Scott will make amends. And Jenner's actions echo that. On Saturday, Scott received a custom, giant flower arrangement that spelled out "ASTROWORLD" and social media immediately erupted in speculation that it was Jenner's doing.

He shared a picture of it on his Instagram Story. “Love u that I really do,” he wrote over the top. He paired it with a red heart and a butterfly emoji — the latter is known as an unofficial symbol of their relationship. They have matching butterfly tattoos on their ankles, and according to People, Scott has gifted her with butterfly-themed jewelry in the past.

Rumors of a Jenner-Drake fling have recently circulated, however, according to People, the two are just friends. "She has been hanging out with Drake. Mostly together with other friends as well," a source told People. "She has known Drake for a while. They are not in a relationship. It mostly seems like they have chemistry, flirt and hang out. Nothing too complicated."

Still, she plans on continuing to spend time with Scott as the holidays approach. "He still might need knee surgery in L.A. and then he will recover at Kylie’s too," another source told People. “And as special holidays are coming up, they will continue to spend a lot of time together. They both seem great together."