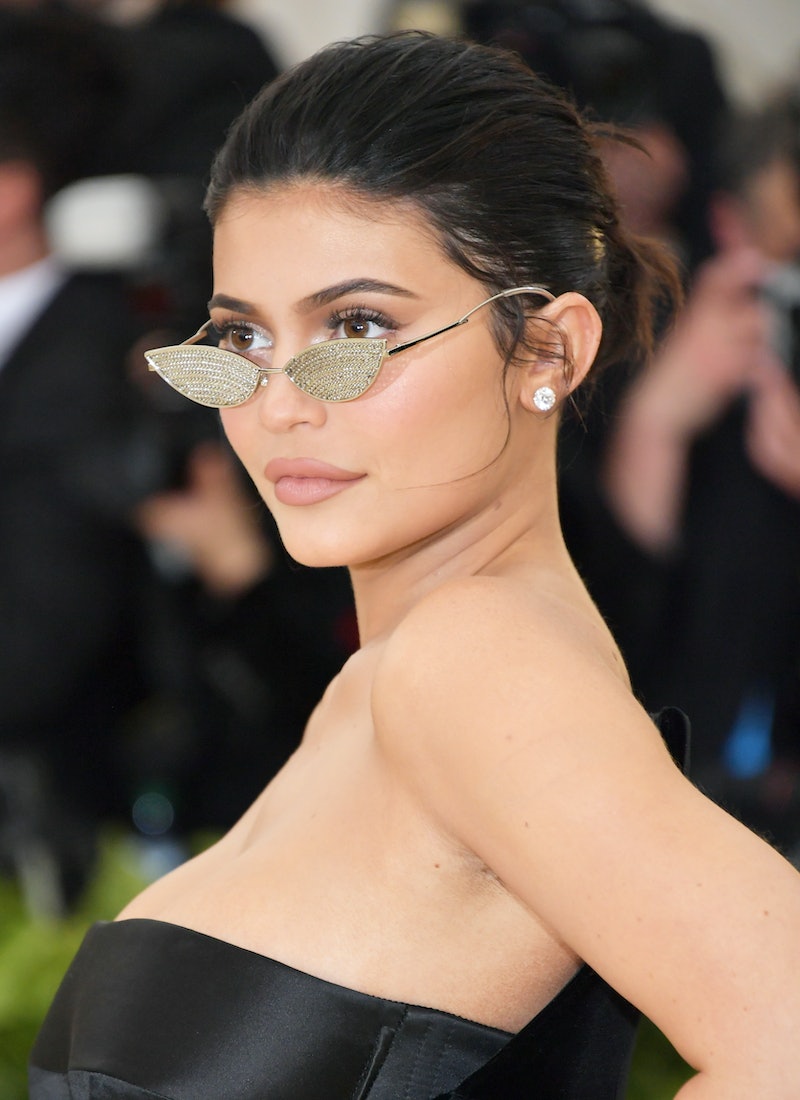 Red carpet moments are always a great place to draw style inspiration. When celebrities step out in new trends, fans are ready to copy them ASAP. Kylie Jenner wore a retro updo to support her rapper beau Travis Scott at the premiere of his Netflix Documentary Look Mom I Can Fly. The simple style proved how aesthetically pleasing ponytails can actually be.

As unimpressive as the classic 'do might sound, the way King Ky styled hers will transport you back to the ‘50s and ’60s. As the couple took photos at the premiere, the cute and classic hairstyle on top of Jenner’s head made fans take a double take. The look, which is unusual for Jenner, featured a high ponytail with a simple flare at the ends. Plus, Jenner made the ponytail even more of a throwback with the addition of a swoop side bang tucked neatly behind her ear.

Prior to the premiere, Jenner posted a video of herself in the mirror, showing off the retro hairstyle to her Instagram Story viewers. As it turns out, Jenner herself was inspired by a famous friend who often rocks a similar look. Jenner captioned the video with “@bellahadid with the style inspo.” Clearly, even trendsetters like Jenner are influenced by other trendsetters.

Jenner may have been inspired by models like Bella Hadid, as well as her own sister Kendall, for some time now. The social media star has been on a rampage of slicked back hair over the summer, and this ponytail look is is just one of many of the retro hair looks she's tried.

On July 28, Jenner posted a picture wearing a '60s-esque half up, half down look. She mixed and matched eras with her flared hair to contrast her '90s leather Aaliyah-like "Try Again" pants.

On July 29, Jenner followed suit in her blast-from-the-past hairstyles with something much simpler that almost anyone could recreate at home. The makeup guru posed for another mirror photo with this simple short style featuring flipped ends, a cute side part, and a hair clip to bring this look back from the fashion archives.

But the '60s hair didn't stop with Instagram posts either. Jenner also wore the look in the latest Kylie Cosmetics Birthday Collection campaign photos. Throughout the pictures, Kylie rocked this half updo with laid baby hairs and full glam, all while rolled in money-themed satin fabric. Extra doesn't even come close to appropriately describing how extravagant the whole outfit is.

The Kardashians and the Jenners have become celebrities to look to for style advice. But even someone like Jenner can be inspired by a friend — or another era.