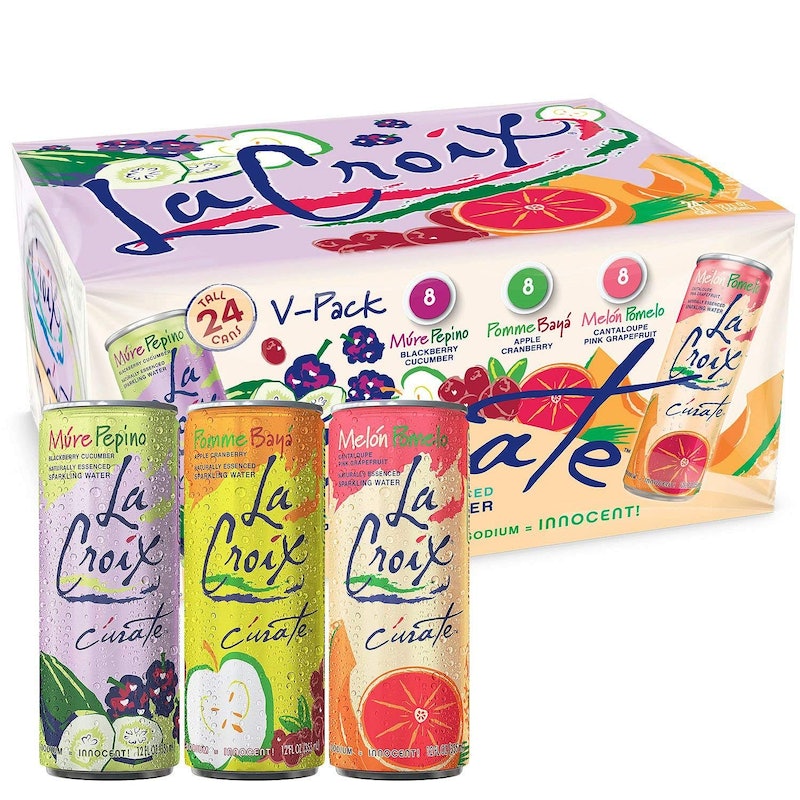 You might’ve heard some allegations about one of the leading sparkling water makers. While LaCroix's parent company, National Beverage, has denied the claims, a class action lawsuit alleges that LaCroix's ingredients aren't “all natural” because the seltzer allegedly contains artificial ingredients, CBS News reports. One of the ingredients, the lawsuit alleges, is a chemical found in insecticide. On Feb. 19, 2020, the lawsuit was dismissed and all the allegations retracted, according to a press release sent to Bustle by National Beverage.

According to Popular Science, Beaumont Costales, the law firm that filed the lawsuit against National Beverage, released a statement that said, “testing reveals that LaCroix contains a number of artificial ingredients… LaCroix in fact contains ingredients that have been identified by the Food and Drug Administration as synthetic. These chemicals include limonene, which can cause kidney toxicity and tumors; linalyl propionate, which is used to treat cancer; and linalool, which is used in cockroach insecticide.”

National Beverage denies the allegations, saying in a statement, "Natural flavors in LaCroix are derived from the natural essence oils from the named fruit used in each of the flavors. The United States Food and Drug Administration considers 'natural' on a food label to be truthful and non-misleading when 'nothing artificial or synthetic (including all color additives regardless of source) has been included in or has been added.'"

Michael M. King, Esq., a representative for National Beverage, tells Bustle via email that, "National Beverage emphatically denies all allegations contained in the lawsuit and negative press articles related to it. There are no sugars nor artificial ingredients contained in, nor added to, our LaCroix products. All of our ingredients are certified as natural."

So what’s really going on here? Well, Popular Science says those three chemicals aren’t actually synthetic; they’re naturally occurring chemicals. Limonene is a “major component of oil extracted from lemon peels,” linanool is found within flowers and plants, and linalyl propionate is derived from plants like ginger and lavender, Popular Science reports. As for allegations of their harmful effects, Popular Science says there’s inadequate evidence that limonene causes kidney damage or cancer. And, yes, linanool is used in insecticides, says Popular Science, but the only documented toxic effects it has had on humans has been mild skin and eye irritation in its aerosolized form, which is normal for basically any spice. And, according to Popular Science, linalyl propionate has actually been shown to help inhibit the growth of prostate cancer.

“It is very unlikely these naturally-occurring substances pose a health risk when consumed at levels usually found in foods,” Roger Clemens, an expert in food and regulatory science at the University of Southern California, told Popular Science. “If there were a health risk, then citrus juices and spices, such as curry, would not be consumed or be part of the commodity market.”

For now, you can keep drinking your favorite fizzy water. According to Popular Science, the FDA’s definitions for “artificial” and “synthetic” can be a bit nebulous and confusing, leaving room for lawsuits. But this lawsuit makes this popular flavored drink look way more dangerous than it really is.

This article was originally published on Oct. 5, 2018