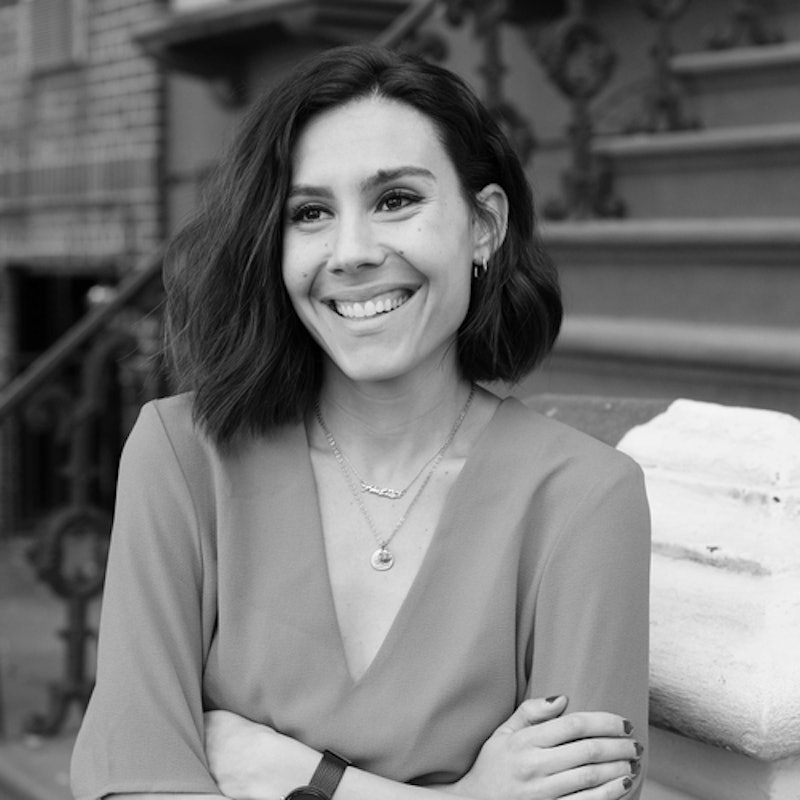 In the past few years, there's been a major push to talk about the gender pay gap, in an effort to close it once and for all. Ladies Get Paid is an organization that works to educate women and nonbinary people about how to advocate for a more equitable workplace, a conversation that has grown to encompass everything from equal pay to fighting harassment in the wake of #MeToo. But as initiatives like these become more visible, they can also attract an unexpected type of attention.

Last year, Ladies Get Paid was sued by members of a men's rights group that claimed that Ladies Get Paid's policy of hosting only women and nonbinary people at their events, in an effort to create a safe space for those people to share their experiences, was discriminatory on the basis of gender. The defendants claimed they were denied entry to two separate Ladies Get Paid events in 2017.

"The workplace was designed for men," Claire Wasserman, the founder of Ladies Get Paid, tells Bustle. "Men are expected to be the breadwinners, and we are expected to be dependents. I think a lot of men measure their value by how much they get paid, while women aren't expected to speak up and ask for more money or respect. That’s why sometimes, men can get angry at us."

Ladies Get Paid settled the lawsuit, the terms of which included a change in policy to allow people of all genders at their events, and it's launched a crowdfunding campaign to help keep the organization afloat, which was fully funded as of May 30. But the lawsuit, and how Wasserman's organization is moving forward after it, has raised new questions about how to cultivate a truly inclusive safe space.

Ladies Get Paid says it's dedicated to the empowerment of women in the workforce, from getting the annual raise they deserve, to moving into leadership roles and advocating for other women. "I realized that if I could help a woman get a raise, then collectively we could slowly be moving the needle on the wage gap, which would give us a sense of agency," Wasserman says. What's now Ladies Get Paid grew out of a single town hall meeting, called "Women And Money," where women could talk about how much they get paid, with larger implications around worth, value, and power. The response, Wasserman says, was overwhelmingly positive: women were grateful for a place to discuss topics deemed "uncomfortable," such as money and workplace ambition. Listening to their stories, Wasserman says she realized how unequally men and women are treated in the workplace, especially in leadership positions, and even more so for people of color.

Wasserman decided to start an organization that could host on and offline workshops, with a mission to close the wage and leadership gap, while maintaining a sense of humor. The organization provides women with the education, tools, and community that will help them get the jobs they deserve. It now boasts a community of 20,000 people who communicate through email, a Slack group, and at in-person events. And at the core of it, was the idea that this community would be a safe space for women and nonbinary people to talk about their specific challenges, without fear of being talked over or interrupted.

"We didn’t make it women-only just for the sake of making it women-only," Wasserman tells Bustle. "I made a very conscious decision to do so after the first town hall we did. These women shared in a way that I know they would not have had there been men in the room. We were talking about serious discrimination and sexual harassment. Everything we’ve done has been predicated on women feeling vulnerable enough to share their true selves in order to start strategizing to do better and be better."

"What’s really disappointing and disturbing, from our perspective, is that we are working to make men and women have an equal place in the workforce, and yet we’re being sued under civil rights law," Wasserman says.

Regardless of the change in policy, Wasserman believes that Ladies Get Paid will remain a safe space because of the precedent that's already been set, and the pre-existing culture of the virtual space. People in meetings are supportive and encouraging of those who share their stories — meaning that the real safe space is defined by the people who advocate for vulnerability and champion each other, Wasserman says. And this is something you can enact in your day-to-day, too.

"Women coming together is incredibly powerful, and for some, threatening," Wasserman tells Bustle. "Go out for drinks with your girlfriends, and take a moment to recognize that you have more power than you thought you did."