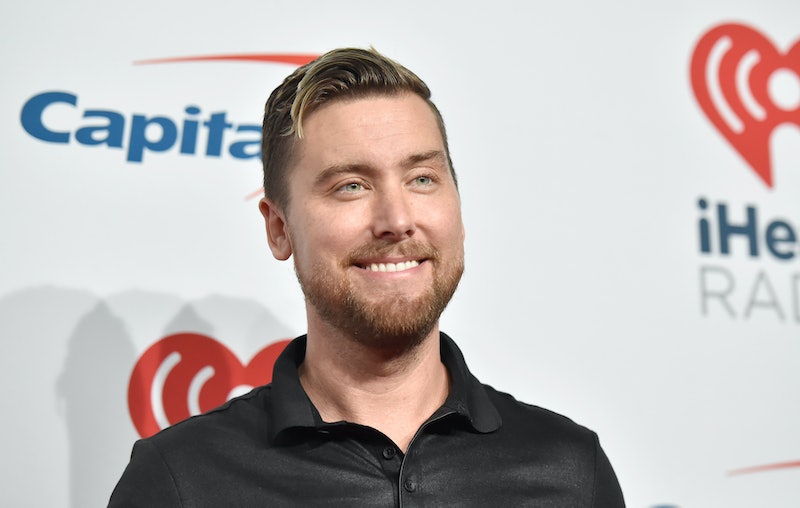 During Monday's Watch What Happens Live With Andy Cohen, Lance Bass revealed he came out to Britney Spears literally right after her January 2004 Las Vegas wedding to Jason Alexander. That's right, the *NSYNC singer went to Vegas to check on Spears after her unexpected and super short nuptials (the two were only married 55 hours) and ended up telling her that he's gay.

According to Bass, the "Oops!...I Did It Again" singer was so upset after marrying Alexander at the Little White Wedding Chapel that he opened up about being gay as a way to somewhat calm her down. Spears was one of the first people Bass had told about his sexuality before coming out publicly two years later in 2006.

"It was the night that she got married the first time in Vegas to Jason. So I went up to Vegas to kind of see the craziness that was happening. And she was a little upset once she realized what she had done because, you know, it was a funny thing. And then she started, like, really crying and, like, she was so upset."

"And so I took her to her room and we were sitting on her bed and she wouldn't stop crying, so I was like, 'I'm gay.' And it made her stop crying... She chuckled."

This isn't the first time Bass has told this story. During a 2014 interview with Entertainment Weekly’s Tim Stack and Tanner Stransky for EW Radio's Bullseye, the 40-year-old said,

"It was a dramatic night … It dawned on her like, 'What the hell did I do?' So she started really crying and it started settling in that this was all happening and the only way I could think to make her stop crying was to reveal that I was gay to her. And it worked. It was a good distraction. She was very happy. She loves the gays."

Regarding their short-lived marriage that was eventually annulled 15 years ago, Alexander opened up about marrying Spears in a 2012 interview with ABC News. "She just came out and asked me," he said. "She was like, 'Well, let's get married.' And I was like, 'Sure. You know, let's do this.'" He later told the news outlet, "I went with my feelings. I was in love with her. ... I feel like she felt the same way." Alexander said he signed the annulment because he was being a "nice guy," but that his feelings were a hurt.

As for Spears, she spoke with E! News in March 2004 after saying "I do" to Alexander. Spears described the marriage as follows: "It was me being silly, being rebellious, and not really taking the responsibility of what I was doing, you know? And after partying, you know, you really don't think about what you're doing. So it was one of those things that were really silly."

According to Bass, the whole ordeal affected Spears greatly. So much so that he thought the best way to help her through the emotional time was by revealing his true self to her. Bass apparently felt comfortable and safe enough with Spears to open up about being gay, which says a lot about their relationship at the time.

More like this
Britney Spears Shared The Real Reason She Shut Down Her Instagram Account
By Brad Witter
9 Photos Of Celebrity Couples & Unexpected Duos At The 2023 Grammys
By Jake Viswanath
The History Of Taylor Swift's "All Too Well" & What The Lyrics Actually Mean
By Jake Viswanath
Meghan Trainor & Daryl Sabara Are Expecting Their Second Baby
By Jake Viswanath
Get Even More From Bustle — Sign Up For The Newsletter
From hair trends to relationship advice, our daily newsletter has everything you need to sound like a person who’s on TikTok, even if you aren’t.