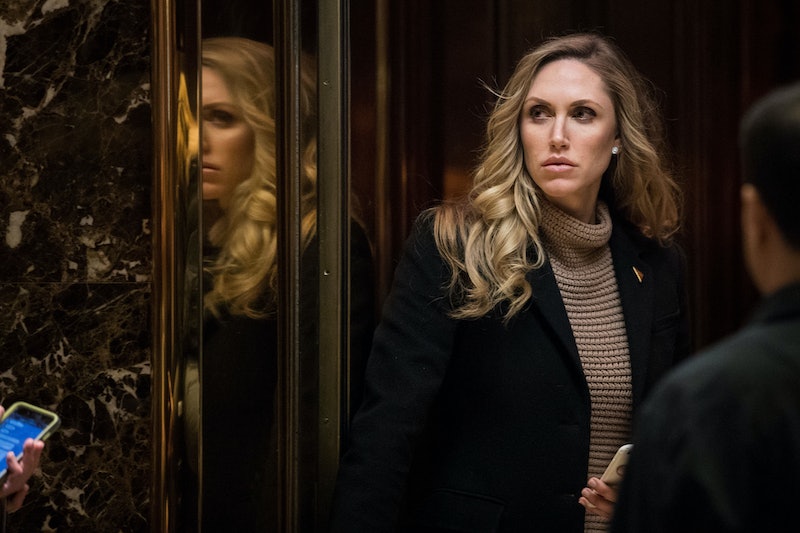 Under the current government shutdown, hundreds of thousands of federal workers have either been furloughed or called to work without being paid, leaving many struggling to pay for food, mortgages, rent, and more. But these federal workers' missed paychecks during the government shutdown, according to Lara Trump, are "a little bit of pain" that they're enduring for "the future of our country."

In an interview Monday that touched on the shutdown's troublesome impact on government workers across the country, Bold TV's Carrie Sheffield asked Trump for her take on the situation. "Listen, it's not fair to you," Trump said, referring to federal employees, "and we all get that but this is so much bigger than any one person. It is a little bit of pain but it's going to be for the future of our country."

At one point, Trump referred to government employees enduring no pay as "their sacrifice," which she said the future generations would be "thankful" for.

To put things into perspective, this shutdown, which is now the longest one in American history, has affected over 800,000 American federal employees since it first began at midnight on Dec. 22. To make ends meet, many government employees have turned to moonlighting on the side, while others have asked for donations on crowdsourcing platforms like GoFundMe. And it's not clear if these donations come risk-free, as CNN reported that these workers may even face legal backlash for supplementing their income from external sources because it could be viewed as bribery.

Praising President Donald Trump for not budging on his demand for $5.7 billion in a spending bill for a border wall between the United States and Mexico, Lara Trump said that it was a "one time opportunity" to apparently fix the American immigration system.

And as for the duration of this shutdown, Trump lobbed blame on the Democratic Party. "It's going to last as long as these Democrats keep playing politics," she told Sheffield. "The reality is the president is out there fighting every single day for what he knows is the right thing to do. He knows we need to reform our broken immigration system."

Trump, who is married to the president's son Eric, added that that her father-in-law was passionate about building the border wall he promised on the 2016 presidential campaign trail and that "he knows he's going to win this."

But with no end in sight for the shutdown, public opinion of Donald Trump seems to be rapidly souring. According to a PBS NewsHour and Marist poll, most Americans actually view the president, not Democrats, as the reason for a government shutdown.

Patience among federal workers is also wearing thin. On Wednesday, government employees held a 33-minute-long silent protest, each minute denoting each day of the shutdown, in the Hart Senate office building.

As for Lara Trump, many on social media criticized her "little bit of pain" descriptor, calling out her own affluent background. CNN legal analyst Renato Mariotti asked if she even knew what it was like to be unpaid.

"Do you have any idea what it's like to get bills in the mail that you can't pay?" Mariotti tweeted. "Do you know what it's like not to visit the doctor because you can't afford the deductible?"