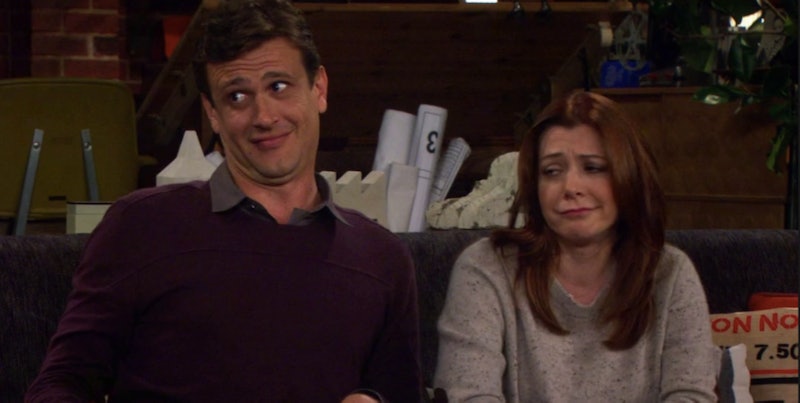 It’s probably no surprise that a shared sense of humor is helpful in a healthy relationship. However, those shared LOLs might translate beyond witty text banter into the bedroom as a new study suggests people who can laugh at themselves have better sex. This is extra good news for those of us who live a life of perpetual embarrassing moments.

The recent study, published in the Journal of Research in Personality, was conducted in Germany with 154 heterosexual couples. Study authors and psychologists Kay Brauer and René Proyer looked at the effects of laughter on relationship satisfaction interviewing couples online and having them answering a questionnaire. Participants were then divided into three categories: people with gelotophobia (those with a fear of people laughed at), people with gelotophilia (people who enjoy being laughed at and even seek it out through means like sharing “shameful or embarrassing experiences”), and people with katagelasticism (the joy of laughing at others).

According to the study, about 10 percent of the population experiences gelotophobia, although we likely each experience all three of these phenomena to a certain degree. “All of these characteristics are normal, up to a certain point - including being afraid of being laughed at," Professor and study co-author René Proyer said. As The Cut reports, the study’s questionnaire had participants say whether they agreed or disagreed with statements like “When [others] laugh in my presence, I get suspicious,” “I enjoy it if other people laugh at me,” and “I enjoy exposing others, and I am happy when they get laughed at” in order to determine categorization.

Though the study was relatively small study and specific to straight couples, the results say something significant about how laughter impacts romantic relationships: gelotophilia, or comfort with being laughed at or teased, was related to positive relationship satisfaction.

These result were especially true among female participants. Women who were categorized as gelotophilic reported higher rates of sexual satisfaction. “Women reported more often that they tended to be satisfied with their relationship and felt more attracted to their partner,” study co-author Kay Brauer stated in a press release for the study. “They and their partners also tended to be equally satisfied with their sex life.”

“We found that partners are often alike with regard to their individual characteristics and also their profiles,” Kay Brauer stated. In turn, couples whose categories matched reported higher relationship satisfaction.

The study’s results didn’t carry over to those in the katagelastic category (people who enjoyed laughing at others). However, couples in which both partners experienced katagelasticism tended to argue more often. "That is hardly surprising,” study author Kay Brauer said, “considering that these people often go too far and make derisive comments which can then lead to an argument.” The rate of relationship dissatisfaction was particularly higher among male participants who enjoyed laughing at other.

The study’s authors clarified that their results were in no way an all-encompassing answer to relationship contentment. Many factors go into determining whether a relationship is “good” or “bad.” However, this study’s results could be helpful for couples therapy or relationship counseling, specifically in regards to how partners experience being laughed at or with. The psychologists responsible for this study hope to conduct follow-up research specific to singles, for more information on how laughter impacts our relationships.

If nothing else, swapping embarrassing stories could, in a sense, be a form of foreplay. Sorry to make you blush.