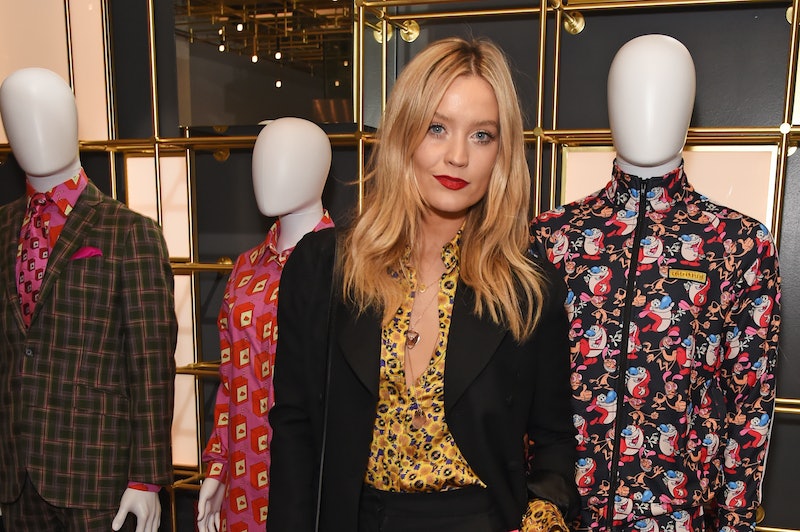 It's are just over a week until the very first Winter Love Island. This season we can surely expect more coupling up, breakups, make ups and drama. The last month has been anything but plain sailing for the show, with Laura Whitmore taking over from Caroline Flack, who stepped down after being charged with assault. As the premiere date draws closer, Laura Whitmore shared a snap of her packing for Love Island.

Whitmore uploaded a photo of herself onto Instagram with the caption, "Last minute packing....all the essentials...Cape Town here I come!" Among the items she was packing, there are three pairs of sunglasses, a camera, and of course her dog. They are man's best friend, but I'm not sure how easy it is to sneak a pooch into a suitcase. Of course, Whitmore wasn't packing any old suitcase, she was, of course, using a Love Island-branded suitcase with 'Laura' emblazoned on it. The pic also featured the show's famous water bottle. With all that merch, looks like Whitmore is more than ready for her hosting duties.

The show's new presenter recently told The Sun that she has Flack's support, explaining: "she has been incredibly gracious and supportive of me taking on the role for the winter series. She’s a brilliant host and I just hope that I can give the role the justice it deserves while she is taking some time off."

Whitmore will soon jet off for the new season with boyfriend Iain Sterling who is the show's voiceover. On Sunday, she shared some Instagram stories of a surprise party she'd planned for Stirling to celebrate his birthday which will take place while they're filming in South Africa. She jokingly got him a badge saying Happy 40th, then explained: "the joke is that his birthday is in two weeks and he's not 40." There were also a number of famous faces in attendance including presenter and comedian Joel Dommett and Friday Night Dinner star Tom Rosenthal.