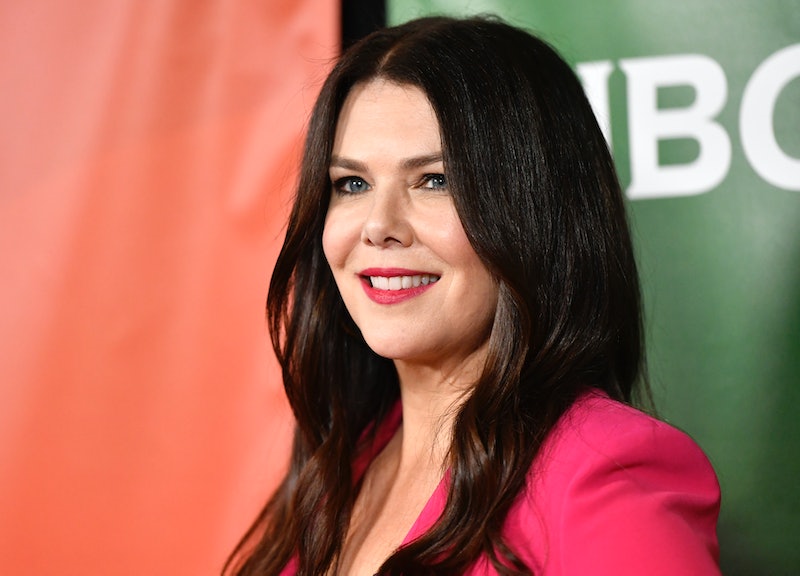 Quack, quack, quack, quack! Lorelai Gilmore is officially adding hockey to her resume. Lauren Graham will star in The Mighty Ducks reboot TV series being made for Disney+. Graham is taking on the leading role in the show based on the '90s hit movie franchise, and she's ready to lead a band of misfits to ice hockey victory.

The former Gilmore Girls star is set to play Alex, a mom who starts her own hockey team after her 12-year-old son Evan (Brady Noon) is cut from the Ducks. It turns out, 30 years later, The Might Ducks are now an "ultra competitive, powerhouse youth hockey team," according to the official synopsis obtained by Bustle. They've changed quite a bit since Coach Gordon Bombay (Estevez) first entered the picture. Actually, it sounds like the Ducks have become their worst nightmare, the Hawks.

Disney+ is reportedly still working to get Estevez to return for the series. However, a familiar face will be returning to the franchise behind the scenes. Graham will serve as a co-executive producer alongside Steve Brill, the original creator of all three films, who is a co-creator on the series as well. Meanwhile, Estevez is in talks to return as Gordon Bombay, according to Deadline.

Gordon could very well enter the picture as the coach for Graham's team. As Coach Bombay once said, "A team isn't a bunch of kids out to win. A team is something you belong to, something you feel, something you have to earn." What better way to come back to the franchise than to teach a new generation of kids that important lesson? (Hopefully with a nice "Quack" cheer added onto the end.)

Even if Estevez doesn't return, there's no doubt Graham will do just fine carrying the 10-episode series. But, it would certainly be nice for fans to see Estevez once again channel his inner Coach Bombay and quack along with her.

More like this
The First Trailer For 'That '90s Show' Includes So Many Nods To The Original Series
By Jack Irvin, Alyssa Lapid and Grace Wehniainen
Millie Gibson Still "Can’t Believe" She Was Cast As Doctor Who's Companion
By Brad Witter
Lindsay Lohan Just Recalled A Hilarious 'Parent Trap' Story
By Sam Ramsden
Twitter Is Very Torn About The Winner Of 'Dancing With The Stars' Season 31
By Jake Viswanath
Get Even More From Bustle — Sign Up For The Newsletter