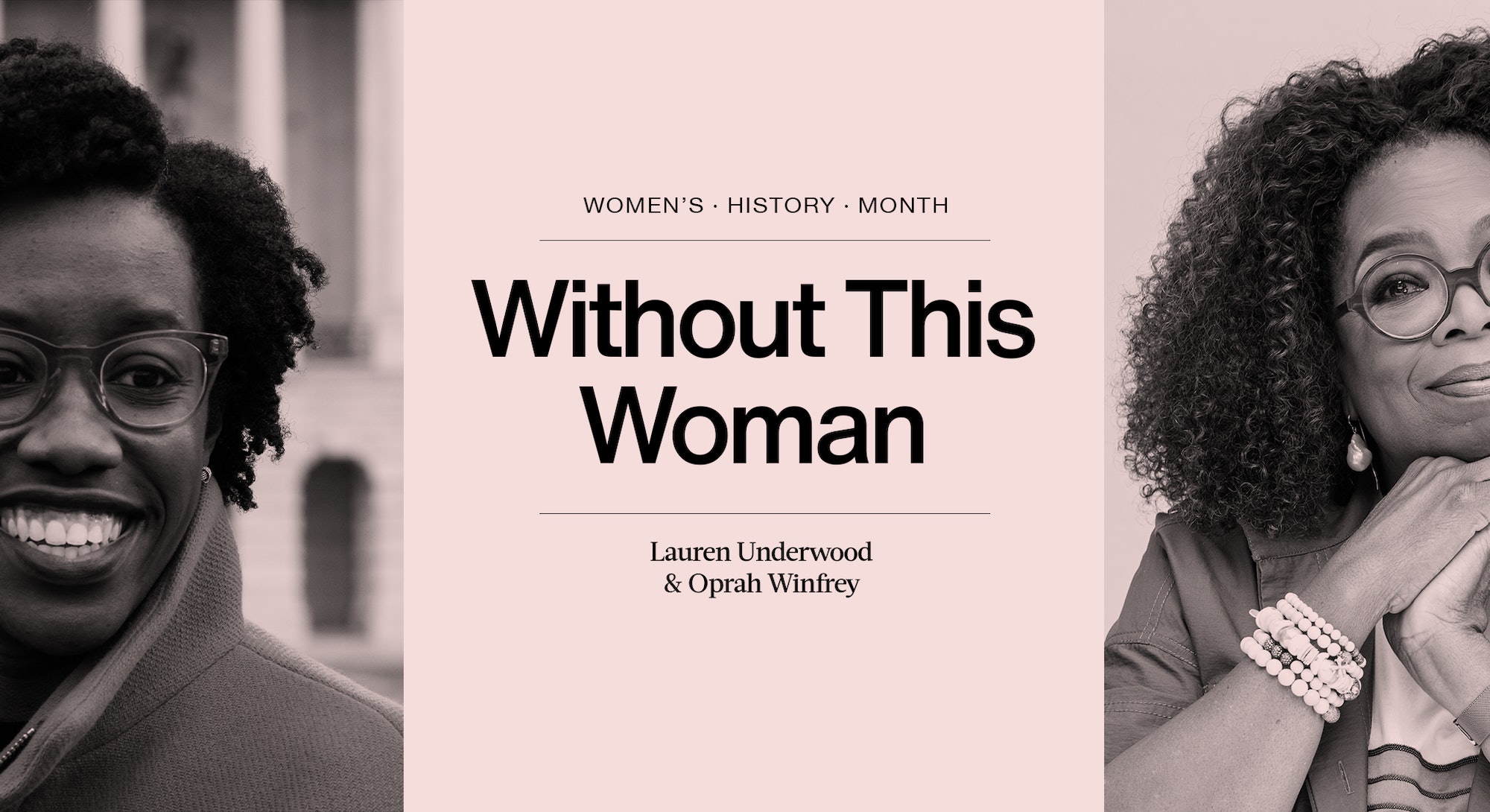 Oprah often says you can't become something you don't see. When I was a young girl, she and Carol Moseley Braun were arguably the two most powerful black women in the world. I grew up in Naperville, about 45 minutes away from Oprah’s Chicago studios. Carol, our senator from Illinois, was the first black woman elected to the Senate. In my younger mind, they were both mine — not in a possessive way, but I knew they were nearby. My perception of who I could be was never limited. Wanting to change the world never seemed “unreasonable” or “too ambitious.” I had real-life examples.

In my congressional campaign, my work exceeded other peoples' vision for me. People would verbalize it: "Who do you think you are?" "Why do you think you can do this?" "Aren't you a little young?" But my worldview was shaped by women like Oprah, who said we could do anything at a high level of excellence. We could make a difference.

Oprah was on TV twice a day in Chicago. Most days I would watch her with my mom. When I was in college at the University of Michigan, The Oprah Winfrey Show would be on around 4 p.m. I had class from 1 to 3 p.m., so my girlfriend from nursing school, Jackie, and I would rush home to watch. For Chicago-area people, the show would send emails if they needed audience members. During college, I was selected. They wanted young people in the audience, so Jackie came with me. We drove from Ann Arbor to Chicago and stayed at my parents’ house. It was when Beyoncé was unveiling the House of Deréon, and Oprah was co-producing The Color Purple musical. We saw Destiny’s Child and The Color Purple performances and got the best gift bags. We probably missed class, which was a good decision.

As millennials, we have so many examples of people finding success at 18, 19, or 20. By age 25, you could be a mogul. But Oprah's story was different. She was well into her 30s when she rose to fame with her show, and it was because she had an ownership stake, which I found inspirational. When you own your products, you have power. When you’re actively involved in the business, you have power. That’s been a great lesson for me in running for office and managing what are effectively small businesses: the staff and the campaign. I need to make sure they’re both a reflection of my values.

In this job I meet a lot of people. I’ve not met Oprah, but I hope that when I do — and I'm confident I will — she and I will be able to have a full conversation. I would not play it cool. I want to know about business. I want to know about maintaining your sense of self when you’re being externally defined by others. I want to know how she views the responsibility of having impact, particularly for black women who are rarely given opportunities to be influential. I feel like she has the answers to everything.

As told to Brianna Kovan. This interview has been condensed and edited for clarity.