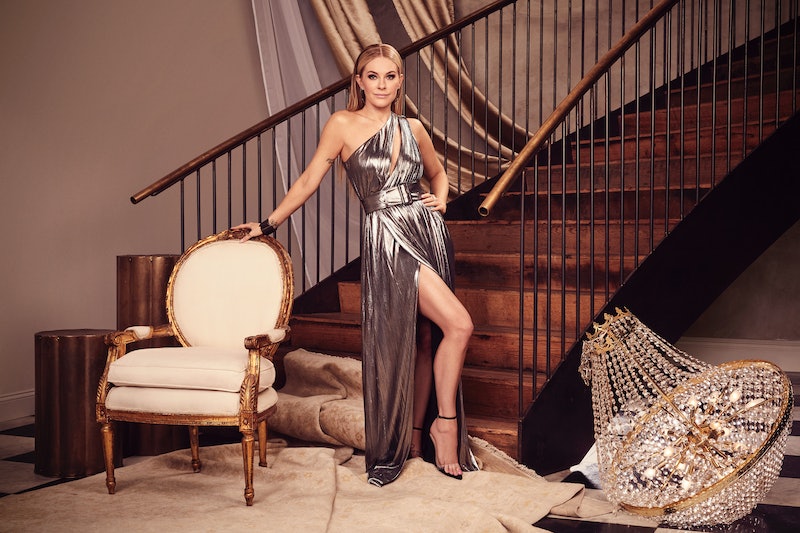 The Real Housewives of New York City has a new girl on the block, and she's already a bad-ass businesswoman in her own right. Leah McSweeney's company Married to the Mob made her a successful entrepreneur and self-proclaimed "influencer" long before she joined the show. And the history of her now 15-year-old brand proves that while Leah may be the new girl on the show, she's not one to mess with.

Married to the Mob was started after a traumatic but ultimately rewarding incident with police in 2004. "The cops were beating up a friend of mine outside the Hammerstein Ballroom at around 4am," she told the Daily Mail in 2010. "I had a bottle in my hand and, though I shouldn't have, I threw it. That's when the cop punched me." The officer proceeded to smash her into a subway grater, knocking out two of her teeth. She sued the NYPD and won a $75,000 settlement, which she used to quit her job and devote all of her time to launching MTTM.

MTTM has since established itself as one of the first streetwear brands "designed for women, by women," as described on its official site. Their apparel became known for turning cultural references on their head, and using unapologetically feminist and abrasive one-liners. The company has also collaborated with well-known brands like Nike, MCM, Reebok, and Colette Paris (before the beloved retail store shut down). Leah even went toe-to-toe with Supreme, the streetwear brand du jour, in court before they truly went mainstream.

Although the brand is still going strong today, it's also entered a new chapter with Leah's reality TV venture. Ever the entrepreneur, Leah timed her RHONY debut with the relaunch of MTTM's online shop, which went live on April 2, the same day as the show's Season 12 premiere. Married to the Mob's Instagram shows that the brand remains as empowered and edgy as ever, with loud MTTM logos and tees with slogans that you definitely can't wear to work (at least not when we all return to our offices).

Now that MTTM is back, perhaps we can expect some eye-popping RHONY apparel to celebrate Leah's spot on the show? It's what Bravo fans deserve.