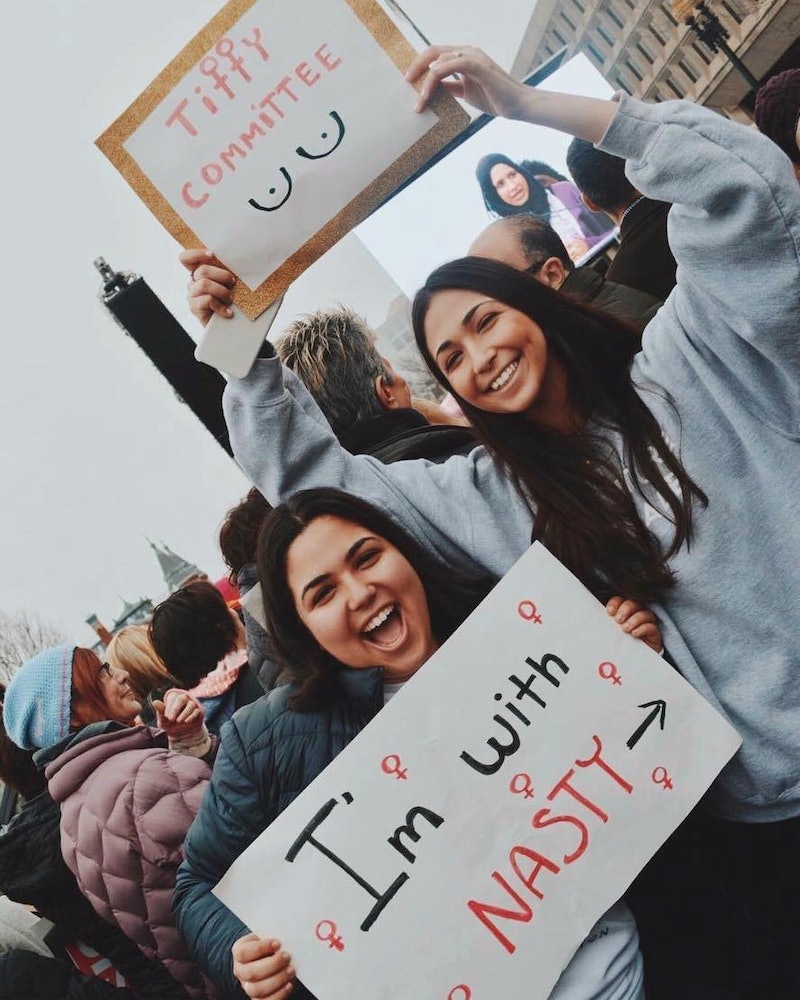 One day, when I was 18 years old, my little sister excused herself to her room, and didn't come out for a week.

I listened at her door, but didn't hear tears, or screams, or sighs; just silence. She spent all day and night locked inside, bound to her bed. Four years older than my baby sister, I struggled to understand what she was feeling. I wanted to help her in any way that I could, but I simply didn’t know how. So I sat outside, and waited.

My mother, on the other hand, took my sister's seclusion almost personally, as if my sister's inability to express her pain was a direct attack. My sister's depression drove my mother to panic. She couldn't acknowledge the depressive state that left her daughter low in energy — a stark contrast to the vibrant, dynamic girl we knew my sister to be. My mother saw the root of the issue in the physical, stemming from my sister's hormonal weight gain — while my sister says it was the stigma created by our community's value on thinness that further pushed her into "a dark place."

My mother came to the U.S. from Iran in 1974. She spoke mixed Farsi and English to me as a child. In Farsi, much less in '60s Tehran, the language around mental illness is lacking, to say the least. For example, while the Persian word afsorde means "depressed," the phrase afsorde-šodan, which literally translates as "to become depressed," is actually defined as "to wither away" — which, for Farsi speakers, can subconsciously strengthen the association between depression and its physical ailments, furthering the stigma around mental illness. My mother is a self-proclaimed progressive feminist, but she still grew up in a traditional society that often operates under the belief that if an issue isn’t addressed in the Quran, we don't need to talk about it at dinner. I grew up in a household that lacked the vocabulary to even discuss mental illness — and both my sister and I are now struggling to unlearn the fallout of this behavior.

As my sister began to make sense of her depression, she recalled how my mother had responded when her mother experienced a depressive episode, when we were much younger. “She was so frail, but no one would explain what was going on," my sister tells me. "Mom would just look distracted and talk about her protein shakes. We knew [our grandmother] was sick, she couldn’t eat or sleep, and was taking so many pills. We literally thought she was dying because neither she, nor our mother, would explain to us that she was dealing with a mental health issue." In fact, it was only after [our grandmother's] overall health had improved, years later, that we learned about her experience with depression through casual conversation with other family members.

And our mother too, had engaged in similar behavior on her own: when experiencing anxiety, she would focus on her body's pain, not her emotional conflict. My sister recalls that our mother would channel her anxiety into thinking she had a broken knee cap. “It's always the plague, never a panic attack,” she says. We both understand that our family's inability to process this comes from their lack of vocabulary around mental wellness. "They divert attention elsewhere, because that’s all they know how to do,” my sister says. For my mother and grandmother, mental health is a hazard zone marked by demons you can't see, while physical health is a safe space, marked by tangible evidence of a solvable problem.

As someone who saw these experiences intimately, but still at a remove, I took on the responsibility of learning as much as I could about mental health, determined to break the cycle. I read every article I could get my hands on, looked up the definitions of terminology I didn't quite understand, and when in doubt, always asked the "stupid" questions. I came to realize that what my sister required, above all, was someone who loved her unconditionally, who could validate the emotions she was experiencing. By offering my support on her terms, and listening whenever she needed, she and I grew closer than ever. But it has been harder for us to get through to our mother. She is so full of love for us, but whenever we try to talk about her approach to mental health, she puts up her defenses — and it's easy to see why she might feel attacked. It's a difficult line to toe: We wish we could just stop feeling the way we feel, but even though it causes her pain, that isn't how mental illness works.

As a family, we've tried to bridge this linguistic gap through active listening: entering discussions prepared to be changed by them. Although unlearning behavior continues to be extremely difficult, our comfort zones expand every day. By starting an open and honest dialogue, despite any discomfort or fear, our family continues to grow tighter knit. By showing our mother the same patience, respect, and validation that helped my sister, we are able to further build a vocabulary of mental wellness, based on unconditional love.