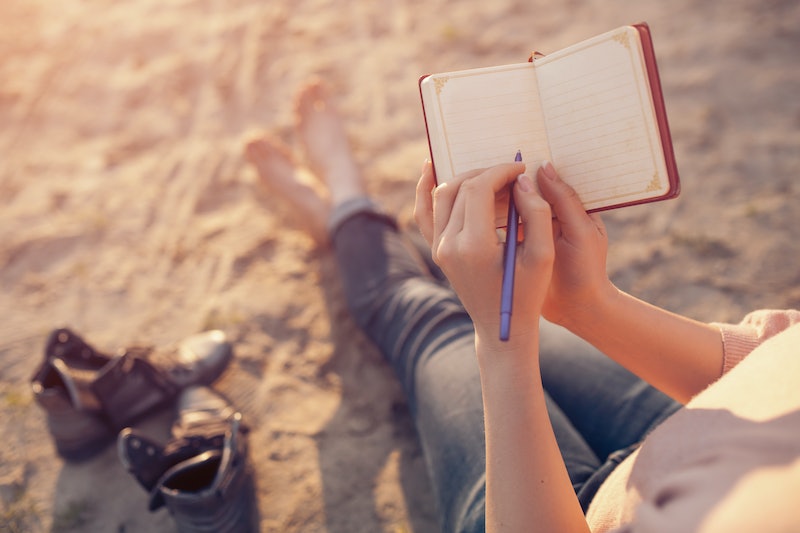 While not a left-handed gal myself, I’m the first to admit that you all are an admirable lot. While you might already know that you’re a wonderful genius if left-handedness is among your personal traits, new research shows that science pretty much agrees with you. Published in the journal Brain, the study says that left-handedness may come with some major advantages. While being left-handed is pretty rare — about 90% of the human population is right-handed, according to the study — researchers haven’t fully understood how the hand you write with connects to brain function before now.

By studying the brain scans, medical records, and cognitive health of almost 500,000 participants via the UK Biobank, researchers at the University of Oxford examined the links between genetics, the brain, and which hand is dominant in people, The Guardian reports. They found that left-handed folks get some perks when it comes to language capability. In left-handed individuals, the left and right brain hemispheres showed more robust activity in those regions associated with increased language skills. Further, lefties may be more sensitive folks overall, The Guardian writes. So, for all you lefties who’ve always known that your gifts are real, science just served up the validation you’ve been seeking.

“Many researchers have studied the biological basis of handedness, but using large datasets from UK Biobank has allowed us to shed considerably more light on the processes leading to left-handedness,” study author Dr. Akira Wiberg, a medical research fellow at the University of Oxford told The Independent. “In left-handed participants, the language areas of the left and right sides of the brain communicate with each other in a more coordinated way.”

Researchers also found that handedness might start developing in the uterus. “Many animals show left-right asymmetry in their development, such as snail shells coiling to the left or right, and this is driven by genes," Professor Gwenaelle Douaud from the University of Oxford told The Independent. "For the first time in humans, we have been able to establish that these handedness-associated … differences are actually visible in the brain.”

While less than 10% of the general population is left-handed, and under a tenth of the cohort studied were lefties, Dr. Wiberg noted that, still, “not all left-handers will be similar,” since these findings were assessed using “averages over very large numbers of people.” Additionally, the Oxford researchers found that lefties might have a lower overall risk of developing Parkinson’s disease, and may have higher rates of schizophrenia, though more research is needed to better understand these links, The Independent writes.

In the meantime, as you wait for additional research to further confirm the awesomeness that can come with being left-handed, let your lefty flag fly. After all, you just might be the next Bill Gates, Leonardo da Vinci, or Spike Lee. And while history hasn’t always been kind to left-handed folks, modern science is catching up to the fact that, if you’re a lefty, you most likely have some pretty special gifts to share.